TAGS:
The agreement to establish diplomatic ties between Israel and the United Arab Emirates announced by U.S. President Donald Trump on Thursday is as significant economically as it is for diplomatic reasons. The UAE is considered the second most important economy in the Middle East after Saudi Arabia, with a domestic product of $400 billion a year.

The free-market policies and openness to the West it has displayed for the last few decades has made it a regional power and a leader in trade, transportation, finance, and investments. Its economy is the most diverse of all the Gulf states and its reliance on oil is estimated at about 30%. The fact that it was chosen to host “Expo 2020” is evidence of the UAE’s international reputation. 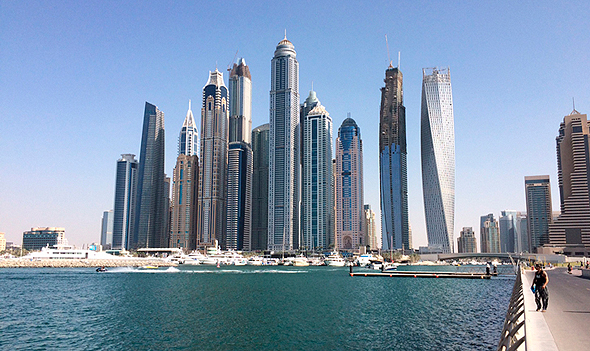 The Emirates has about 10 million inhabitants, the vast majority of whom are ex-pats. The ruler of Abu Dhabi, Sheikh Khalifa bin Zayed al-Nahian, has officially served as president since 2004 but in practice, his brother Muhammad bin Zayed is the most powerful man in the country and, in fact, one of the most influential people in the Middle East.

Following the breakdown of the Oslo Accords, the UAE refrained from open relations with Israel unlike its neighbors, Oman and Qatar, but trade and security relations were active under the radar. Now, the relationship will be out in the open, and Israeli companies in a variety of industries will have ample opportunities in a market that imports goods and services worth close to $250 billion each year. The UAE with its high standard of living, its surge of development, and a scientific and technological hunger can ignite the imagination. Moreover, the country is a coveted travel destination which hosted about 17 million tourists last year. Dubai, which is completely western is very suitable for the Israeli tourist who loves shopping, although it is not considered cheap.

Alongside the celebrations, it should be recalled that there are factors in the region that are less enthusiastic about the agreement and will do everything possible to thwart it. Foremost is Iran, the UAE’s next-door neighbor. Relations between the two countries are complex and have known ups and downs, but the frozen ties appeared to have thawed somewhat in recent months.