Tech is the new oil

Covid-19 emphasized how problematic dependency on global supply chains can be, but it is still too soon to mourn the death of globalization

TAGS:
Tech has been rocking it for a long time, with the period following the 2008 financial crisis, being one of its best decades yet. With most industries desperate for innovation, a global race was ramping up and driving tech investments across all sectors, coming from different types of investors. During the period, venture capital funds have experienced a golden age and reached a peak in terms of money raised (above $1 trillion in dry powder) alongside private equity funds and corporates, all of whom witnessed supremacy of technology investments over investments in other areas. Tech initial public offerings (IPOs) were also doing well and valuations of private and public companies soared. 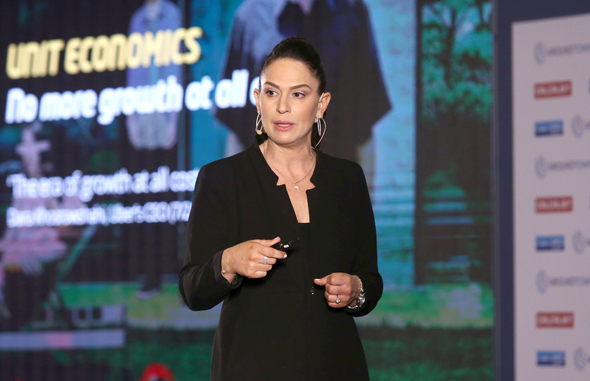 Yifat Oron. Photo: Orel Cohen
A very obvious trend was the evolvement of a global tech economy, in terms of the underlying structuring of the business, with research and development in one place, manufacturing in another, and marketing shifting towards digital channels without a specific geographic identity. Not only have tech companies become global but tech investments were global as well. Money from investors in Asia was flowing towards U.S. companies and vice-versa. The tech world had become flat. Then came Covid-19 A sudden halt created by an overarching uncertainty has also led to a slowdown in tech investments. The race to achieving growth at all costs has slowed down and shifted towards a new investment regime that is taking over, which is mainly focused on getting the unit economics right and profitability models. The devastating effect of Covid-19 on people’s lives—in addition to its economic impact—has led many constituencies to realize that tech has an important role not only in saving lives but also in allowing us to build a better future. One example of this is the ability to work remotely and allow businesses to function from home, in a smooth and transparent manner. Tech allows for remote work while protecting both data and lives. It has allowed a very quick adoption of digital methods to doing things, not only in healthcare but in many other industries as well.

Nations around the globe have been aware of the risk of too many important companies going out of business and have created economic aid packages to help their business sectors. The U.S. took the lead with its CARES Act, which quickly introduced a scheme that allowed companies to pay their immediate short-term expenses and keep the light on. The Paycheck Protection Program (PPP) has already covered 2.5 months of operational costs for U.S. companies. For tech companies, this was a way to extend the runway. So far, overall relief funds from the U.S. administration amounted to more than $500 billion, and more is yet to come.

European nations each adopted their own schemes in addition to the European Union’s European Investment Fund’s program to help financial institutions lend money to businesses that were significantly hit by the pandemic, by offering up to 80% in guarantees. The Israeli government has presented several guarantee programs, intended for banks to allow quick lending to those businesses that suffered the most. Government-backed lending was quickly adopted by Israeli Banks, which lent much-needed money to suffering companies across all sectors, tech included. So far, we have seen governments harnessing their capital and attention towards fast and direct assistance for workers and businesses and this will be what helps economies weather this pandemic storm. Anti-globalization When Covid-19 started in China, it became apparent to the rest of the world how much it depended on outsourcing parts of its value-chain. When China—starting with the city of Wuhan—was shut down, many industries around the world ground to a halt. Wuhan itself is a hub for semiconductor plants and the pandemic made it difficult for customers to continue with business as usual. Once the virus spread globally, we witnessed how the scarcity of a product or a process, especially when not done locally, can create a huge problem for any industry. The peak occurred when nations were worried about interruptions in the food supply chain and a potential scarcity of medical equipment or even medicine. Estimates are that once a vaccine is finally introduced, there will not be enough of it and each nation will try to service its own people before anyone else. This pandemic has led the world to unfold the global way businesses are used to run and function and has pushed governments to be far more supportive of local businesses, not only by helping them get funding but also by blocking imports. In terms of globalization, we are definitely witnessing a great shift from what we have been seeing in the last two decades. But, such a shift can only work if each economy can be self-sufficient and supply its local industries with enough capital to overcome this crisis. So, are we going back in time to an era when nations rely only on their own resources, human capital, and capabilities or will we continue to utilize each nation’s relative strengths? Will the free market continue to govern and drive our economies or will government budgets help build up full-scale capabilities to make nations less dependent on free trade? New earthmoving events may change the paradigm that the world is shifting towards local economies. Israel, for example, is well on its way to establishing official diplomatic and trade relations with the United Arab Emirates (UAE). One of the driving forces behind such a move is hopes of increased collaboration around technology, again proving tech is the new oil. As such, global dynamics around tech will continue to be the driving force towards increasing diplomatic and business relationships between nations. Yifat Oron is the CEO of LeumiTech, the technology arm of Israel's Bank Leumi, and the chairman of Leumi’s Innovation Committee.