TAGS:
Anyone that followed the lively monetary discussion regarding the goals of Central Banks over the last 18 months, and especially since the outbreak of the Covid-19 crisis, couldn't have been surprised that the chairman of the U.S. Federal Reserve, Jerome Powell, would take advantage of the opportunity provided by a once in a century pandemic to implement deep, necessary and urgent change and invent a new monetary policy.

Powell so far initiated only the first step towards a much bigger revolution that will change the monetary policy that has ruled the Western world over the past 50 years. If until now the Central Bank's job was to maintain inflation at around 2% with the different monetary tools at its disposal like lowering and raising interest, now it will instead be targeting an average inflation rate. So, for example, even if the rate of inflation reaches 2%, the Fed won't be obliged to immediately increase interest rates as the long-term average is what counts. 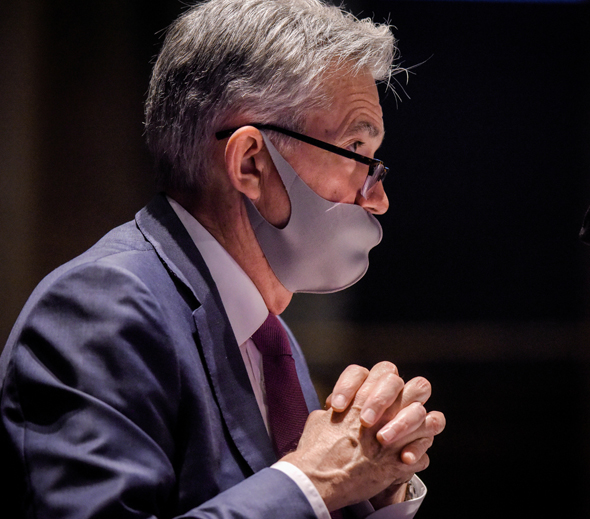 The Chairman of the Federal Reserve Jerome Powell. Photo: Reuters

The Fed has been the Central Bank that has set the tone for the rest of the world over the past five decades and it seems set to continue doing so for the coming decades as well. Not only does the U.S. still have the biggest and most influential economy in the world, but most of humanity is still conducting deals in its currency. This latest move by the Fed will have far-reaching ramifications, the first being that interest rates could remain around zero or even become negative. With coronavirus changing everything, including monetary policy, Central Banks need to be invested in more than just stabilizing prices, notably full employment with an emphasis on employees earning lower incomes.

Over the weekend it was reported that one million Americans had applied for unemployment benefits over a single week, five times the weekly average pre-Covid. This is the second week in a row that the number of applications has crossed the one million mark. The unemployment rate in the U.S. is still in double figures (10.2% as of July) compared to 3.5% before the crisis. These are figures that the U.S., and Israel for that matter, can't live with. This means that with interest rates to remain around zero for the foreseeable future, Central Banks will need to use other tools and tricks at their disposal like purchasing bonds and injecting money into the markets. 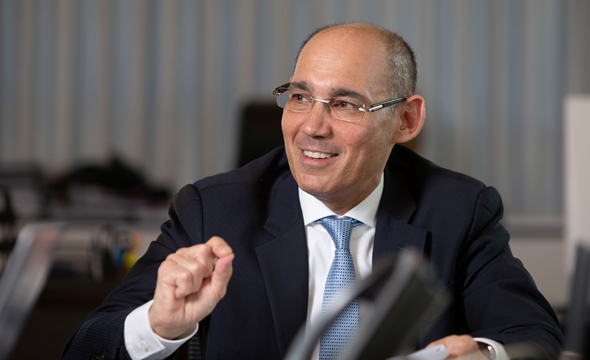 The Governor of the Bank of Israel Amir Yaron. Photo: Alex Kolomoisky

As for Israel, anyone who has been following the moves of the governor of the Bank of Israel, Amir Yaron, who spent much of his professional life in the U.S., can see the similarities between his policy and that of Powell. With Israel being a small market and the U.S. acting as its main trade partner, the Israeli monetary policy is closely connected to that of the Americans. If Powell plans on leaving interest rates low for many more years, that means that Yaron and his successors will be doing the same. Otherwise, the margin in rates will increase and the Israeli shekel will rise in value compared to the dollar. The dollar is already at a 12-year low compared to the shekel, being traded at NIS 3.35 for one dollar. A further depreciation will severely hurt export, which is already suffering due to Covid-19. All this means that the Fed's decision is also significant to Israelis as it means the price of money in Israel will also remain almost free. Loans will be much cheaper, whether for people taking mortgages, businesses, or even the government. This is a positive development with the world experiencing its worst recession since 1918.

But it isn't all good news. The period of free money began in August 2008 and not August 2020 and this leads to bubbles in real estate and other financial assets. Hence why we are seeing surges in stock markets across the world during a deep recession. Low interest rates discourage saving in the short-term and encourage consumption, which is exactly what the Fed is trying to achieve during a recession.

Powell's answer doesn't solve the real problem which is the lack of inflation. How will Central Banks react if inflation settles at under 2% for extended periods? 2019 was the sixth year in a row that the Bank of Israel missed its inflation target (under 1%) and 2020 is going to make it seven straight. In competitive and open markets the prices are currently low and are only likely to get lower. This is a trend that is only set to intensify in a world suffering from a recession. Powell's change is welcome but is far from sufficient. Powell said that ultimately inflation doesn't mean growth which may be his way of setting the stage for an even bigger change: the setting of a nominal economic growth target (combining GDP with inflation), but that remains to be seen.