TAGS:
As one of Israel's closest neighbors, both from a geographic and friendly standpoint, and with ever-strengthening cooperation, Cyprus is shaping up to be one of Israel's most promising trade partners.

The collaboration between the two countries manifests itself in a multitude of sectors, such as energy, defense, business, tourism, research and innovation, health, and more. Over the past five years, the bilateral relations have also served as a foundation for regional and international strategic partnerships, including the establishment of the Trilateral partnership between Cyprus, Greece, and Israel (with the participation of the U.S.) and the formation of the Eastern Mediterranean Gas Forum (EMGF).

Israel ranks as Cyprus’ fifth largest trading partner, with the Israeli market mainly serving as a destination for significant volumes of Cypriot industrial products of mineral origin (such as cement and gypsum) as well as fish products resulting from aquaculture activities (such as farmed seabass and seabream).

Cyprus on the other hand, serves as one of the most important export markets for Israel’s refined petroleum products industry. In all, bilateral trade of services between the countries increased by more than 30% from 2017 to 2018, closing on $950 million. 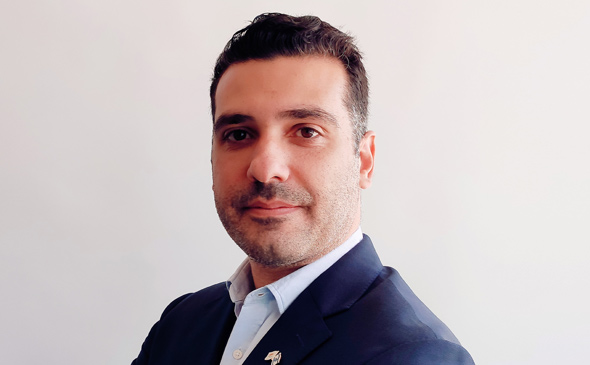 The importance of Israel to the Cypriot economy can also be seen in the fact that Tel Aviv is home to one of just 13 trade promotion missions of the Republic of Cyprus worldwide. The Cyprus Trade Center (CTC) operates under the auspices of the Cyprus Ministry of Energy, Commerce and Industry as the commercial and economic section of the Embassy of Cyprus.

Sofronis Papageorgiou, head of the CTC at the Embassy in Tel Aviv, explained how Cyprus’ and Israel’s economies complement each other.

"Both countries have service-oriented economies, with differing qualitative characteristics. Cyprus is a competitive international business center, with strong expertise in areas such as financial, professional and administrative services, tourism and hospitality, shipping, and real estate," he told CTech. "Israel is a global leader in research and innovation, generating high-tech products in an array of areas such as cybersecurity, communications, agriculture, and health."

Papageorgiou believes Cyprus can also serve as an ideal point of entry to the EU for Israeli companies. "Cyprus, as the EU Member State and Eurozone Member that’s closest to Israel, may serve as a gateway for Israeli companies to do business from and within the EU Single Market. In fact, there are a plethora of Israeli companies that have established presence on the island via the establishment of regional headquarters or remote offices. Examples of Israeli-founded companies with Cypriot presence include Amdocs, eToro, ePlane and Viber Media (up to its acquisition)," noted Papageorgiou.

Papageorgiou explained that Cyprus’ competitive tax framework (12.5% corporate tax rate, Double Tax Treaty network of more than 60 countries) alongside benefits stemming from its transparent regulatory framework make it an ideal location for Israeli businesses. He is hopeful that a treaty for the avoidance of Double Taxation between Cyprus and Israel will also be finalized soon. "The short distance between our countries provides a unique opportunity for maintaining regular face-to-face contact with remote teams and to oversee business activities in a more effective manner," he said.

As the two countries face similar challenges due to their common geographical position, cooperation is all but obvious in areas like the impact from climate change in the Eastern Mediterranean, the scarcity of water resources, limitations in agricultural activities, the ever-growing need for food availability and quality, as well as security concerns. 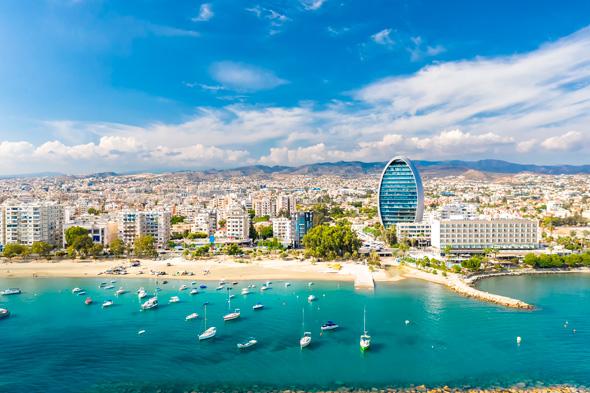 The Cyprus Government recently announced that a Cypriot-Israeli consortium bid for undertaking the Larnaca Port and Marina development project (estimated budget €1.2 billion) has reached the final stage of assessment. Should the deal go ahead, it is expected to serve as a catalyst for boosting commercial relations between the countries and have a positive impact in the areas of trade, transport, tourism, hospitality and technology.

The Covid-19 pandemic has unsurprisingly struck a blow to the trade between the countries, with tourism also inevitably suffering. The significant growth of Israeli visitors observed during the past years (increasing from 69,000 in 2015 to 294,000 in 2019), has placed Israel as the third biggest tourist market for Cyprus. This has all been halted due to coronavirus, but Papageorgiou believes that there won't be any "permanent damage to trade and tourism flows between the countries."

Cyprus and Israel have coordinated on several joint actions in relation to Covid-19, including an agreement on the exchange of expertise and treatment methods between Covid-19 national treatment centers, namely, Sheba Medical Center, Famagusta General Hospital and the Intensive Care Unit (ICU) of the Nicosia General Hospital.

Papageorgiou said that Israel's tech industry is of particular interest to Cypriot companies. "There are several verticals which Cyprus may benefit highly from such as agritech, watech, fintech, cyber and others. Systems Integration and IoT applications, especially in the development of Smart City solutions are also areas that are in the early stages of development and are concentrating great interest from Cypriot authorities, academia, and the private sector," he explained. "Israel’s overall governance framework in encouraging, funding and supporting startups is internationally recognized as a role model. Inspiration is being drawn from it, at a strategic but also at an operational level. Indicative examples include the establishment of the Office of the Chief Scientist in Cyprus in 2018 and the rollout of a two-week educational program in Israel offered by the Israeli Ministry of Foreign Affairs to Cypriot and Greek startups, young entrepreneurs and ecosystem stakeholders on an annual basis."

Energy is another industry that is of major interest. "Collaboration in the development of natural gas reserves in the Eastern Mediterranean region is already in place, with the involvement of Delek Drilling as a consortium partner in the Aphrodite gas field in Cyprus’ Exclusive Economic Zone (EEZ). Moreover, Cyprus, Israel, Greece, and Italy are jointly promoting the EastMed Pipeline, a subsea gas pipeline project, aiming to provide a route for Eastern Mediterranean gas to the European market," said Papageorgiou. "At the same time, Cyprus, Israel and Greece are promoting the EuroAsia Interconnector project, aiming to connect the electricity grids of the three countries, thus, ending Cyprus’ energy isolation and providing additional commercial opportunities for all partners involved, via cross-border electricity production and trading."

Papageorgiou believes that Cyprus provides an ideal destination for Israeli companies for the establishment of EU and international operations. "Access to fluent English-speaking local, and other European, talent, especially in areas where human resources are currently scarce in Israel, like tech,” he noted. “This may be beneficial to Israeli companies looking into alternative solutions to the options of local operations, outsourcing to distant destinations and struggling with a language barrier, legislative and other overheads.”