Once you POP you can’t stop?

The POP surges of tech shares on their opening day of trading are showing no signs of slowing down, but not everyone agrees this is a good thing

TAGS:
"We analyzed all the IPOs from the past five months, read registration filings and followed prices. We were shocked that there were spikes of 70%, 100% and even 200% in stocks on the first day following the IPO. That is bordering on irresponsible by all parties involved, including the company and the bankers," JFrog CEO and co-founder Shlomi Ben-Haim told Calcalist last Thursday, the day of his own company’s Nasdaq debut. JFrog settled for a modest jump of 50% in its first day on the market, and no one was happier than Ben-Haim that the company's stock didn't rise any further. Sounds like a paradox? Not necessarily. The POP phenomenon in which stocks surge on their opening day has become all-important over recent years and some might say that it has been blown completely out of proportion. Wall Street has always loved shares that put on an impressive first show, but doubling your value on the first day is raising more and more questions: Is this a measure of a firm’s attractiveness? Or perhaps a sign that it left money on the table? If the second option is correct then this is money that could have helped the company and supported its future growth. That in time would have benefited the public that invested in the company, which is ultimately the natural partner for publicly traded companies, rather than benefiting investment bankers in Wall Street who were given the shares at a discount price. 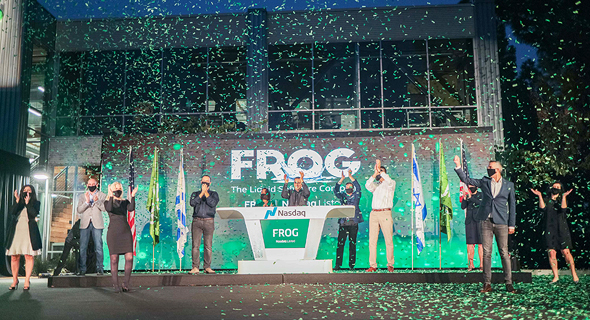 Last week, it was software cloud company Snowflake that rose 112% on its opening day, reaching a value of $70 billion, more than that of Dell. This may not have been the biggest POP in history, but according to Jay Ritter, a University of Florida finance professor, Snowflake left on the table a record sum of $4 billion.

The meaning is that the cloud-based data-warehousing company, which needs to compete with the likes of Amazon, Google and Microsoft, could have raised almost double the $4.3 billion it got in the IPO. Amidst all the excitement of snowflakes falling on Wall Street in a warm September day, the fact that this is a relatively small company that has sales in the region of just $500 million a year was easily forgotten. Snowflake became one of the most expensive companies in New York with an average multiple of 175 over the past four quarters, dwarfing even that of Zoom, which is considered high at 89.

Was the Snowflake POP the result of a mistake by the underwriters, headed by Goldman Sachs? Or perhaps it was irrational elation by investors? It was probably an unhealthy combination of the two. In most IPOs, including those of JFrog and Snowflake, the underwriters raise the price of shares once they identify a high demand. But clearly they didn't raise it enough or didn't increase the number of shares on sale sufficiently. Nevertheless, it is difficult to label this as a mistake when considering it is the most powerful banks in Wall Street that are acting as underwriters in these cases, Goldman Sachs in the instances of Snowflake and Lemonade, and Morgan Stanley with JFrog.

Ritter has warned that the last time POPs of such magnitude were experienced was back in the peak of the dot.com bubble in 1999. But unlike 1999, there is a good explanation of why the shares of software companies are booming. With the big tech companies like Amazon, Google, Facebook and Microsoft, already having an inflated value, investors are looking to make money with smaller companies who are experiencing a rise in demand for their products due to Covid-19. JFrog had just wrapped up the best quarter in its history while Snowflake benefits from the magic word "cloud," which is like a vaccine for remote work. IPOs of software companies are expected to continue in the coming weeks, but not everyone is cooperating with the Wall Street model. Peter Thiel's Palantir has decided to go public in a direct listing, meaning it won't be using underwriters to set the price of the shares and effectively the value of the company. The demand by buyers will determine that. Spotify and Slack went down the same path in the past. This method, which has been promoted by Silicon Valley chiefs over recent years for being fairer, is supposed to provide a better estimate of the true value of a company without any deals taking place behind the scenes or any guaranteed POPs.