Remote healthcare, cybersecurity and digital payment solutions are all currently in demand according to Israel's economic attaché in Mumbai

TAGS:
It is no secret that India is one of Israel's main trade partners. According to the Israel Export Institute, India was ranked eighth overall among all countries, and second only to China in Asia, as an Israeli export recipient in 2018. Overall trade reached a sum of $2.2 billion, up 10% from 2017. While New Delhi may be the capital of India, it is Mumbai which serves as its commercial center, hence why the Israeli Ministry of Economy opened a separate economic mission in Mumbai in addition to the one at the Israeli embassy in Delhi and another in the southern city of Bangalore. Sagi Itcher, Israel's current economic attaché in Mumbai, had an especially challenging start to his tenure which began in February of this year. He only managed to spend a couple of weeks in the country before it entered a Covid-19 lockdown and he returned to his wife and young daughter in Israel who had yet to join him. It would take more than three months until he finally returned to India, forcing him to simultaneously get accustomed to his new role and the new normal of remote work with his Mumbai staff 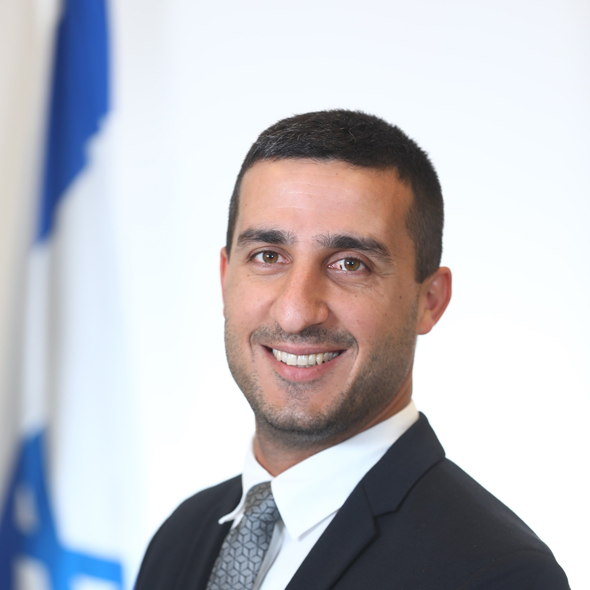 "The start was very challenging for myself and the mission's employees. But very quickly everyone adjusted to working virtually, which also created many opportunities for us," Itcher told CTech. "Many senior Indian executives who we struggled to schedule meetings with previously were now at home and had more free time so we managed to arrange Zoom meetings with them.

"Despite what we had thought, that with Indians you must meet physically, shake hands and eat lunch together, which was my approach and essentially that of everyone else who worked in this market, we discovered that the initial contact with Indians can also take place over Zoom and that is certainly a suitable way to introduce Israeli companies," noted Itcher. "I think this is something that will stay with us after Covid-19. In order to understand if a certain company is relevant it isn't necessary to fly to Israel or India. A Zoom meeting is more than sufficient."

Itcher traveled back to India at the end of July on a plane carrying a special Israeli delegation, led by the Directorate of Defense Research and Development (DDR&D) in the Israel Ministry of Defense, and the Ministry of Foreign Affairs. The delegation delivered aid and supplies to combat the pandemic and completed a series of tests to determine the effectiveness of several Israeli technologies developed for the rapid diagnosis of coronavirus. The delegation collected some 20,000 samples, a sufficient amount to test and validate four Israeli diagnostic technologies: voice test, breathalyzer test based on terra-hertz waves, isothermal test, and polyamino acids test. The joint team which included representatives of the Ministries of Defense, Foreign Affairs, and Health, set up six drive-in sites in the city of Delhi for sampling purposes, and two labs for data processing using technology brought from Israel. "The goal is to bring to the world the technological capability to perform rapid corona tests within seconds, which will enable the opening of airports, office buildings, schools, train stations and more," said Israel’s Defense attaché to India, Col. Asaf Maller. Infection cases have surged in India over recent months. On September 7, India surpassed Brazil with 4.2 million confirmed cases to become the country with the second-highest number of confirmed cases in the world after the U.S. Nine days later, the total number of confirmed cases reached five million, with more than 94,000 Indians dying of Covid-19 so far, the third-highest death toll in the world after the U.S. and Brazil. The pandemic has of course also handed the Indian economy a massive blow, with the country experiencing its deepest recession since it started publishing gross domestic product numbers in 1996, with its GDP shrinking nearly 24% in the second quarter of 2020 compared with the same period last year. The contraction was the country’s biggest in decades and the worst second-quarter decline among the world’s top five economies. Nevertheless, India had the world’s fastest-growing economy as recently as 2018, and Itcher said a recovery is currently underway, presenting plenty of opportunities for Israeli companies. "Remote healthcare, cybersecurity and digital payment solutions have all received even more focus due to Covid-19," noted Itcher. "Even people who were previously deterred from using digital payments have started to do so recently as they had few other choices. The banks hardly opened and businesses were closed so it was difficult to make purchases without digital solutions. Being in India's economic center, we are constantly trying to promote Israel's fintech and insurtech solutions and connect them with Indian companies. We continuously tell Israeli companies that there is a big fintech market here and that is only growing and gathering steam. The retail sector alone here has a revenue of $800 billion a year. The potential is huge and there is plenty of will by Indian companies to check out Israeli solutions and purchase them as well." Itcher also had some important advice for Israeli companies aiming to do business in India. “The Indian market is very price sensitive and it is customary to bargain on the price. That is on the one hand very challenging, especially for Israeli startups that don't have much money. On the other hand, once you manage to close your first deal with an Indian company, other Indian companies will find it much easier to trust you and buy your products,” he explained. “This attitude isn't just towards Israelis, but something that is part of the local business culture. Closing your first client is a process that requires patience and composure from an Israeli company and we provide all the support we can as a mission. But once you have closed that first deal everything will become easier. You need to get your foot in the door and that then leads to more future deals.”