TAGS:
A historic moment that could forever change the local tech industry, as well as the stock market, dramatically affecting the public's pension funds, occurred this past Thursday following what was almost a technical procedure. The Israeli Ministry of Finance, the Israel Innovation Authority, the Israeli Capital Market Authority, and the Israeli Securities Authority announced the 10 institutional investment firms selected to participate in a program to incentivize investment in Israeli tech companies in early stages of sales and growth. The institutional investors approved by the committee were: Mizrahi-Tefahot Bank, Menora Mivtachim Insurance, Migdal Insurance Company, Psagot Investment House, Leumi Partners, Discount Capital, The Phoenix Insurance Company, More Investment House, Poalim Capital Markets and Clal Insurance Company. Applications valuing NIS 3.25 billion (approximately $950 million) were submitted to the program, which is the latest in a series of measures taken by the Ministry of Finance and the Israel Innovation Authority (IIA) to help the tech sector during the Covid-19 crisis. The committee approved a safety net for the 10 institutional investment entities to cover investments with a total value of NIS 2 billion ($580 million). Approved institutional investors will receive protection from the state for a maximum of 40% of the value of their investments, meaning the tech sector is set to receive NIS 4-5 billion in investments over the next 18 months, with government sources predicting that most of the sum will already be invested over the next year. The portfolio will be managed by the relevant institutional investor for a period of 8.5 years (18 months in which the investment will be carried out and another seven years of portfolio management).

This program turns the institutional investors into significant players in the local tech scene, as in all of 2019 Israeli tech companies raised a record total of $8.3 billion. In 2018, tech firms raised $6.4 billion, with the sum in 2020 likely to be closer to that of two years ago rather than last year due to the coronavirus crisis. Should the institutional investors invest $1.5 billion as expected, that will give them a 20% share of the market, but the significance of their entry is even greater than that. 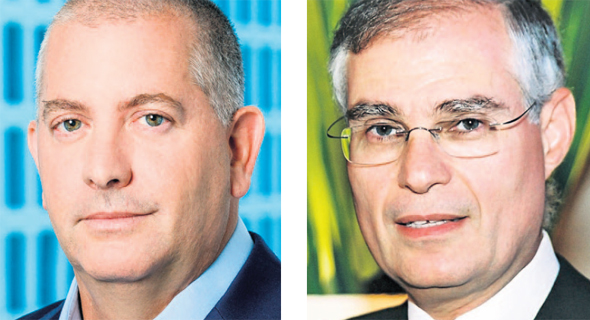 Firstly, this program brings institutional investors into the market through the front door and the expectation is that they won't leave it once their safety net expires, but rather that they will go on to increase their presence. With investors required to maintain their stake in the startups for at least seven years following their investment, it is likely they will also choose to invest in future rounds, which according to government sources is expected to reach an additional total of NIS 1 billion that will not benefit from the state's safety net.

Institutional investors each manage somewhere between tens and hundreds of billions of shekels in assets so even though they can invest a maximum of NIS 120 million in each round under the safety net program, it seems likely that they will broaden their investments even further. Nir Adler, general partner at Tel Aviv-based venture capital fund State of Mind Ventures (SOMV), which invests together with Menorah Mivtachim, one of the institutions selected by the committee, believes that will indeed be the case, saying: "This program is a shot in the arm for investments of even greater sums."

In addition, should the institutions succeed in these investments, other institutional firms are likely to follow suit. While almost the entire banking establishment (apart from The First International Bank of Israel) is part of the program, there are many investment houses and insurance companies who didn't apply or applied and weren't selected to benefit from the safety net. Nevertheless, it is estimated that they will also ultimately choose to invest in tech.

One of the biggest beneficiaries of the program will of course be small startups that are currently struggling to raise funds, especially due to the Covid-19 crisis. The market is currently controlled mainly by foreign funds, mostly that of VCs and U.S. institutional investors, with several big Israeli VCs like Pitango, Viola, and JVP working alongside them. The goal of the program is to alter the balance of power, but it will also lead to competition that will make it easier for startups to raise money. During the tender process, the institutional firms claimed that they aren't planning to compete for investments in the traditional sectors of Israeli tech but rather invest in newer fields like foodtech, biotech, healthcare, fintech, and insurtech. It isn't just small startups that will benefit from the program, with smaller VCs also likely to see their opportunities grow. "If in the past we could invest $5 million in each round, now together with an institutional investor we can offer double that amount and compete for investments with the bigger VCs," a manager of a small Israeli VC told Calcalist. There is, however, also a concern that due to the growing competition money will also be invested in startups that are unlikely to succeed. According to the program, institutional investors need to invest together with VCs and other organizations who have expertise in this sector, but due to the stiff competition with other institutional investors, there could be a situation in which they ultimately put money into investments they don't fully believe in, while investing alone, outside the program, in companies they really have faith in. Adam Fisher, a partner at Bessemer Venture Partners, thinks the program is wasteful. "The Israeli tech sector is on fire and the government is adding a giant squirt of lighter fluid. This is the last sector in the country that needs help right now. This is an embarrassment," he tweeted last week. According to one of the leading figures in the local tech scene, there is "no chance" that the program will lead to the squandering of public funds. "The institutional investors that are part of the program won't use the safety net simply because the chance that an investment of hundreds of millions of shekels will result in a negative return is extremely low," the leading figure told Calcalist. "If that does happen it will be insignificant. In addition, one good investment will make up for many poorer ones." The program should also benefit the public's pensions. Until now, institutional investors weren't invested in local tech companies which meant that savers didn't benefit from most of the massive exits achieved by Israeli startups. Aharon Aharon, the outgoing CEO of the IIA, said in an interview to Calcalist that it makes no sense that Israeli savers won't enjoy the fruits of Israeli tech while American savers, who are invested in Israeli tech via their pension funds, do. Moshe Bareket, Director General of the Israel Capital Markets, Insurance and Saving Authority, echoed a similar sentiment. "The fact that a substantial allocation has been awarded to the banks rather than to pension plans will prompt the Innovation Authority to widen this plan in order to ensure that NIS 2 billion will benefit the saving public rather than the banks." On the other hand, senior executives at the IIA rejected that claim and said that "in order to create a structural change in the market there is a need to create competition and an ecosystem. You need varied players who each operate differently and bring different qualities."
Buzz