Deutsche Bank and existing investors J.P. Morgan, Citi and Goldman Sachs also participated in the new round after Covid-19 pandemic resulted in cancelation of round planned for February

Israeli fintech company AccessFintech announced on Tuesday the completion of its $20 million series B round, led by Dawn Capital, and with the participation of Deutsche Bank and existing investors J.P. Morgan, Citi and Goldman Sachs among others. It brings the total capital raised by the company to date to $37 million.

AccessFintech was founded in 2015 by Roy Saadon and Steve Fazio, founders of Traiana Software which was sold to the British ICAP Group for $247 million in 2007. AccessFintech has created a technological platform for financial institutions which allows participants to share financial data in order to mitigate risks during trades. AccessFintech has created a network of financial institutions (banks, broker-dealers, custodians and asset managers) who share financial information and regulation of work processes, with an emphasis on irregularities, distributing data, onboarding vendors and workflow management. 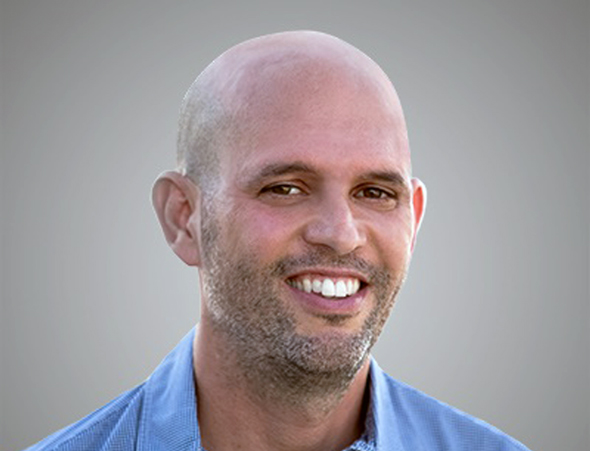 "Anyone from outside the financial world doesn't know that about 5% of trades aren't completed without intervention," co-founder and CEO Saadon told Calcalist. "Until now this was a manual process that included many organizations and was done inefficiently via calls and emails. We managed to convince banks to use a more innovative and collaborative model, but there were psychological obstacles that we had to overcome along the way."

According to the company, it cleared 350 million trades in the month of July alone. Saadon said that Covid-19 gave the company a boost, but that there was a lot of uncertainty at the company at the start of the pandemic, after a planned funding round was canceled at the last moment. "We were supposed to close a round in February and it fell through due to the Covid-19 pandemic. Fortunately, our company became crucial to the financial industry and managed to close a new round instead of the one that was canceled. The existing investors were always going to participate in the round, but we also managed to bring on board a VC instead of adding only banks, and also added Deutsche Bank as an investor. It was a nerve wracking six months, but ultimately the current circumstances worked to our advantage. "One of the reasons we are relevant is timing. We entered the market at a point in which the banks understood that they need to change their perception, in particular due to their fear that tech giants like Google and Amazon will begin to provide financial services on their broad platforms. All the banks want to become tech companies these days and we showed up at a stage when they wanted to leverage their data to their advantage, even if that means relinquishing part of their ownership of the data. Covid-19 only increased the pressure on them." Saadon added that AccessFintech's uniqueness can also be seen in the fact that unlike most Israeli companies who only develop and sell a platform, his company also takes responsibility for the operational aspect of the platform. Saadon said the banking giants that invested in the company are also its clients, although he noted that the company had to go through the standard sales process to bring them on board. "A major advantage which we enjoy today is the network of contacts we created in the financial world while at Traiana. This is a world built on personal trust and people feel that they are taking risks when doing business with a new company. One of the obstacles I needed to overcome was how to convince a bank to choose us. "

Steve Morgan, head of markets operations solutions at Citi, said: “Our aim is to automate post-execution practices, whilst improving our user experience through the use of innovative technology solutions. Our partnership with AccessFintech represents another example of Citi’s culture to embrace collaboration with startup technology firms. We are working closely with AccessFintech to help us on our continual drive to provide an exemplary service to our clients by reducing complexity and exceptions as we move towards a fully automated environment.”

Sarah Shenton, strategic venture and growth investor at Goldman Sachs said: “The pandemic has accelerated widespread adoption of fintech, a trend clearly seen at AccessFintech in terms of new participants and volume on the platform. AccessFintech’s offer has successfully created a shared data network and workflow, enabling more collaborative and efficient exception management." Stephen Bell, Global Head of FIC and Securities Services at Deutsche Bank said: "Partnering with and investing in fintech firms as well as developing in-house expertise is essential to be at the cutting edge of financial services, as clients seek quicker and simpler electronic applications of previous processes."