While politicians are used to being hated, the real victim of recent times is probably science

There are many who might argue that the last four years have caused irreparable harm to politics in America, Israel, and elsewhere. Consider the immediate outcry from the hug heard around the world between Democratic Senator Diane Feinstein and Republican Senator Lindsey Graham at the end of the recent Senate hearing on the nomination of Supreme Court Justice Amy Coney Barrett. Many progressives, aghast at the show of civility, were calling for the cancellation of 'DIFI.'

Keep in mind that this was a friendly hug between colleagues who had worked closely with each other for decades, albeit on opposite sides of the aisle. Yet the war metaphors of current politics have incensed ‘the Base’ to such a degree that although both senators are arguably working toward similar, though still very different versions of the same outcome (good democratic governance under a constitutionally defined rule of law?), some of their constituents think that they should still treat each other more like actual enemy combatants. 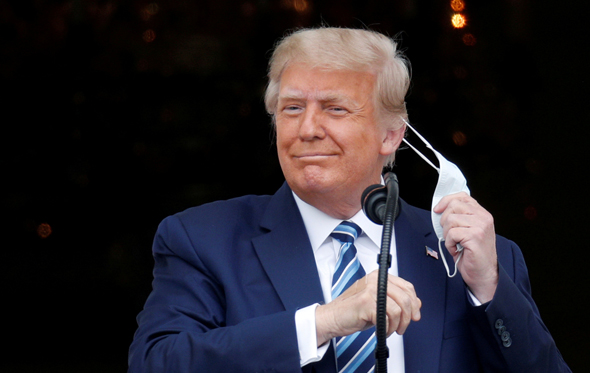 While politicians are used to being hated, the real victim of recent times is probably science. The constant beat of the 24-hour news cycle, likely tracing back to the First Gulf War, has been part of our daily life for a while. However, the public, it seems, has not yet become accustomed to the 24-hours science news cycle and the confusion that it brings. This fog of scientific advancement is new and like the confusion of the fog of war is discombobulating for many. Most of us are used to getting most of our science news in summary sound bites, after the dust has settled, not before the preprints are even available.

Not so in the current Coronavirus Climate where today's science may contradict that of tomorrow's. The conflicting reports, result from the normal progress of science through hypotheses that are predicted, pondered, and then sometimes ultimately disproved, had until now, typically occurred only behind the scenes. Moreover, most of us are also used to science that is definitive, like what we get on television through shows like the CSI series, or through the increasing number of documentaries available on the various streaming channels.In our modern world, scientific uncertainty is disconcerting.

In other columns, we focused on some of the confusion caused by various scientific authorities first vehemently arguing against the general population wearing masks, and then just as vehemently in favor, given a shift in strategy for disease prevention.

Now with the winter approaching, we may or may not see yet another conflicting set of directions, perhaps raising new questions regarding the cost-benefit analysis of everyone wearing face masks, especially when most are wearing them improperly or reusing disposable masks at the risk of affecting their own health and those of others. Research has long had issue with long-term efficacy, for both the user and those in their immediate environ, of disposable facemasks not designed for the continuous wear that many are now subjecting them to. Others may decide that they would rather simply not go out in public and risk the legal and social shunning repercussions of not wearing a mask, rather than get "maskne" — those irritating facial rashes from masks.

Unfortunately, as we don’t yet know how the science will play out, it’s best to continue to follow current health guidelines. But if those guidelines shift substantially, and we are told to forget everything science told us last year in favor of science's positions this year, we might suffer continued erosion of faith in our scientists and science policymakers, and the further politicization of science it results in.

Another area where science advancements may change policy is on the Moon. Fortunately, though these advancements, while exciting, are unlikely to feed into that growing distrust. 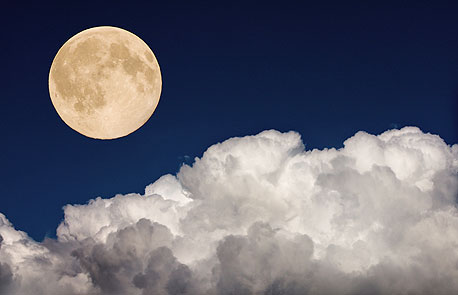 NASA announced that the Moon was wetter than science had previously predicted. Photo: Shutterstock

This past week NASA announced that the Moon was wetter than science had previously predicted, revealing that there was a substantial amount of water on the moon both in the shadows and in those areas warmed by the sun.

The discovery of water on the moon is not necessarily that important for lunar colonies, we are at this point relatively proficient in creating and recycling our own water. Although it can’t hurt to have more water up there.

More importantly, it remains unclear what the discovery of water on the moon portends for the scientific conventional wisdom that the moon is lifeless. Water is a basic requirement for life as we know it, but the water that was discovered isn’t free-flowing water that we are familiar with, rather it is “stored within glasses or in voids between grains sheltered from the harsh lunar environment.”

But while it is unlikely that the surface water in its current form and its current unshielded location, exposed to the sun and galactic cosmic radiation can support life, its existence may lend credence to research suggesting that there is additional water under the surface of the moon in radiation-shielding lava tubes and that water might actually harbor life, or may have in the past.

So if life does or did live on the moon, and that remains a big IF, science may need to revise another set of longstanding notions, the planetary protection policies that have assumed for decades that we can effectively send whatever we want to the moon without the fear of contaminating life or confounding former evidence of life.

One could only imagine the exorbitant costs associated with sterilizing all of the lunar equipment for a moon base and mining operation.

However, water is only one ingredient to sustain life on the moon. We will soon get another equally important requirement for life. 4G internet service by 2022. And without any of the standard Earth-based interference, it will likely be even better than standard internet access at home, courtesy of Nokia. Maybe a couple of years from now, looking down at our pale blue dot from the vantage point of the moon, our astronauts will be moved by a perceived version of Earth that lacks the divisions and divisiveness of our politics. Perhaps then our astronauts will have the peace of mind to pick up their 4G enabled cell phone, reach out across the vastness of space, and touch someone.