Israeli companies that are interested in protecting their intellectual property, trademarks, and patents should quell their excitement as long as there are still no embassies established in both countries

The peace accords signed between Israel and the United Arab Emirates raised many hopes in Israel's business sector, with many Israeli companies already initiating contact with companies from the Gulf state. Some have even announced the signing of memorandums of understanding and contracts. But it seems that Israeli companies that are interested in protecting their intellectual property, trademarks, and patents should quell their excitement: as long as there are still no embassies established in both countries, companies from Israel and the UAE will struggle to present to the authorities valid legal documents, which could delay the implementation of agreements.

Attorney Saar Gershoni, the founder of Gershoni Slyomovics Advocates and an expert in the field of intellectual property, tried to apply recently for a trademark in the UAE for one of his clients. The law firm in Dubai with which Gershoni is working told him that this isn't currently possible as the country is not a member of the Hague Conference on Private International Law. The convention develops and services multilateral legal instruments that help save precious time, including with the issuance of a single Apostille certificate by an authority in the place where the document originates instead of requiring authentication from the Consulate. 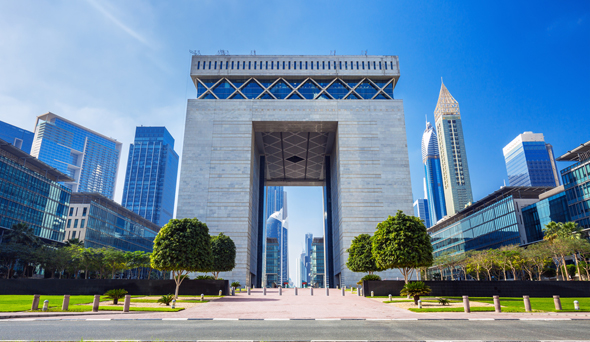 Dubai. Photo: Shutterstock
Since the UAE isn't a member of the convention, every relevant document, such as a power of attorney, requires authentication by a notary and then additional approval from the Consulate. As the countries have yet to set up embassies, documents or applications for registration are not legally admissible, whether it be registration to set up a company or an application for a trademark or a patent, as long as the two countries haven't at least implemented a temporary arrangement until consulates are opened.

One of the possibilities being considered by companies in the Gulf that nevertheless want to sign agreements in Israel is to receive a consulate approval via one of the Arab embassies currently operating in Israel. The solution for Israeli companies is to physically sign documents in the UAE, which makes the entire process more cumbersome.

The business potential between Israel and the UAE is great, but it seems that in this case, it is best to be patient. This loophole, which at the moment prevents for example the protection of patents, shows why the business sector in Israel should bide its time until matters are settled and are allowed to take their course. Doron Peskin is an analyst of Middle Eastern economies and the head of Concord MENA, a company specializing in public sentiment analysis of Arab countries.