Storage is the key to taking renewable energy to the next level, say experts

The companies operating in the renewable energy sector in Israel had for many years used sources of energy that are limited in their availability like the sun or wind, resulting in a situation whereby electricity manufacturing facilities would often have to be shut down either partially or fully. The future of the sector and the way in which electricity can be stored and supplied on demand was the focus of a panel at Calcalist and Eilat-Eilot's Cleantech conference highlighting the road to creating a carbon-free economy.

"The Minister of Energy set a goal of renewable energy accounting for 3% of production by 2030 and as far as we are concerned that is already a goal for tomorrow morning," said Yossi Sokoler, head of the regulation department at the Israel Electricity Authority. "We are encouraging the manufacturing of solar energy combined with storing it which should spare the need for an additional polluting power plant and have the ability to provide electricity around the clock. We have already completed a tender for electricity storage systems for a cost almost as low as that of electricity production from gas." 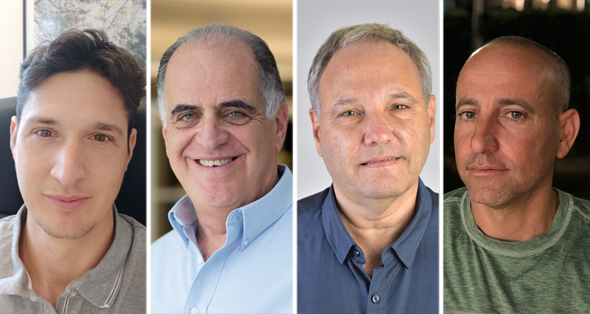 Or Yogev, founder and CEO of AugWind, spoke about a storage technology that involves underground pressure tanks. "Many companies tried to store power by using pressurized air in previous years but the cost of doing so was an obstacle. We created a model using only air, and water that takes place underground. It is a very cheap technology and is in use at several companies. Once you've stored the electricity you don't have to worry about cooling it because that is achieved with the water and by being underground."

Avi Brenmiller, one of the pioneers of renewable energy in Israel and chairman of Brenmiller Energy, reminisced about the early days of the sector in the country. "I entered the sector in the 1980s to do something good for the world and maybe also to make a living from it," he said. "The world will understand that it is cheaper and better to manufacture electricity from the sun, but that is only a solution for the day time. That is why I have developed a thermal energy storage solution that combines crushed rock based thermal storage and inherent heat exchanging."

Tal Mund, founder and CEO at Wanaka Investments, stressed that Israeli regulators should focus on energy storage. "The dialog between the auto industry and the storage sector is significant. The Israel Electricity Authority and the Ministry of Energy are undergoing a big change and have taken a dramatic leap forward in understanding the significance of energy management."