Who owns a startup’s funds, the company, or its investors?

TAGS:
Who owns the funds that are invested in startups — the companies or the investors? A court case currently playing out, which even made it to the Supreme Court last week, may have far-reaching consequences to investments in the space, particularly for foreign investors. The case, which was sent back to the District Court for deliberation, demands an answer to the question of whether the state is permitted to seize funds invested in companies in the event that the majority shareholder is suspected of offenses unrelated to the activities of the companies or to foreign investors who had invested in good faith.

The appeal to the Supreme Court was filed by a businessman whose name is under a gag order due to health issues, who is suspected of fraud, smuggling, illegal export of drugs, and money laundering, all carried out several years in a series of transactions with a partner. The prosecution invited the suspect, who denies the charges, to hold a pre-indictment hearing. As part of the investigation, in February law enforcement officials seized NIS 3.8 million ($1.13 million) from the accounts of three biotech startups that were partly owned by the suspect.

The suspect was the major shareholder in the three companies he founded, owning 81% of the shares in one, 90% of another, and 97% in the third. However, foreign investors also put money into them, including one well known wealthy Jewish investor with international holdings.

The suspect and the three biotech companies, represented by attorney Gil Dachaoch, petitioned the Jerusalem Magistrate’s Court to order the state to free the funds, claiming they belonged to the external investors in the companies, that are not suspected of any misdeeds and are not part of the criminal proceedings. 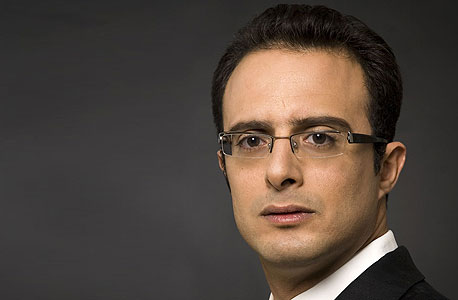 The suspect claims that he should not be considered a controlling shareholder of the funds since they constitute "the companies’ debt to their investors." To back up his claims, he presented documents showing that the investors have precedence over the businessman regarding the funds and that they were granted additional initial rights, allegedly proving that he should “not be considered the controlling shareholder and surely not the sole shareholder.”

The state meanwhile claimed that the seizure was meant to ensure future forfeiture of the value of the money he had allegedly laundered. The seizure, the prosecutors claim, was done under the auspices of the anti-money laundering law, seeing how the seized property is defined as being under the suspect’s control. The state’s arguments rested in part on a ruling issued in the case against attorney Ronel Fisher, in which case funds resting in his law firm’s accounts were seized. The state argued that the investors have no proprietary rights over the companies’ funds and at most have obligatory rights to the companies.

In August, Jerusalem Magistrate’s Court judge Bialin Elazar ruled that the state must free the funds seized from the biotech companies. In his ruling, he wrote that though the suspect owns most of the shares, the foreign investors also hold some of them and there is no claim that they are involved in any of the wrongdoing attributed to their founder.

The judge added that though the suspect was the person who came up with the initial development plan that each of the biotech companies was based on, the money that was seized was supplied by the investors. Therefore, he determined, the investors have “proprietary rights to the seized funds.”

The judge went on to state that though there was a public interest in the funds being seized in order to ensure their forfeiture in the case the suspect gets convicted, that interest must be balanced out by other interests, “primarily the proportionality of the seizure and the harm caused to the companies by seizing funds necessary for their business activity.” In this case, he determined, since the companies required the funds in order to develop new drugs, the harm to them would be critical.

After the ruling to free the seized funds, the state appealed to the Jerusalem District Court in September. Judge Avigdor Dorot overturned the lower court’s ruling, determining that the foreign investors have no proprietary rights over the seized funds and that upon the investments the rights to the funds were transferred to the companies themselves. “The conclusion is that despite all the contractual mechanisms signed with the investors, which allow them a degree of control over how the funds they invested in the companies are spent, this does not mean that the respondent is excluded from the definition of 'controlling shareholder,;” he ruled, adding that “the respondent possesses the ability to steer the companies’ activities.” He, therefore, ruled that the suspect is indeed the controlling shareholder of the companies and that as a result, the companies’ funds are under his control,” and can therefore be seized for the purpose of future forfeiture. The judge sent the case back to the Magistrate’s Court to explore alternative remedies that would be less harmful to the companies’ operations, such as seizing only the suspect’s shares, however, the funds will remain in the hands of the state until a different ruling is made.

In response to the District Court’s ruling, the suspect, through his attorneys, Gil Dachoach, Galit Rottenberg, and Gregory Faust Korchemny requested permission to appeal to the Supreme Court. He asked the Supreme Court to examine whether the rights of the innocent investors in the company, who are not involved in the alleged offenses, superseded the state’s right to forfeit assets under the control of the companies’ controlling shareholder, who is suspected of offenses unrelated to the companies, and whether the funds invested in the companies by foreign investors, under limitations and commitments, are subject to the definition of “property controlled” by the majority shareholder and thus subject to forfeiture.

The suspected businessman claims that upholding the District Court’s decision would be an “ax blow” to the startups, severing their future and causing harm to the companies and the foreign investors all of whom had nothing to do with the alleged misdeeds. He claimed that the state does not customarily seize the property of companies who are not themselves suspected of involvement in criminal acts. He also argued that these issues have wide-ranging implications for the Israeli tech and biotech markets since if it is decided that the state can seize investors’ money even when the investors or the companies themselves are not involved in criminal activity, it would increase the investment risk and deter them from making future investments in Israeli companies.

The state, meanwhile, asked the Supreme Court to dismiss the petition to appeal out of hand since the lower courts had yet to exhaust all available avenues. Last week Supreme Court judge Dafna Barak Erez accepted the state’s argument, without addressing the merits of the case. She decided to reject the appeal petition since the factual aspects of the case were still being addressed in the lower courts. At the same time, however, she hinted in her decision that the anti-money laundering law permitted the seizure of funds and was not meant to apply only to companies who are themselves accused of wrongdoing.

“The District Court’s decision could bring investments in Israel to a halt,” Dachoach warned in an interview with Calcalist. “This is a major change in forfeiture law that will impact overseas investors. It will lead to essential changes to due diligence processes that the large accounting firms carry out for the investors they represent.”