Inuitive has developed technology that optimizes consumer experiences and enhances competitive advantages in the areas of robots, drones, augmented reality, and virtual reality

Chinese consortium Yinniu Microelectronics has made a massive $106 million investment in Israeli company Inuitive, a source told Calcalist under the condition of anonymity. The Chinese consortium is made up of companies that are clients of Inuitive, founded by CEO Shlomo Gadot and CTO Dor Zepeniuk in 2012. Inuitive had previously raised a total of $103 million.

Inuitive is a leading fabless semiconductor company in the area of 3D imaging. It has developed technology that optimizes consumer experiences and enhances competitive advantages in the areas of robots, drones, augmented reality, and virtual reality. The company's product combines algorithms, ASIC, and system solutions to realize the AI practice enabling devices to acquire more human-like capabilities.

Inuitive employs 65 people in total, most of them in the city of Ra'anana in central Israel. The company has offices in Shenzhen, China, which will move to Shanghai following the new investment. 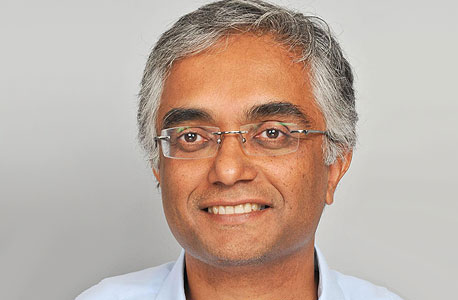 Inuitive CEO Shlomo Gadot. Photo: Courtesy
Shlomo Gadot is a veteran entrepreneur, also founding Modem Art which was acquired by Agere system in 2005 for $145 million. He was also the CEO of Percello, which was acquired by Broadcom in 2010 for $100 million. The Chinese consortium was represented by attorneys Yoav Sade, Miri Shalit, and Uri Hereg from the Meitar law firm.

"For two years I would travel to China every month until the outbreak of Covid-19. This deal is the result of that effort," Gadot told Calcalist. "Fabless semiconductors in the area of 3D imaging and AI are of great interest to the Chinese. Many of our big clients are Chinese and this is a strategic investment for them. This can help us in the massive Chinese market and they think they will be able to take the company public in China at a fantastic valuation."

Inuitive has completed four funding rounds to date and three years ago announced a multimillion-dollar agreement with Japan’s SoftBank Group Corp. The Tokyo-based telecom giant purchased millions of Inuitive’s six-millimeter chips for use in robotics and IoT (Internet of Things).

The names of the companies making up the Yinniu Microelectronics consortium weren't announced, but the deal has already been completed, with the money being transferred to Inuitive's account. According to attorney Sade, this is one of the biggest investments made by Chinese companies in Israel over recent years.

Previous investors in Inuitive include the 7-Main family office owned by the Wertheimer family, Deutsche Telekom's investment arm, the Horesh family, which imports Toyota vehicles to Israel, and the investment arm of Taiwanese electronics giant Foxconn.

"I hope that with this investment we can become a model of the way Israeli innovation can enter the huge Chinese market and that this will lead to huge success for Inuitive and additional partnerships between Israeli companies and the Chinese market," added Gadot.