How will Pfizer and Moderna protect their vaccine patent applications?

TAGS:
The race for a Covid-19 vaccine is reaching the finish line: Pfizer, Moderna, and AstraZeneca have recently announced impressive clinical trial results. In addition, more and more governments have announced agreements with pharmaceutical companies to reserve millions of vaccine doses for billions of dollars. This begs the question - how will the drug companies gain regulatory approval and protect the most sought-after product in the world, from competitors, in Israel and abroad?

Since the drugs have not been approved, it is difficult to determine which patents/patent applications protect the Pfizer/BioNTech and Moderna vaccines at this time. After the approval of both vaccines by the FDA, the patent linkage system in the U.S will disclose the relevant patents.

Significantly, Moderna has committed to waiving enforcement of its patents until after the end of the Covid-19 crisis. As of now, Pfizer has not made a similar pledge. However, despite the lack of a commitment, the backlash from using a patent to force a generic competitor to stop producing a generic Covid-19 vaccine will likely deter Pfizer from enforcing its Covid-19 vaccine patents until after the crisis is over. Further, any enforcement action to prevent generics from entering the market also risks the issuance of compulsory licenses by governments in different countries. The impact of a compulsory license can have wide-ranging effects. For example, the public relations impact of Israel's compulsory license for Abbvie's Kaletra at the start of the Covid crisis led Abbvie to waive enforcement of its Kaletra patents worldwide. In particular, Moderna may be exposed to U.S government action, as it appears to have received U.S government funding for several of its relevant patents. Such funding would allow the U.S Government to use "March In Rights" to grant licenses to Moderna's vaccine. In addition, Market/Data Exclusivity will also allow Pfizer and Moderna to protect their vaccine from competitors: Both the Moderna and Pfizer vaccines are mRNA based. This means that from a regulatory standpoint, they are considered biological agents. In major jurisdictions, new medicinal agents approved by regulatory agencies (e.g. U.S FDA, European Medicines Agency, Israeli Ministry of Health) receive varying periods of market or data exclusivity, a type of protection different than patents. Market exclusivity means that while generics can get their formulation approved, regulatory agencies will not grant a marketing authorization allowing the company to sell its formulation. Data exclusivity goes further and prevents generics from relying on the data provided to the regulatory agency by the innovator, thereby effectively blocking the generic from even registering its drug. Biological agents are protected by market/data exclusivity for 12 years in the U.S and 10-11 years in Europe. In contrast, with the U.S, Europe, and other major jurisdictions, Israel does not offer any market/data exclusivity for biological agents. This means that while regulatory exclusivity will effectively protect Covid-19 vaccines for at least a decade in Europe and the U.S, they will be unprotected by regulatory exclusivity in Israel.
Related Stories:

Although there has been discussion about extending the market exclusivity granted to chemical agent drugs to biological drugs in Israel, this has yet to occur. Finally, while there is no regulatory exclusivity for biological agents in Israel, the Israeli Ministry of Health will not approve a generic agent unless it is first approved by either the FDA, European Medicines Authority (EMA), Switzerland, Japan, Canada, Australia, or New Zealand. Therefore, presently if a generic vaccine cannot be approved in one of the countries mentioned above, it would not be approved in Israel. 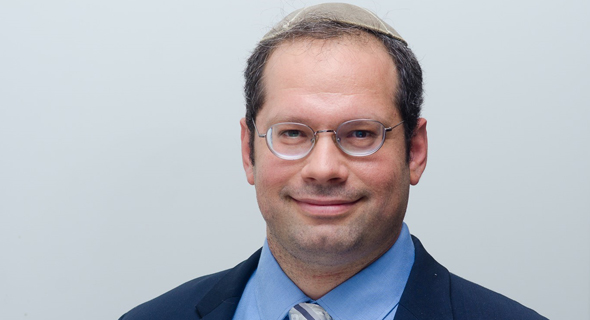 Adv. Ephraim Heiliczer. Photo: Tomer Jacobson
How will the Ministry of Health approve the vaccine? The Israeli Ministry of Health generally bases its approvals on FDA and EMA approvals. This was indeed the case with Remdesivir, for which the Israeli Ministry of Health issued a temporary one-year approval in June 2020 for usage in the treatment of Covid-19, based on emergency use approvals granted by the FDA and EMA. The Pfizer and Moderna vaccines will likely receive similar Israeli approvals following their approval by the FDA and EMA. How will the vaccine reach poorer, third world countries? Likely, philanthropic organizations, foreign aid, and low cost (or free) drug company access programs will provide the vaccine to third world countries. The provision will likely be similar to the aid and access programs set up to provide free HIV drugs in Africa. For example, based on news reports, it appears that both Israel's agreements with Pfizer and Moderna contain clauses stating that a portion of the vaccines will be given to Palestinians in the West Bank and Gaza.

Adv. Ephraim Heiliczer is a Senior Associate in the Intellectual Property and Regulatory Compliance Group at Pearl Cohen law firm