Aquarius, which has developed a two sided free piston linear 10kg engine, is planning on going public on the Tel Aviv Stock Exchange in the coming weeks

TAGS:
Shortly before it goes public on the Tel Aviv Stock Exchange (TASE), Israeli combustion engine developer Aquarius Engines (AM) Ltd announced on Wednesday that it has raised $10 million from Japanese giant TPR, which manufactures functional engine components. In addition to the investment, the company also signed an agreement with TPR aimed at enhancing the performance of its pistons. Aquarius has recently filed a prospectus with the TASE and is planning to go public in the coming weeks. The new investment takes the company's total funding to $37 million, with Israeli energy corporation Paz Group, Marius Nacht, and Musashi Seimitsu among its investors. Aquarius is headquartered in Rosh Haayin and has development centers in Germany and Poland. 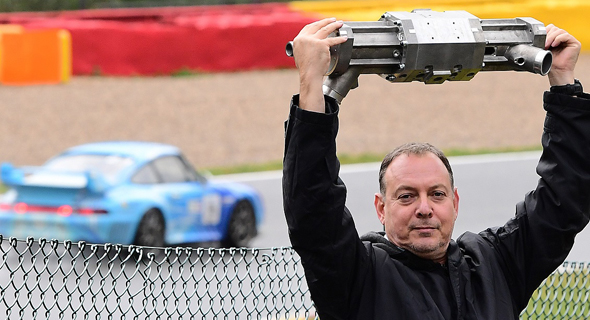 Aquarius Engines was founded in 2014 by chairman Gal Fridman, Ariel Gorfung (CEO) and Shaul Yaakoby (CTO). The company has developed a two sided free piston linear engine (FPLE) which weighs only 10kg. The engine can be used as an onboard power generator in a vehicle or as a stand-alone electricity generator. It is a single linear piston that blasts to and fro inside a valveless 800cc cylinder, generating power from electromagnetic coils with each stroke and with very low emissions.

The new investment will allow the company to accelerate the development and marketing of its product. "The energy world is undergoing a revolution over the past two decades," said chairman Gal Fridman. "The demand for non-polluting energy goes hand in hand with our vision and is slowly becoming a reality. TPR's investment and our strategic partnership with them is a big vote of confidence in our technology which brings change to an industry that hasn't seen much of it in many years."