Israeli medical device startup Mitrassist Medical announced on Wednesday that it has raised $50 million at a valuation of $300 million. Investors in the company include China's Fosun Pharma and insurance company Ping-An. Centurium Capital and CICC Capital co-led the current round, with CITTIC Capital and 6 Dimension also participating. The company had previously raised approximately $35 million.

The company began successful human trials about a year ago, and plans to hit the market in about two years. The company plans to recruit more employees in early 2021 to develop additional ideas in the field of heart structural diseases.

The startup has developed a medical valve that is inserted into a catheter for symptomatic patients with primary or secondary mitral regurgitation, who are at high risk for surgery or with prevention of surgery. It began successful human trials about a year ago, and plans to hit the market in about two years. 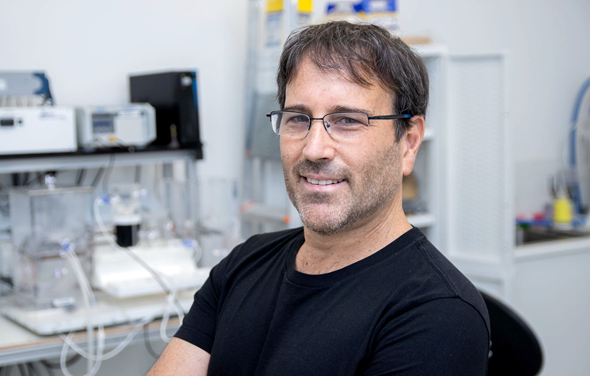 Mistrasist Medical CEO and founder Gil Naor. Photo: Shay Zilberman
Mitrassist intends to recruit more employees in early 2021, for the purpose of developing additional ideas in the field of structural heart diseases. Mitrassist Medical was founded in 2009 by entrepreneur Gil Naor on the basis of an idea he devised to treat a heart valve problem that causes a decline in the standard of living of hundreds of thousands of people a year. The company has developed a replacement valve with a full catheter, implanted without the need for a long and dangerous operation that involves a complete stopping of the heart. Today, hundreds of thousands of people who need valve replacement cannot be treated because they do not meet the criteria for open-heart surgery. The company's solution will allow all those patients to receive the treatment required to significantly prolong their lives. "This is a challenging time to raise funding, but the importance of the product for the care of patients is too high for us to wait for the reality to change," said CEO and founder Gil Naor. "The current funding will allow the company to complete the clinical trials to prove the efficacy and safety of the product and reach the Chinese market and the company's planned production in 2024." Naor added that there are now a large number of companies in the world that are developing parallel products to treat the mitral valve problem and technologies are evolving at an increasing rate, "but the road to an optimal solution is still long." The company's offices cover about 1,000 square meters and include: clean rooms, production rooms and advanced laboratories. The company is located in the Caesarea Industrial Park and employs 15 workers. This round of financing, as well as the previous one, was overseen in Israel by Yair Geva and Yuval Zilber from the law firm of Herzog Fox Ne'eman.
Recently Read