Morality on Mars: What’s to stop future spacefarers from ruining other planets?

This week, Elon Musk's SpaceX will test SN8, the three-engine, eighth iteration of the Starship rocket class that uses a fuel that could be mined from Mars itself. The Starships are intended to ultimately ferry people to their glass dome habitats on a terraformed Mars.

With Musk aiming to have a million people on Mars by 2050, there are several concerns regarding the nature and implementation of the rule of law on the red planet, especially as it relates to the local environment. Consider the possibility that if there is any life native to Mars, bacteria, and viruses brought by humans to the new world might ultimately wipe it out. Not to mention the ramifications that any terraforming of the planet to be more Earth-like will have on any indigenous life- if it exists. On Earth we already have an extensive history detailing how introduced non-indigenous species have harmed their new ecosystems, threatening or even wiping out its flora and fauna entirely. 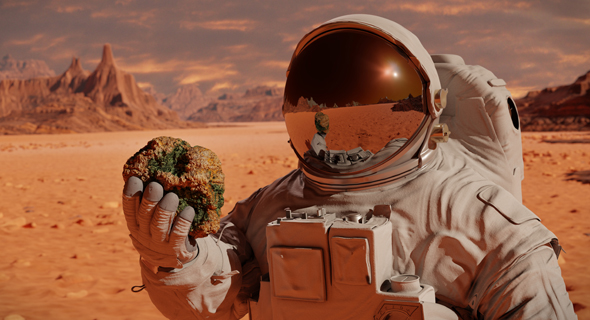 While international and bilateral efforts like the recently signed Artemis Accords arguably contain language that promotes the sustainable use of outer space resources, including on Mars, the language is (likely by design) vague and unclear, as we discussed in an earlier column. As such, these agreements would not do much to prevent individuals on Mars from acting with reckless abandon when it comes to the Martian environment.

Granted astronauts and spacefarers are arguably bound by rules and regulations made here on Earth, however, they have little incentive to abide by them, especially when they are tens of millions of miles away, even if they are generally conscientious people.

And while there are many rules that we all abide by on a daily basis and will have to be followed by those living on Mars, there are some that will likely lapse. Like on Earthy, many of those guidelines are followed because we can justify them via our own sense of morality, such as not stealing or murdering. However, there are other rules that we may be less inclined to follow, especially if we do not appreciate their justification or if we have strong conflicting needs. One such instance may be the preservation of the Martian environment by early settlers.

Like Amazonian farmers that may not appreciate, or care to appreciate given their dire economic conditions, how their limited deforestation on their small plot of land affects the global climate, Martian homesteaders may similarly lack sufficient incentive to protect the environment at the potential cost to their safety, security or satiation.

This could especially be the case if the settlers aim to be self-sufficient. Recent research suggests that Mars’ soil is much less capable of sustaining our standard plant life than previously thought, perhaps requiring the introduction/contamination of nutrients and microbes to allow Mars explorers to adequately farm their own food.

In the Amazon, economists have suggested that society put its money where its mouth is. If we truly believe in the value of the environment for our way of life, and we appreciate the conflicting and immediate needs of the farmers, then we ought to deal with both concerns via a process known as payment for environmental services (PES).

Under this type of payment regime, Amazon farmers receive monetary compensation for not cutting down the carbon-sequestering trees on their land and not harming the environment by those who believe that the costs are justified given the potential harm to humanity. These cash for conservation plans have had mixed results in the past.

The system also requires intensive policing to make sure that the Earthlings-cum-Martians do not cheat the system, especially when the offensive actions might occur on a different planet. One potential solution is a sort of smart contract set up, wherein disincentive payments to prevent environmentally unfriendly activities on Mars might be paid out incrementally and automatically if certain conditions are proven to be fulfilled via sensors or cameras.

Consider the following example: A team of green Earthlings arrives on the Red Planet after an arduous months-long journey through space. Sensors set up throughout the burgeoning Mars colony would keep track of how many times one of the new visitors decontaminates their spacesuit before leaving the glass-domed habitat and heading out into the pristine Martian environment. After a pre-determined number of successfully completed decontaminations, a smart-contract-based system would automatically forward remuneration to the individual’s bank account. Similar blockchain-based ideas have been considered elsewhere.

Unfortunately, while such efforts might work on an individual basis, it may not be sufficient to prevent a rush of space miners, especially if the Martian environment proves to be a profitable source of raw materials. It is unclear how an Earth-bound society could enforce proper stewardship of a potentially hugely resource-rich Martian ecosystem from so far away when the benefits might clearly outweigh any payments offered through a PES program.

Of course, all of these efforts could be moot if researchers start sending out easy to build small spacecraft loaded up with sufficient tools to begin to recreate contaminating Earth-based life all over the universe, as former chair of the Harvard Astronomy Department, Avi Loeb recently suggested.