Spearheaded on the ground by Israel’s Tech It Forward, the winning team has a chance to earn a $1 million investment from Silicon Valley VC Pegasus Tech Ventures

TAGS:
Applications are currently underway for Israeli startups to compete in the annual Startup World Cup, the world’s largest global startup competition for aspiring entrepreneurs. The regional winner, to be announced in January 2021, will be flown to Silicon Valley to pitch their company to a panel of experts for a $1 million investment from its creator, Pegasus Tech Ventures. Pegasus approached Tech It Forward to host Israel’s local regional contest. The Israel-based tech consulting and event agency was founded by Jessica Rosner and Jennifer Elias, helping startups take-off and grow abroad via strategic marketing. At time of writing, 84 early-stage and round A companies have applied and seven judges will choose the top 10. The winner will ultimately represent the whole country, competing against other finalists from almost 60 countries and regions such as the U.S., Canada, Spain, Italy, and Brazil. 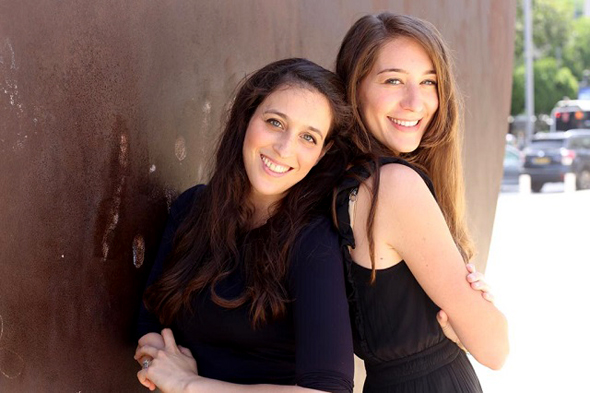 Tech It Forward’s Jessica Rosner (left) and Jennifer Elias. Photo: Meirav Kadichevski photographer.
“It’s within the Israeli culture to create things, develop things, and try to have successful startups,” said Roy Caner, Senior Partner and head of Israel’s EBN Law tech department. As one of the regional judges, he will be partly responsible for selecting the finalist tasked with claiming the top prize in California. “These are people that are trained in the army, in the most sophisticated units with the best equipment and technologies, so they get exposure that no one else in the world enjoys,” he said. Tal Dori is another judge and serves as the CEO of IBI Capital, a subsidiary of IBI Investment House. He told CTech about what he and his team hope to find in a winning startup. “We are looking for startups that have sustainable life. We’re seeing a lot of startups that are involved in something that looks like a trend: here for now, but fleeting... When we examine these startups, we want to see a sustainable one, whose technology can hold for a lot of time, that it’s interesting, and that the market is big enough. Those are the basics for us.”

While it is technically the fifth cycle of the Startup World Cup (the fourth and fifth cycles will take place together due to Covid-19 delays), it is the first time that Israel is taking part. Pegasus Tech Ventures investor and Manager of Startup World Cup, Noah Leshan, told CTech that the team in California has been monitoring Israel for some time now. “The deep tech, the software - all these types of players where we see Israel as one of the leaders in this space. We’ve been wanting to get involved in the ecosystem for a long time.”

The winner of the entire competition is expected to be announced at a live, in-person event in Silicon Valley in May 2021 - although the date will almost certainly be pushed back until a vaccine for Covid-19 is “globally and commercially distributed to 50% of the population,” something Leshan believes will happen by November. Hosting in-person is considered something of a dealbreaker for the Pegasus team: with past keynote speakers including Apple’s Steve Wozniak, Netflix’s Marc Randolph, and LinkedIn’s Reid Hoffman, it’s no wonder they’re willing to wait a bit. “All these different types of folks, they all attend and it gives the opportunity for all these different people from around the world to network with one another,” explained Leshan. “So we’re connecting local ecosystems at the local level, but then we’re also creating a global event for the entire ecosystem via the finale.” The Startup World Cup is currently completing its regional rounds. The deadline for Israelis to enter is December 7, 2020 and can be accessed here.