Ahead of the launch of Israel’s next astronaut, Inbal Kreiss discusses what comes next, why it’s important to dream, and how women can do anything they set their minds to

TAGS:
Behind every success story is a great team, a familiar motto says. And behind Israel’s largest space ventures—its first lunar spacecraft, Beresheet which was sent to the Moon in 2019 and now the plans to send Israel’s second astronaut into space—there is a dedicated team of scientists, engineers, directors, investors, and storytellers. Inbal Kreiss is leading the Israeli space industry to new heights, and is the most senior female figure in the industry. In an exclusive interview with CTech, she spoke of her dreams and hopes for the industry, plans for Israel’s next astronaut, how women can do anything they set their minds to, and above all the desire to continue to dream, despite encountering what seems impossible.

“I have been working in the space and aerospace industry for several years, particularly on an anti-ballistic missile system, the Arrow 3, which is an exoatmospheric interceptor,” she said, noting that her focus is on civilian and commercial science missions. During her previous position, she served as Deputy Manager of the Space Division at Israel Aerospace Industries (IAI). She has led several programs and noted numerous achievements in the Israeli space industry. In her current position, she serves as the Head of Innovation at the Systems Missiles and Space Divisions of IAI. 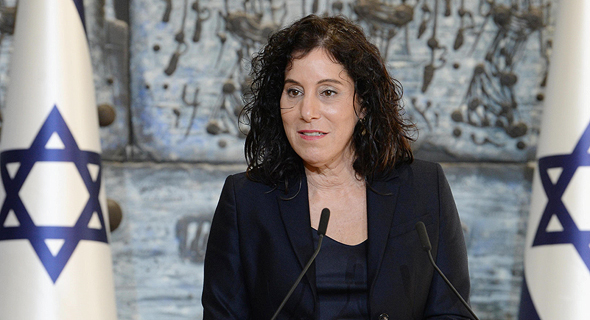 She was recently appointed the Chairwoman of the Scientific and Technological Committee that is responsible for choosing which science experiments will travel onboard with second Israeli astronaut Eytan Stibbe and make it to the International Space Station (ISS). Stibbe’s mission is being supported by the Ramon Foundation, which is dedicated to fallen first astronaut Ilan Ramon. It is receiving collaboration from the Israeli Ministry of Science and Technology, the Israel Space Agency, as well as IAI. The committee which Kreiss will oversee includes top experts in various disciplines, such as astrophysics, neuroscience, remote sensing, pharmaceuticals, biomedical, photonics, a variety of engineering disciplines, artificial intelligence, and more.

The call for the proposal will be published in mid-December, Kreiss noted. “It’s a short time, and it’s a challenging timeline,” she said. “This will limit the amount of experiments that we’ll get, but we’ll still get many proposals, because it’s a unique opportunity to send an experiment to the ISS,” she added, “it’s the first project of its kind.”

Israel’s first astronaut Ramon had also taken experiments with him on his 16-day trip aboard the ISS, but sadly they were destroyed along with him and the entire crew in the Columbia space shuttle disaster of 2003, which was destroyed upon re-entry into the atmosphere.

“The ISS is the largest laboratory there is. We can test several different types of experiment, whether in science or technology. The infrastructure on board is capable of all of this and more. It’s like Disneyland for scientists,” she quipped.

“We can conduct and perform any type of experiment onboard that we think of, in any engineering discipline possible. It truly is remarkable,” she said. 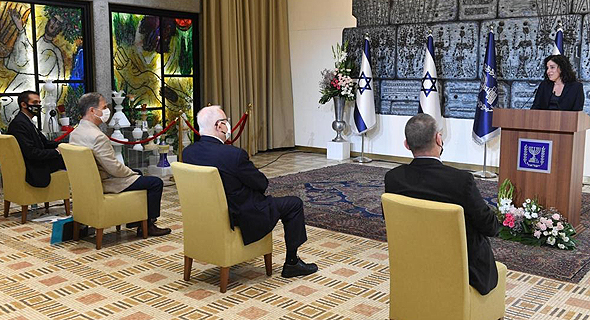 Can the lessons you learned from the Beresheet mission help and prepare your team for Eytan’s mission?

“Yes,” she remarked, “This mission to the ISS is as inspirational as Beresheet was. It’s part of a new sector that we are trying to build in Israel, to inspire young children to pursue STEM (science, technology, engineering, and mathematics) and space fields,” she said.

However, just like with the launch of Israel’s first lunar mission, where there was a widespread educational outreach program for young children, sending Israel’s next astronaut will incorporate that aspect as well.

“In a year from now, all academic studies will be focused on this mission just like Beresheet was,” she noted, but added that unlike Beresheet — whose program lasted a few weeks — sending Israel’s next astronaut to space is a “long term mission.”

Furthermore, this mission will incorporate all the inspirational facets of Israel’s lunar craft.

“Overall, I believe that it was a successful mission. There were many firsts: it was the first project of a private sector company who sent a mission to space, it was the smallest spacecraft ever, and it went a long way to the moon. This mission will also mark many firsts.”

“We learned to dare to dream”

As for her hopes for the future of the space tech and exploration sector, she remains optimistic.

Did Beresheet in any way speed up the need to send a second Israeli astronaut to space?

“No, they’re two separate missions and aren’t related,” she clarified. “But personally, I believe in the idea of dreaming of the impossible. Beresheet taught us to learn to dare to dream. We must show all the young children out there that it’s possible,” she said. “When people tell me that they think something, whether an idea or mission, is impossible, it drives me to find a way to make it possible.”

“We can do it in the cheapest way, or our own way – the Israeli way. Israel is known as the ‘Startup Nation’ for a reason – we’re leading in space tech, we have experiments, we have the knowledge, the capabilities, and the know-how to conduct other scientific missions as well.”

After all, the work onboard the ISS with new Israeli experiments in space tech could lead to the next scientific breakthrough.

She mentioned that the Beresheet mission taught her about team cohesion. “All the way from the support teams up to each different group, we all continued on,” she said, telling of the team’s perseverance when the spacecraft lost connectivity with the team on Earth. “We dealt with difficulties, problems, and continued on until we succeeded.”

In that sense, this mission is no different, and is a dream of many.

“It’s a sign that we can do anything we want to and succeed.”

“We’ve wanted to send a second Israeli astronaut to space for many years now,” she continued, and explained that this mission was in the works long before Beresheet.

In a way, it had an indirect influence, since the lunar craft and this mission are working in the same way – to encourage the next generation of Israeli startups. 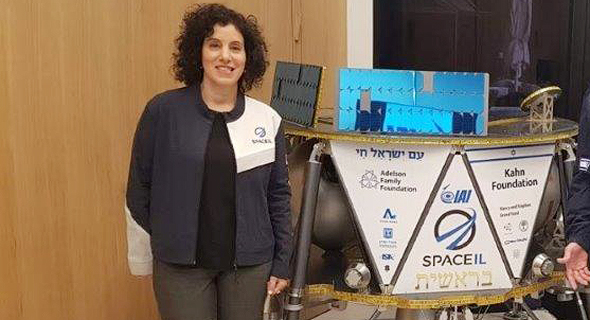 Do you think this mission will help further boost the Israeli space tech market?

“I hope so, I think space communities and entities will gain an advantage by participating in this type of mission. It will encourage and support commercial business models, will promote their devices, and boost the success of their businesses.”

How can regular Israelis, who think this mission may appear far-fetched, relate to this mission?

She noted that the success will be felt by the entire country, but that the appeal – at least for now – is to garner additional educational programs for youth.

“I think the educational program will be very interactive and comprehensive, it will include high schools and elementary schools. Our educational team is working very hard to prepare an outreach program to reach all types of communities, so that every child can learn about the mission,” she said. Having an Israeli astronaut in space who spoke to Israeli children from space in Hebrew is quite the feat, and hasn’t been done in over 17 years, since Ramon. “We’re using Eytan aboard the ISS as kind of a promoter, to promote space for Israeli children.”

“Women can do anything”

Kreiss (54) is not only Israel’s top female space scientist with a long and impressive career behind her, she is also the mother of three children. Her husband, Yitshak Kreiss, is the Director General of the Sheba Medical Center at Israel’s Tel Hashomer hospital, and was recognized along with his wife, by The Jerusalem Post in 2019 as one of the most important Jews in the world, for his efforts in the medical field.

Although there are few women in the space sphere, Kreiss is leading by example. In 2006, she served as a researcher at the Massachusetts Institute of Technology in the Aeronautics & Astronautics Department. She has won many awards: she was listed by Israeli business daily Globes as Woman of the Year in 2012, and was awarded simultaneously the Israel Defense Prize for managing the development of the Arrow 3 missile system, and was honored by Forum Dvorah, an NGO dedicated to promoting women in foreign policy and national security for her contribution to the State of Israel in the fields of space and the development of defense missile systems in 2017.

As Israel’s top female space expert when there are few in the field, what message do you have for other women who wish to pursue space or STEM-related careers?

“Women can do anything; they can be anything they want to. There isn’t any limit. There are many examples of women in the space field, most recently NASA astronaut Jessica Meir, who is part-Israeli, and embarked on a mission to the ISS in 2019. In the committee that I am forming, I’ve included many women. I think my career - where I’ve worked as an engineer and manager at IAI - is an example to women that you can do whatever you set your mind to. The skies aren’t the limit anymore,” she said.

Do you think next there will be an Israeli female astronaut, once the private sector will expand? Most astronauts are former fighter pilots, an area that women are occasionally excluded from. But recent years have seen NASA female scientists become astronauts.

She mentioned Meir, who was a former physiologist before she underwent rigorous astronaut training, and also the notion that in recent years, more female astronauts are joining crews, many of whom are former scientists of various disciplines.

“If you are a scientist you can be an astronaut. There are space scientists, researchers, and payload specialists,” the latter of which Ramon was.

“And I definitely think there will be a female Israeli astronaut in the coming years.”