Gaming’s growth presents the fashion world with an unexpected challenge

"Fashion houses aren't scared yet, but they should be. There is a limited sum a person can spend and if they spend it on a digital experience they won't be spending it on a physical experience," says Assaf Reeb, co-founder of startup Immersive Virtual Apparel

TAGS:
One of the interesting repercussions of the growth in the gaming sector over recent years has been the rise of sectors connected to gaming that are flourishing from services to players and developers and bring to gaming a completely new variety of professionals. One such fascinating case is Assaf Reeb, who started off as a fashion designer before being disappointed with different aspects of the clothing industry and searching for a more innovative and sustainable industry in which to create. He went on to co-found Berlin-based startup Immersive Virtual Apparel, which offers a platform that allows developers and fashion brands to partner on a commercial level and offer the sale of branded clothing in the digital world.

"If you had come to a company like Louis Vuitton or Prada three years ago and told them that there are business opportunities for them in gaming they would have looked at you like an alien," Reeb said in an interview to Calcalist's podcast 'Gamerist'. "Not only wasn't it on their radar, it seemed to them like something they wouldn't want to be associated with. One of the challenges of combining these two sectors is overcoming the animosity that sometimes exists between them. This isn't just due to the fashion industry condescending over the gaming industry, but it's also something that never seemed relevant to the veterans of the gaming industry." 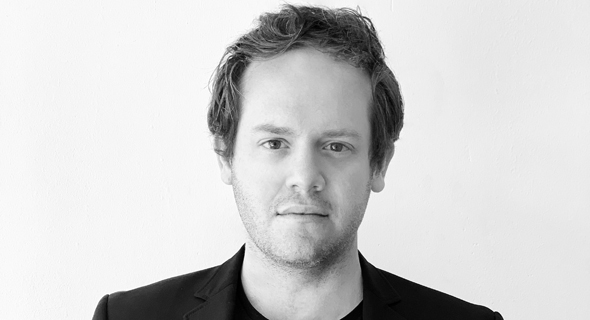 Assaf Reeb, co-founder of startup Immersive Virtual Apparel. Photo: Courtesy
But the reality is changing, with luxury fashion house Balenciaga releasing earlier this week its Fall 2021 fashion collection in the form of a video game. The Afterworld: The Age of Tomorrow video game sees players travel through a futuristic world, passing avatars dressed in ripped jeans and metal-armour boots on the way. According to a report in the Financial Times from January of this year, the gaming digital accessories industry was valued at $50 billion a year even prior to the surge the gaming sector has experienced due to Covid-19. That same month, Louis Vuitton and popular game League of Legends signed a cooperation which includes the French fashion house designing digital accessories to be sold within the game. "Fashion houses aren't scared yet, but they should be,” said Reeb. “Gaming companies that charge players money to give their avatar a new look or accessories are essentially collecting the same money that fashion companies do when selling sneakers to a child who wants to look cool in school. This is the same social dynamic and right now fashion companies are missing it completely. There is a limited sum a person can spend and if they spend it on a digital experience they won't be spending it on a physical experience. Fashion companies are so behind that I can't see how they will make the required transformation to the virtual world themselves. This is where our company comes in, as we try and help them to make as few changes as possible, but enough to allow them to work with gaming companies."