“Occasionally Bill Gates and Warren Buffett got it right”

Shaul Olmert, though he hates to admit it, has learned something from the world’s top entrepreneurs

TAGS:
I detest articles that open with a sentence like: “When Bill Gates was asked what the secret of his success was, he answered that….” 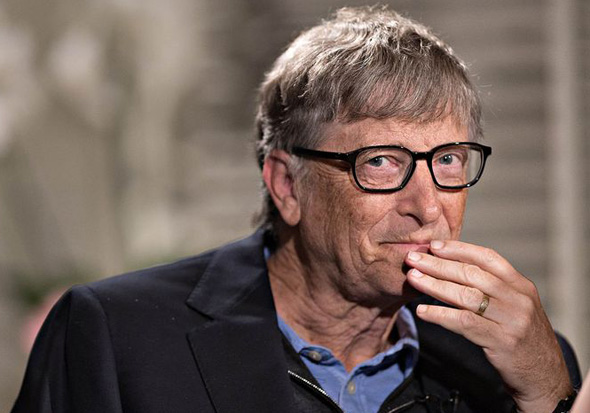 For all these reasons, and there are others, I am allergic to using outlier models of success like Bill Gates, Steve Jobs, or Mark Zuckerberg, especially when they are used as claims to make an argument. If my partner and I are arguing over the desired course of action in a certain scenario, the claim of “but that’s what Bill Gates would do” causes me to immediately pull out the above list of counterarguments along with many others.

That said, I wrote that long introduction in order to quote something that Bill Gates said, and which I agree with very much and am experiencing first hand these days. In a television interview several decades ago, Gates and legendary investor Warren Buffett were asked to write on a piece of paper a single word that summarized their business success. Even though one was the world’s most famous software engineer and the other was the most successful investor in history, they both, independently, wrote down the same word: Focus. Focus, concentration, attention — whichever language you choose to express the concept, it is a very annoying word. Focusing on something means giving up on other things, which is something I personally have a hard time doing. When I go to a restaurant (the elderly among us recall a time when you could actually sit down and consume a meal there and not just order take out) I want to gobble up all the items on the menu. And since for reasons of capacity and budget, I am limited to choosing one dish, I am actually being asked to refuse dozens of other dishes. It drives me crazy. I have a real hard time making a selection, not because nothing catches my fancy, on the contrary — everything sounds good. In every choice I make, I effectively choose to relinquish many other options that appeal to me, and at least until I get to enjoy my selection, I suffer from having had to make so many concessions.

Some of the greatest thinkers have dealt with complex emotional conflicts surrounding choices. It’s sufficient to mention the famous thesis of German Jewish psychologist Erich Fromm, who wrote in 1941 in the Escape from Freedom about the feeling of enslavement people get when they are required to make a choice compared to the sense of freedom they get when the choice is made for them or when they have no options to choose from.

These days, when the company I founded with my partner Ilan three months ago is taking its first steps, we are constantly being required to make choices. We raised a modest sum of money, we have a small but good team, the money we raised will suffice for a respectable, but far from lengthy, amount of time, during which we have to create enough value to justify another, bigger funding round — all of which demands from us a lot of focus. Prior to founding the company, when Ilan and I were sitting in front of a whiteboard and raising ideas, the goal was not to focus, rather the opposite, to spread out. We tried to come up with as many ideas as possible, without judging them too critically, to simply let our muse carry us without a defined purpose.

It was an exhilarating experience that eventually led us to the inevitable stage of making choices and focusing. Now, after we embarked on our journey and the sand in the hourglass is flowing, we must remind ourselves of Gates and Buffett’s advice and recall that the key to success is the ability to focus.

Every one of our eight team members is brimming with ideas and every day when I meet with friends or acquaintances that are in the business and brief them on what we’re doing, they all have a different vision in mind. It’s part of the charm of having an ambitious and far-reaching vision.

When I close my eyes and imagine what the app that we’re developing will look like three years from now when it has many users and a large community behind it, I imagine a whole range of possible uses. That fantasy is like the guiding star that marks our target, but in order to reach the destination, we must build the pathway one step at a time. In every choice we make, such as which features to include in the initial version and which to hold off with to a later, unknown date, we are forced to painfully surrender a part of this pleasant fantasy.

It’s easy to forget in retrospect that even the most complex and sophisticated products we are used to using started off as small and very focused products. Facebook, which today functions as a newsdesk, a video broadcaster, an interpersonal communication tool, a group and community management system, an advanced advertising platform, and countless other things besides, started off as a very simple tool to allow Ivy League students in the U.S. to rank the attractiveness of young female students. Even the car that we know today, with its hybrid engines, collision warning and prevention systems, power windows, multimedia entertainment systems, and automatic transmission is the result of decades of evolution of a product that started with an extremely basic model. When you design a product, you have to focus only at its core functions and attributes and postpone most of the add ons and ideas that can make a big difference in its use but aren’t essential, to a later date.

Over the development process, some of the ideas will pop up again at a more convenient time, or will have become irrelevant because of the direction the product took. The wisdom is to constantly remind yourself of the foundation of your vision, and ensure that the product serves that vision. Anything that is not essential to achieving that vision will apparently have to wait for a while. In order to reach your vision, you first must learn how to compromise, postpone, put aside, say ’no’ — or in one word — to focus. Occasionally the Bill Gates and Warren Buffetts of the world actually know what they’re talking about.