"Because I came from the missile defense sector, we developed a multi-layered defense system, made up of four levels," says Eyal Bar-Or

TAGS:
It may have flown under the radar, but a new rule issued in October by the U.S. Department of the Treasury’s office that administers reviews of foreign investments in and by U.S. companies has the potential to shake up Israel's investment industry. As a result, it could also have major repercussions for the country's startup sector, says Eyal Bar-Or, founder and CEO of Safe-Zone, a developer of a export control regulation SW tool, that analyses products, materials and components according to the U.S. regulation , with a focus on the complex and often crucial U.S. market.

According to the new rule by the Committee on Foreign Investment in the United States (CFIUS) effective October 15, mandatory declarations are now required for transactions involving certain critical technology, infrastructure, and data U.S. businesses produce, design, test, manufacture, fabricate, or develop. Far more relevant to Israeli startups and funds, however, is the updated rule that means that from October 15 U.S. businesses and funds that invest in foreign entities, like an Israeli startup, are liable should the company they have invested in be proven to have breached CFIUS regulations. Should a company be found guilty of such a breach, for example selling to a barred company in China or Russia, it faces a penalty of $250,000 per violation, or the cost of the transaction should it already be completed. 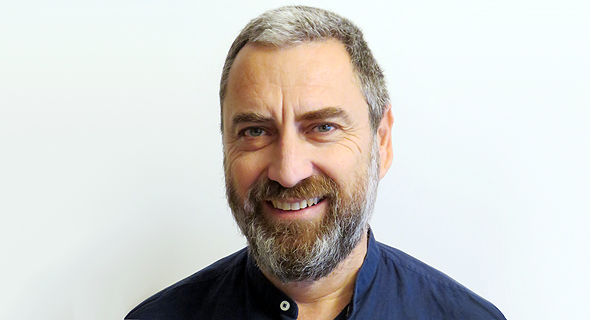 "This change in the rules means that U.S. companies and funds will need to conduct much deeper examinations into Israeli companies they invest in. Just imagine that you are an Israeli fund and are investing in a startup and your entire exit strategy is based on being sold to an U.S. company or fund. If you don't examine meeting the regulations you are off-course from the start. Why would you take a risk?" Bar-Or told CTech. "But I think most Israeli funds aren't aware of this change. Additionally, if you are an attorney's office that is involved in mergers and acquisitions you would be liable. CFIUS, which is a multi-agency governmental orginization, has just received $24 million of funding to recruit 39 new inspector officers , so clearly they are serious. I have no doubt the VC industry members in Israel aren't aware of it, have not taken any steps nor even know that they are accountable to U.S. law and that the U.S. authoroties are turning up the heat. CFIUS had initially only addressed foreign investments in U.S. companies, but now they will also be addressing U.S. investments in foreign companies. I think this new injection of funding should be a wakeup call for all Israeli and international VC companies and funds."

Bar-Or founded Safe-Zone in 2015, with the company, which is based out of Haifa, currently having 10 full-time employees. Bar-Or entered the private market after a long career in the Israeli military, serving as a defense attache in the U.S. in his final role in which he focused on the U.S.-Israeli missile defense cooperation before retiring in 2010.

"In 2015, I came to the conclusion that there is no chance that companies and people can properly understand the complexities of all the rules and regulations, especially as there are hundreds of updates every year, and that is when I founded Safe-Zone," said Bar-Or. "Initially, the goal of the company was to provide the Ministry of Defense a SW tool to examine products for any issues meeting the Israeli rules and regulations. The industries use the tool at the development phase to ensure the product will meet the regulations and avoid change or export limitations.

"But then Israeli companies came to me and said that the Israeli regulators aren't that big an issue. There is a maximum one million shekel fine and if you are a first-time offender you can get away with a NIS 150,000 fine. That type of fine in a deal of many millions is basically insignificant. They requested a solution for the U.S. regulation, with the U.S. exercising extraterritorial jurisdiction."

Safe-Zone classifies products in accordance with international control regimes such as US-EAR, EU-LIST, WASSENAAR, and MTCR, as well as with local governmental regulations in individual countries. One of the company's main products supporting this vector is its customs and enforcement module. Safe-Zone enables exporters to comply with local laws and international arrangements, thereby preventing errors that could cause significant delays in exports, heavy fines, and even criminal charges.

Safe-Zone has one subsidiary in India and another forthcoming in the U.S. It is currently bootstrapped, but Bar-Or said it is considering accepting external funding in order to support its expansion into the U.S. According to Bar-Or, the company currently has dozens of clients in Israel and he believes many others could benefit from Safe-Zone's services.

"You need to know what components your product includes and what the significance and sequences . Do you need a U.S. approval ?, which also of course depends on who you are planning to sell it to. Besides investigating the components you also need to check who the buyer is. The U.S. has 11 different lists of entities that the U.S. government forbids you to buy, sell or invest in. Any incident with the U.S. authorities can cost you many millions and there have been cases in which CEOs even were prisond . Our entire goal is to protect Israeli companies and officers from such incidents and to allow them to deal with the U.S. regulation in an effective and cheap manner," said Bar-Or.

"Because I served in the missile defense sector, we developed a multi-layered defense system, made up of four levels. The first is to examine all the components and identify if any of them are supervised by the U.S. Assuming there are components that are supervised by the U.S., we enter the second layer of defense and we investigate which country you intend to sell to and within no time you will receive a simulation of the entire U.S. licensing process. A key in determining whether an export license is needed from the Department of Commerce is finding out if the item you intend to export has a specific Export Control Classification Number (ECCN). If the system determines that you can sell to that entity, we move into the third layer in which the system checks if you might be entitled to an exemption. The U.S. gov have all kinds of exemptions and if you are entitled to one the system will notify you and you can print it on the spot."

Bar-Or said Safe-Zone is in negotiations with U.S. governmental authorities interested in integrating the tool to their systems, but added that his company's most pressing focus is the Israeli market and ensuring Israelis don't suffer any sanctions.

"We can't control the direction of the wind but we can adjust our sails. Neither I nor anyone else can control what the U.S. decide and how they adjust their rules. All we can do is adapt and try and make sure that we aren't damaged by the wind," said Bar-Or. "I want Israeli investors, funds and attorney firms to be aware that an earthquake has happened , the tsunami is on the way and that they need to change their conduct. We have the tools to help them. I'm not happy that this is happening. We developed these tools without knowing what would happen. Most people want to follow the law, but the problem is that these are very complicated U.S. regulations and many people don't even know they exist. The Americans mean business and you don't want to mess with them."