Senior Managing Director and Global Head of Blackstone's Growth Equity Business, Jon Korngold, doesn’t believe we are in a stock market bubble but says there is definitely a relaxing of some of the discipline we have come to see in the public markets in recent years

TAGS:
The prospects of a financial recovery are much greater today than even two months ago, but the broadscale euphoria right now around technology investing won't last for much longer, Jon Korngold, a Senior Managing Director and Global Head of Blackstone's Growth Equity Business (BXG) told the SOHN'x Tel Aviv Investment Conference 2020 organized in partnership with Calcalist.

"The prospects of recovery are much greater today than even they were two months ago so I think we will see a more uniform return in stocks, not just five names holding the market up," said Korngold in his presentation. "I think in the long term that will be a much better structural dynamic for the market." 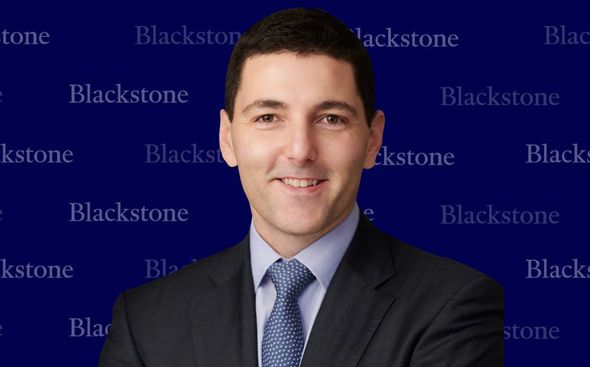 Jon Korngold, a Senior Managing Director and Global Head of Blackstone's Growth Equity Business. Photo: Courtesy
Prior to joining Blackstone in 2019, Korngold was head of General Atlantic’s Global Financial Services and Healthcare sectors, Chairman of the firm’s Portfolio Committee, and was a member of the firm’s Management and Investment Committees. He also previously worked at Goldman Sachs in the Principal Investment Area and in the Mergers & Acquisitions groups in London and New York, respectively. He currently focuses on providing capital to companies seeking to manage the execution risks associated with high-growth environments. Korngold said that the market has moved almost to a digital by default model, meaning companies in e-commerce, telehealth, electronic payments, cybersecurity and biotechnology are likely to benefit in a disproportionate way at the expense of more traditional business models. "The distortion of liquidity in the market has allowed many of these companies to live another day and in many ways some of these companies have even proven to benefit in a quarantine and now have a new lease on life," noted Korngold. "That's an interesting observation that in the long term we are going to closely monitor but what it has led to is a broadscale euphoria right now for technology investing and sometimes that has translated to unsupportable paradigms of valuation being accorded to this sector. I think it has also led to much of the market overlooking core business fundamentals. That is a problem. We haven't seen that type of divorcing from reality since the dot.com boom. That said I'm not saying we are in a stock market bubble but there is definitely a relaxing of some of the discipline we have come to see in the public markets in recent years. At some point in the not too distant future fundamentals will matter and I don't think the market will be willing to ignore unsupportable businesses."

This year's conference is being held to support the Israeli Rett Syndrome Association, and due to the Covid-19 pandemic the organizers developed a unique concept only for SOHN'x TLV 2020 - The 6X6 Concept. Six events will be held once a month, each led by a different leading investment opinion leader. Korngold headlined the first event broadcast on Monday, with next month's edition to be led by Robert Powell, Head of Thematic and Sector Product Strategy at BlackRock.

Dan Gillerman, a former Israel Ambassador to the U.N. and a Senior Advisor to the Blackstone Group, is the chairman of SohnX Tel Aviv, with Roger Gladstone, founder of the RCS Recovery Corp, the co-chair.