The drones and robots will be able to scan and map buildings and mark people on the premises, identifying whether they are armed and help differentiate between innocent civilians and militants

TAGS:
Urban warfare is considered to be the nightmare of every army, providing the adversary an area in which to hide and assimilate among the local civilian population while ambushing attacking forces. The use of civilians as human shields prevents Western armies, like the Israeli military, to use their firepower the way they once used to, something which often results in house-to-house warfare in order to clear locations instead of bombing them from the air.

Israeli defense contractor Rafael announced on Sunday its first use-case of Anyvision's technology via the joint company they set up together named SightX. The joint company was founded in order to develop defense applications with Anyvision's AI-driven computer vision. 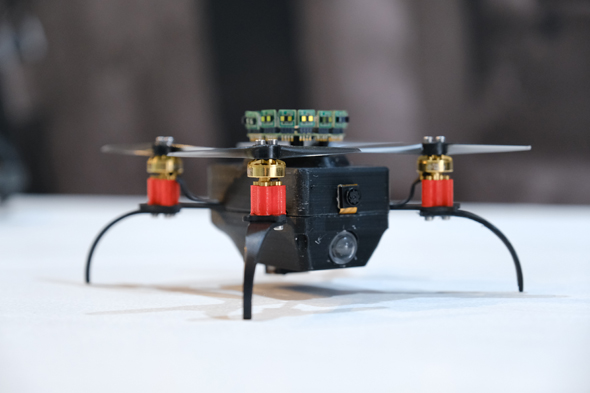 A drone armed with Rafael and Anyvision's computer vision system. Photo: Rafael
The first product will see drones and robots receive automatic detection capabilities courtesy of Rafael's and Anyvision's joint development. The drones and robots will be able to scan and map buildings and mark people on the premises, identifying whether they are armed and help differentiate between innocent civilians and militants. Rafael demonstrated last week the system's capabilities to defense and interior defense clients from around the world, using commercial drones and a dog-like robot in the display. "We use commercial platforms and integrate the autonomous operational capabilities and our AI-driven computer vision," Shmuel Olanski, head of the innovation program center at Rafael, told Calcalist. "Identifying targets automatically has been operational for years in air forces and naval forces across the world, but infantry forces weren't able to benefit from it - until now." Rafael estimates that a drone armed with these new capabilities, that will allow it to go in and out of buildings without human assistance, as well as recognize combatants and weapons, will cost in the region of several hundred dollars. Its ultimate goal is to reduce the need to send human fighters into a danger zone, and when sending in human fighters is unavoidable, to provide them with accurate intelligence of the threats that await them. In the future, the drones will also be able to fully identify people on the premises with Anyvision's facial recognition technology. 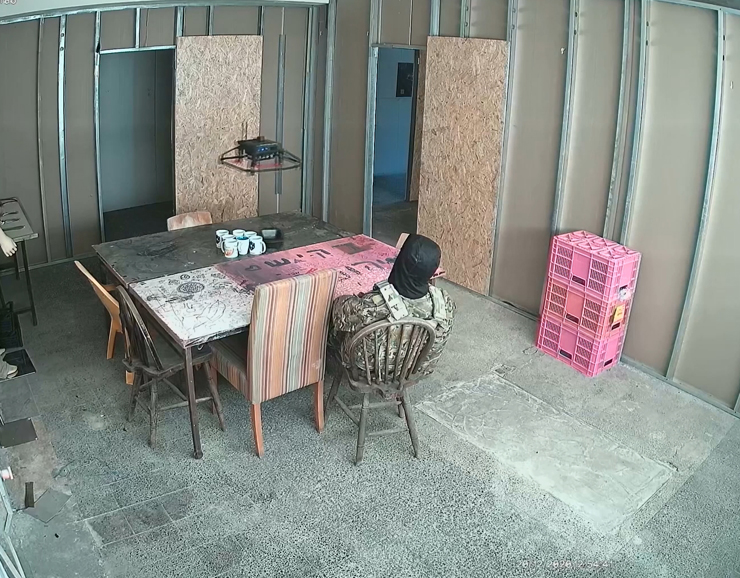 A photo taken by a Rafael drone. Photo: Rafael

In the demonstration Rafael arranged for reporters, the drones didn't give an impression that they were especially quiet and it seemed that combatants would be able to shoot them down within several attempts. The drone used in the demonstration landed on its own power due to a malfunction, leaving the walking robot with the job of completing the mission.

"In the demonstrations that we arranged for different clients we were met with different preferences. Some customers are looking for silent flight, and we will be able to provide that, and there are those who actually want the drone to make noise and scare the occupants so that they will exit the premises," added Olanski. "No system is immune to being attacked, but there are other solutions." For example, many companies in the world have displayed the capability of operating a flock of drones, something which could also be a solution for fighter drones.