SimilarWeb is set to join the ever-growing list of Israeli companies targeting a Nasdaq IPO in 2021, with a source telling Calcalist under the condition of anonymity that it is aiming to go public in the second quarter of next year at a valuation of $2 billion. JP Morgan is expected to lead the offering.

SimilarWeb was founded in 2007 by Or Offer, and has developed a way to measure and predict customer behavior in the digital era. Its tools are used by large, leading brand name companies, to analyze customer behavior and compare it to its competitors. The company’s technology gathers information from hundreds of sources and uses them in advanced machine learning algorithms to provide a complete picture of digital activity in real-time. SimilarWeb says that more than half of Fortune 100 companies, such as Walmart Inc, Google LLC, P&G, and Adidas AG, rely on these tools to gain digital insights. 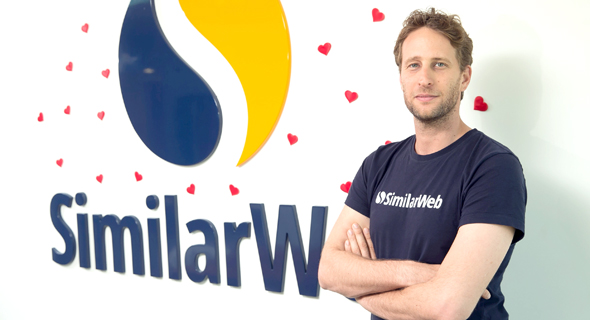 SimilarWeb announced two months ago the completion of a $120 million series funding round. The round included both a primary direct investment in the company and a secondary investment in which shares were purchased from current holders. The round was led by ION Crossover Partners and Viola Growth, bringing the current fundraising to a total of $240 million.

The company added that it plans to open new offices in North America and Europe in the coming months. It also hired two new managers Ron Asher became the CTO, while Kevin Spurway was appointed as CMO. SimilarWeb employs nearly 600 people, and is in the process of hiring an additional 200 employees, planning to grow nearly 30% by the first quarter of 2021. It also hopes to expand its existing office in Israel by hiring 100 people, mainly in its R&D sectors, marketing, and sales departments.