Local tech companies traditionally raise funds in USD, meaning most of the sector is adversely affected by the exchange rate hitting lows not seen since November 1996

A group of Israeli tech entrepreneurs and investors met with Bank of Israel representatives this week to warn of the dangers posed to the sector by the Israeli shekel and U.S. dollar exchange rate, which has hit an historic low. One U.S. dollar is currently being traded at NIS 3.21, lower than it was during the 2008 crisis and a rate not seen since November 1996.

The Bank of Israel (BOI) has purchased hundreds of millions of dollars in foreign currency just this week in an attempt to slow shekel gains, but despite buying $17 billion in foreign currency since the start of 2020, the shekel has appreciated this year by nearly 7% against the dollar. 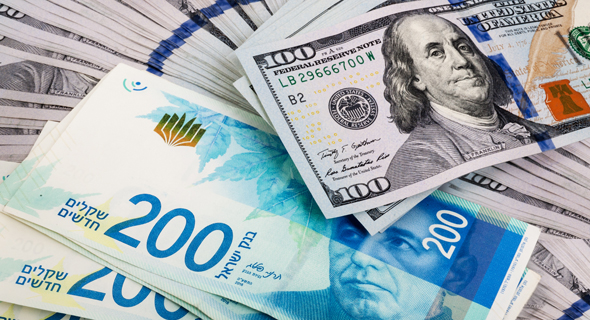 The Hi-Tech Forum, which includes startups, entrepreneurs and venture capital funds, sent out a letter to the Ministry of Finance and the Bank of Israel earlier this month and was invited to meet with BOI executives this week to discuss the matter. The initiative was led by Liron Rose, a serial entrepreneur and venture capitalist who has advised tech companies for 20 years.

The forum warned that Israeli tech companies traditionally raise funds in USD so therefore most of the tech sector is adversely affected by the exchange rate. In addition, tech companies generally pay their employees in shekels while their income is received in dollars. The forum was represented in the meeting by Rafi Magan, CEO of Kendago, Eitan Achlow, CEO of Saito Tech, Omri Shacham, Managing Partner at Elliptic Ventures and entrepreneur Oleg Golynker. The BOI was represented by Amit Friedman, an adviser to the head of the Bank of Israel's Market Operations Department, and Michael Blank, Head of the Trading Unit, Market Operations Department.

"Other than the Bank of Israel which was very quick and courteous in responding to our letter and offering a meeting, we have yet to have heard from anyone else," said Rose. "We are in particular awaiting a response from the Ministry of Finance as we elaborated in our letter on the importance of the ministry and BOI combining forces in order to reduce the drop in the exchange rate."