The next election campaign round is shifting from the streets to digital platforms, and it’s going to be dirty. TikTok provides a space free of censorship, and the combination of voting apps and WhatsApp groups may become conspiracy theories superspreaders

TAGS:
After three Israeli election rounds within two years, it seems as if we’ve seen everything: fake news, voting bots, conspiracy theories, apps that are designed to sway voters, data leaks, clear use of user information, targeted campaigns, and whatnot. But the approaching election campaign will be significantly different from its three predecessors. It will be the first election campaign that will take place in the midst of the pandemic, something that will change the dynamics of the entire process and move a lot of what is happening on the streets to the online platforms. 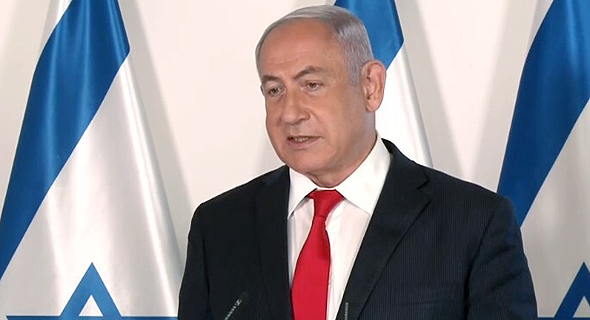 Prime Minister Benjamin Netanyahu's party, the Likud, relied on the Elector app to sway voters. Photo: Alex Gamburg
The dynamic is expected to be charged with additional energies thanks to the digital foundations that remain from the previous election rounds, and also due to some of the lessons learned from the recent U.S. presidential elections. Those factors promise that the upcoming Israeli elections will be more toxic, dirty, inciteful, and deceitful. This time we will also have lots more of TikTok. Yair Netanyahu, the son of Israeli Prime Minister Benjamin Netanyahu, provided an example of the characteristics that will shape the next election when he retweeted last week someone claiming that there was fraud detected in previous elections. According to the tweet, which is completely baseless, the Netanyahu-led right-wing block dropped from 62 seats to 58 after the Chairman of the Central Elections Committee Supreme Court Judge Neal Hendel locked himself in a room with the Director of the Central Elections Committee Orly Adas “election fraud is already here,” the tweet claimed. TikTok has an important role TikTok is the new player that is set to become a significant factor in the approaching election. Over the past year, the social media platform became highly popular and played a clear role in the U.S. elections campaign. “All of our work on digital and social media platforms is influenced by political advertising regulatory policies that exist in the U.S.,” Abdu Jabarin, who owns the Lines Communication advertising agency, which ran the digital campaign of the Joint List Arab parties since 2015 told Calcalist. “Everything that happened there in 2016, also affected us here in later elections. Today, we know that the changes will relate to things like approving advertising or defining something as fake news.”

TikTok is the only platform that doesn’t have a clear policy in matters pertaining to elections, he says. “It’s no coincidence that the prime minister opened a TikTok account two weeks ago, when he received the first coronavirus (Covid-19) vaccine. It’s the only platform that hasn’t set forth a clear policy regarding how political advertising can be used on its platform yet,” he said. “In addition, it is a network that has grown a lot during the past period, especially in the Arab sector where the average user spends 50 minutes a day on the app. Political advertisements don’t need to receive approval on TikTok, and we haven’t seen things being taken down like they were by Facebook or Twitter in the U.S. elections.” 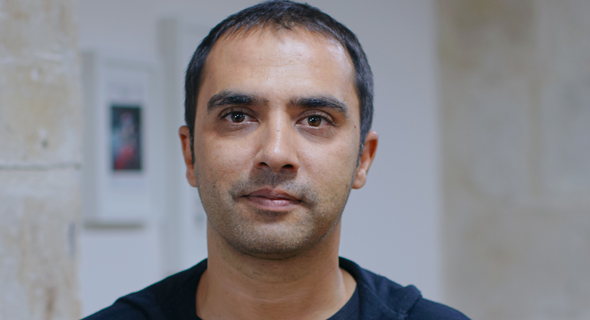 Abdu Jabarin says that the Arab community is easily influenced by TikTok.
According to Jabarin, the ability of political bodies to create viral material on TikTok is significantly greater in comparison to that of other social media platforms. “Political pages on Facebook aren’t exposed to tons of users but on TikTok, the algorithms give posts a higher chance of going viral. Facebook can block a page’s political message, but if users take a video that the Yesh Atid party for example uploaded on TikTok and published it on their own private accounts, numbering in the thousands, then who can control that? You can’t block 2,000 people who shared a video. And even if you do block them, after two hours it’s already done its work. TikTok will allow the type of aggression that Facebook and Twitter don’t. The war and attacks will come from there.” Increased use of apps One of the main issues in previous elections was the use of apps designed to sway voters, such as the Elector app used by Likud Party voters. Netanyahu promoted the use of the app during his rallies, and the Likud Party set up a complex mechanism to leverage the vast amount of user data that was entered into the app to be used to encourage tens of thousands of voters to go to the polls. The party also stuck to using the Elector App even after it was revealed that user data was leaked. Nimrod Eliran Sabbah, a communications adviser to Minister for Cyber and National Digital Matters David Amsalem and the owner of the PR agency Tal Shachar Communications and Strategy, headed the Likud's Electoral App headquarters in the previous election. He is the one who led the use of the app and built the campaign mechanism around it. “It’s the best and safest way to reach people,” Sabbah said. “Every political party understands that if it’s not on that platform, it won’t be able to get through these elections peacefully. During the coronavirus period, the connection between a political party and its voters is mainly on digital platforms. The Likud made great strides in doing that, opening a gap with its rivals, and it will continue to do so. In the Likud, people know that that’s what gave voters the big push to the polls, and added value in these past elections.”
Professor Karine Nahon, president of the Israel Internet Association and Associate Professor of Information Science at the Interdisciplinary Center at Herzliya, who studies the spread of information of social media channels, predicts that political parties that invested in apps like Elector, will reap the benefit in the next elections.
“These parties arrived at the election campaigns at an excellent starting point. Their databases, which they have been working on over the course of weeks, are still relevant,” she explained. “They have a large amount of data, and their ability to analyze big data is even greater now. They can accurately predict voter preferences. Their algorithms are sophisticated and their data is of higher quality. They can identify shifts over the course of the past three elections, and which voters parties must exert more pressure on or invest in.” Sabbah estimates that the use of Elector and similar apps will extend to newer fields, and during the coronavirus era those apps will take on the role that party headquarters once held. “There will be new technologies. artificial intelligence, carpooling, all of these digital tools will receive greater expression. It will be a purely digital election campaign. It’s hard to even begin to think about local campaign branches. That’s why all these apps have a significant role to play in swaying voters and giving life to all the familiar stages of the election cycle - the rallies, WhatsApp messages, and the local party branch’s activities. Once a person would call up their local branch and ask for a sign to hang up on their property, now there will be a feature on the app that allows them to do that.” 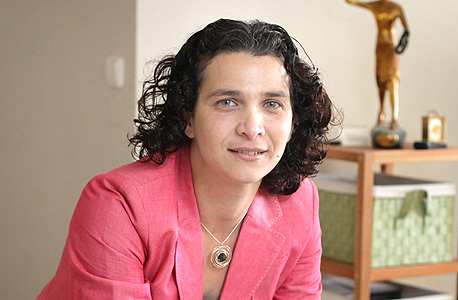 ill the Likud return to using Elector or another app? Sabbah thinks that a decision that still hasn’t been made, but estimated that Elector is a leading player in the field. “They added several features since the last election campaign. They studied the entire system more thoroughly, At the end of the day, Elector gave them results.”

Will apps designed to encourage voters replace local party branches? If so, what will replace crowd-filled rallies? The social media networks, of course. But not necessarily the public ones, such as Facebook and Twitter, rather the private apps like WhatsApp and Telegram. A dangerous combination that could lead to chaos “The digital sphere will become the town square, but it will immediately split off into different message apps, Facebook groups, or Zoom calls,” Nahon said. “There will be local discussion over networks and groups. That means that it will be much easier to spread rumors and conspiracy theories. This makes it much easier to manipulate people, since most of the work isn’t done on the visible social networks, such as Facebook, Instagram, and TikTok. On WhatsApp, Signal, and Telegram, there isn’t public access so everyone can see what’s going on. It’s like a conversation between friends, it will be much easier to spread false information between groups.”
Recently Read