Israel is well on its way to vaccinating its entire adult population and in exchange for delivering millions of vaccine doses, the government has pledged to give drugmaker Pfizer medical data on the millions of vaccine recipients from the health system’s vast databases

Israel is rapidly on its way to vaccinating its entire population for Covid-19 having already vaccinated two million people, more than 20% of its residents, in under three weeks. How was Israel able to establish such an efficient vaccination mechanism and receive such a large amount of doses from producers Pfizer and Moderna while other countries like the U.S., Germany, the U.K. or France, not only didn’t get millions of doses, but seemingly can’t even take advantage of the quotas they did receive and efficiently vaccinate their people?

Over the weekend it was revealed that as part of the agreement between Pfizer and Israel, it was agreed that in exchange for the millions of vaccine doses, the state will provide the drugmakers with access to vast medical databases with digital information about the people who have been vaccinated. Israel, in effect, agreed to function as a global experimentation laboratory, with the findings about its public to be used to determine vaccination strategies in other countries and aid the drug manufacturers in advancing research of coronavirus vaccines and other drugs and treatments. 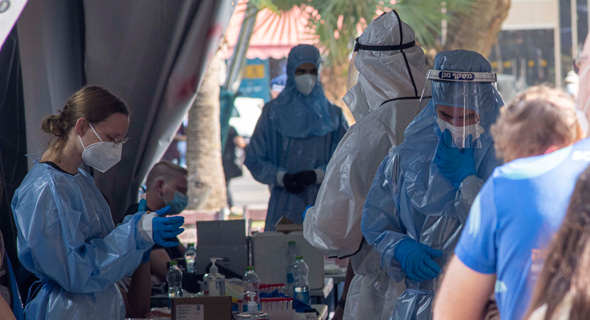 People line up to be vaccinated in Tel Aviv. Photo: Yuval Chen
What computerized medical data does Israel possess about its citizens?

The answer to this question rests in the history of the Israeli health system and the fact that it has been storing its citizens medical records — from cradle to grave— on computerized databases. Israeli citizens are required by law to purchase health insurance from one of the public healthcare providers so that every baby born in the country and every immigrant that arrives has a medical record that includes every vaccine they were ever administered, every disease they suffered from, every procedure they underwent, every drug they were prescribed, a detailed list of allergies and sensitivities — all concentrated on vast databases controlled by the healthcare providers and hospitals. When it comes to medical data, Israel possesses millions of digital files on patients, drugs, medical images, blood tests, doctor visits and much more.

What is the value of the data on the vaccine recipients?

Amid the data processing revolution, reliable and high quality data is a valuable raw material and in the modern healthcare era, those who own the data are key to the process, since the data provides the foundation for the development of new drugs and treatments. The leaps that have been made in the fields of artificial intelligence (AI) and machine learning (ML) over the past decade are some of the most important in the digital healthcare revolution. The developments came about on two fronts: the ability to analyze images and to reach conclusions about the patient’s status. This means that the more quality and detailed data drugmakers possess, the better and faster they can conduct their medical research.

What is so special about the Israeli healthcare system?

The foundation of Israel’s advantage rests in the fact that the local healthcare system is managed and controlled by a collection of many synchronized bodies. Unlike other healthcare systems around the world, that feature a large multitude of insurers, healthcare providers and private physicians and a decentralized array of hospitals, clinics, pharmacies , Israel boasts a centralized and functioning health system.

Why are the vaccine manufacturers interested in data about the Israeli vaccine recipients?

The combination of a healthcare system that covers 100% of the citizens, a critical mass of medical data that is stored on computerized databases and the fact that Israel is essentially an ‘island state’ with sealed borders, has made it an excellent testing ground for the Covid-19 vaccine producers. The realization that every vaccine recipient can be monitored, with access to their entire medical history, encouraged Pfizer and Moderna to rush millions of doses to the country, even at the expense of other client countries.

What did Israel promise Pfizer in return for the rapid delivery of its vaccines?

In a statement delivered by Israeli Prime Minister Benjamin Netanyhau last week, he revealed part of the details on the agreement between the state and the U.S. drugmaker. According to Netanyhau, as part of the agreement, it was determined that Israel would serve as a worldwide case study for the rapid vaccination of an entire country. He explained that for that reason the company expedited the delivery of doses and increased the amount. Israel, according to the prime minister, “will share with Pfizer and all humankind its statistical data that will help develop a strategy to vanquish Covid-19. We can do it because our health system is one of the most advanced in the world,” he said. 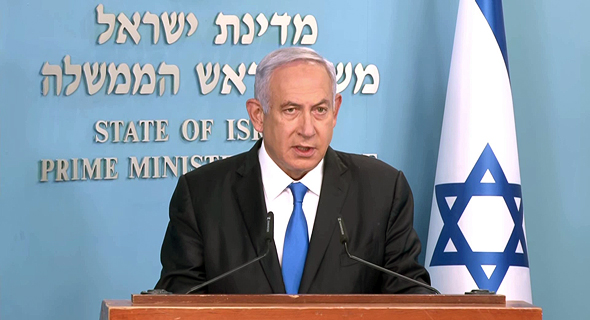 Netanyhau did not detail what data precisely Israel will share with Pfizer, but his statement raised concerns among privacy advocates regarding the medical confidentiality all Israeli health agencies are committed to. Was a deal struck behind the citizens’ back in which medical information was exchanged for vaccines? Is the privacy of Israel’s residents being sold out in favor of an expedited vaccine roll out?

In a subsequent statement issued by the Ministry of Health, it was stated that the data given to Pfizer would only include macro information of the type that is routinely provided to the public regarding the spread of the pandemic.

Will the Israeli healthcare system compromise on the medical confidentiality of its citizens in return for vaccines?

“Israel’s healthcare system is among the most advanced in the world due to the professional protocols employed by its healthcare providers, hospitals, laboratories and emergency services. We are constantly monitoring the results of the vaccination campaign,” said a statement by the Ministry of Health. ”The monitoring includes general figures on the rates of infection — the number of confirmed carriers, severely ill, deceased and vaccinated people. This data is vital for understanding the real-world impact of the vaccines on the pandemic’s spread. These details are shared with the public on a daily basis and the same information will be granted to Pfizer.”

What is Pfizer planning to do with the medical data Israel provides it with?

According to reports in Israeli media, Pfizer consulted with the World Health Organization as well as other heads of state, and their representatives closely studied the Israeli healthcare system, asked questions and were granted inside access to the Ministry of Health and the Covid-19 Command Center’s databases. Pfizer’s experts were reportedly impressed by the level of inter-ministerial cooperation and the work of the IDF’s Homefront Command when it came to its Covid-19 testing and transfer of data. They closely analyzed the healthcare system’s structure and the role and distribution of the HMOs. They also asked to closely examine the computerized data center developed by Homefront Command to gather data from people infected by the virus and track their movement.

Israel will in effect function as a global test case with the findings of this massive undertaking serving to set vaccination strategies in the rest of the world and be used by the companies to conduct research into Covid-19 vaccines and other drugs. Israel pledged to provide Pfizer with data collected explicitly for that purpose, including the vaccine effectiveness, side effects, and the time it takes to develop antibodies according to age, gender, medical history and other factors. In order to maintain medical confidentiality, Pfizer and the Israeli government agreed that no identifying details aside from age, ge