Twitter’s competitor was blocked by Apple, Google, and Amazon, but isn’t the only social media site that is used as an outlet for racist content by the American far-right and they too grew up in Silicon Valley

TAGS:
Ever since outgoing-President Donald Trump lost the U.S. elections, the social media site Parler saw its number of users skyrocket. The network, which was launched in 2018 and based in Henderson, Nevada, served less than one million users at the beginning of 2020. However, according to current estimates, today it has around 10 million users. Most, if not all of them are Trump fans that were disappointed by Twitter. They view the new platform as their last refuge for freedom of expression, where they can express themselves without any restrictions and consume content produced by people who have been banned from Twitter since they were considered inciters to violence, anti-Semitics, racists, or neo-Nazis. It is no accident that these people have flocked to Parler. The founder of the social network, John Matze, launched it after he felt “exhausted by the ideological suppression and the abuse of privacy” of the big tech giants, mainly Twitter. “If you can say it on the streets of New York, you can say it on Parler,” Matze said. The platform does have some guiding principles: users are prohibited from posting any content that incites violence, includes slander and profanity, or any other illegal activity, as well as spamming. The company also holds the right to “remove any content, and to prevent any solicitation of services at any time, for any reason or for no reason at all,” as is written on the company’s website, which didn’t really set itself apart from other social media networks. 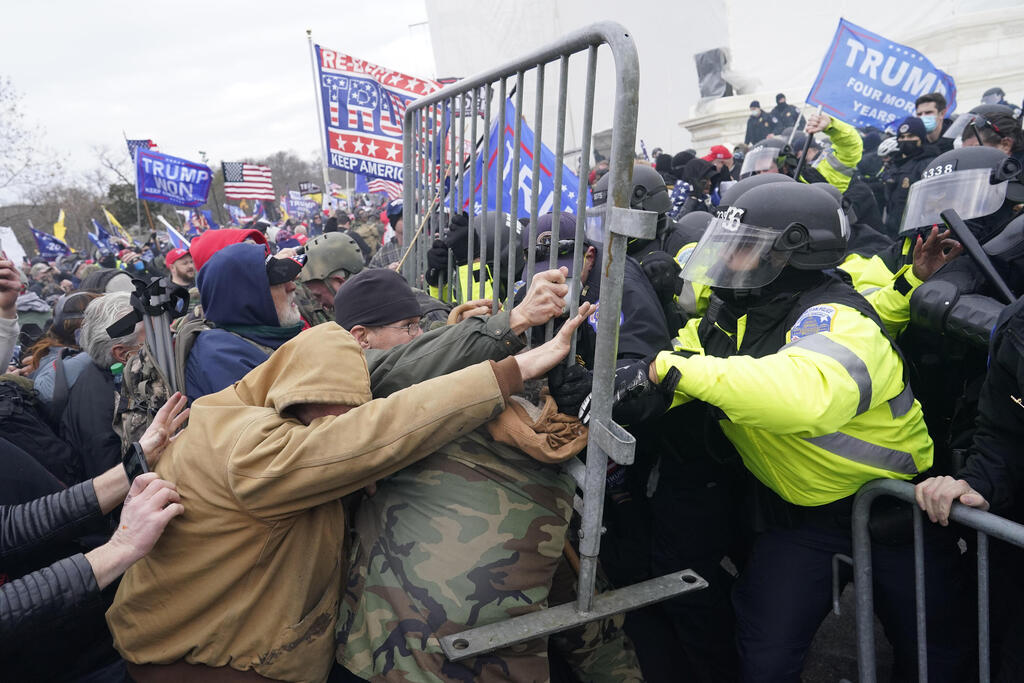 The mob protests on the U.S. capitol were aided by many alt-right sites. Photo: MCT

This isn’t the first time that Twitter experienced a mass exodus. Over the years, such waves were dubbed “The Great Fall of Twitter” or “Twexit” and took place every time content by far-right figures such as Alex Jones and Milo Yiannopoulos and neo-Nazis Richard Spencer, and David Duke was deleted. After Trump removed from Twitter for incitement, Parler was there for him, prepared to provide a safe haven for all those whose “free speech was suppressed” as effortlessly as possible. Aside from a few semantic differences, both platforms are similar and easy to switch between. Most of the activity takes place on a dynamic feed, where each post or “parlay” is limited by the number of characters. You can ‘like’ Parleys or upvote them, or even share or “echo” them. Public figures can be verified by the social media network, as can individual users who choose to upload a copy of their driver’s license or another valid form of ID. The essential difference between the two is that marginal views are welcome on Parler. The technological product has quickly become a haven for conspiracy theories from the far-right, fostering an environment that embraces any jaw-dropping subject. Various profanities are seen on the platform, such as “Jews belong in the ovens,” one hashtag proclaims, while one user wrote “I’m going to f*cking rape a politician.” One of the most popular conspiracy theories on the site claims that last week’s riots in Washington D.C. were carried by actors or those on the far-left, such as Antifa, who tried to crush their efforts to grant Trump a second term, after the elections were “stolen” from him by widespread fraud. Like any other haven for the alt-right, the rapid leap of users resulted in the tech community disengaging from Parler. At the end of last week, Apple and Google announced they would be removing the Parler app from their app stores until Parler begins to oversee all the content playing out on its platform. After pressure from its employees, Amazon announced that it would not provide web hosting services for sites that are active on Parler either. Matze called the retail giant’s decision an “attempt to remove all free speech from the internet.” Of course, Matze is exaggerating. In the U.S., retail businesses jealously reserve the right to decline services. In fact, it was Conservatives who appealed to the U.S. Supreme Court to protect the rights of a Colorado baker Jack Phillips, who refused to bake a wedding cake for a same-sex couple and won. Just like the couple who had to choose a different bakery, Matze must now search for a new retail company that can provide hosting services to Parler services, one that feels comfortable hosting a platform that contains unflinching hatred, without any accountability, that occasionally leads to violence. There is no shortage of such sites. Matze even told users that the company has “several vendors who are competing over conducting business with Parler instead of Amazon.” 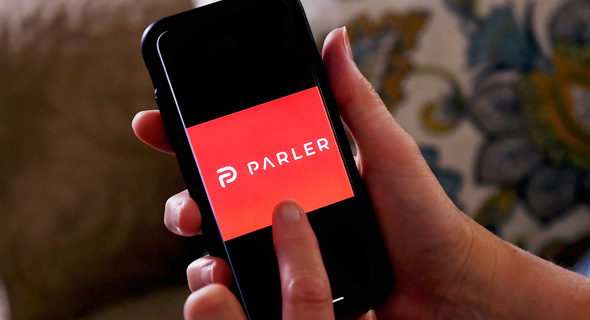 The Parler app is used by many as an alternative to Twitter. Photo: AFP

The internet is a multi-layered space. Many are familiar with the surface layers, the popular news channel websites, social networks, and public institutions. Many have also heard of the Dark Web where dodgy drug deals and human trafficking conducted using cryptocurrency takes place. But in between, other layers of the internet are thriving, alternative layers that are already firmly established, and exposed to all. There isn’t another group as skilled at using these layers than the American far-right. It’s an entire world that doesn’t follow existing social norms, and whose people don’t hide or censor their opinions, rather share them openly. It was built by the same technological elite of Silicon Valley, providing users with total speech, total accessibility, and a total experience.

If Wikipedia is too tolerant for you, you can always turn to Metapedia or Infogalatic, two online “encyclopedias,” which are forgiving of any content that is racist, anti-Semitic, or homophobic. The far-right uses alternate fringe sites as reliable bibliographic sources. Voat was another option, before being shut down, and functioned as an alternative to Reddit and is believed to be the birthplace of the QAnon conspiracy theory movement, after such activity was prohibited on other similar platforms. Gab, a neo-Nazi alt-right site, a sort of combination of Reddit and Twitter has long ago become a platform for coordinating domestic terrorist attacks in the United States, and is an alternate channel where users can provide updates. The most recent attacks on the U.S. capitol were coordinated on Gab, as well as the massacre on the Pittsburgh Tree of Life synagogue two years ago, where the shooter, Robert Bowers posted his intentions of attacking the synagogue’s attendants. There are crowdfunding sites that try to provide shadowy financial backing for campaigns “regardless of ideological bent,” such as WeSearchr, GoyFundMe, and RootBocks, but they were unsuccessful in finding companies to process their payments. Over the past few years, even a dating site, Wasp Love sprang up, and is specifically designed for those who want to find a partner who “loves the white race” and “wants to preserve their heritage.” Its site says that singles who are either “Confederate, white nationalism, alt-right” or other radical denominations are welcome. The bottom line is anything that is alt-right these days can be found on the alt-Internet. It’s true that these sites are far less attractive than those created by tech giants. They are always built with sloppy and sometimes childish graphics. Many aren’t intuitive for users, and don’t draw them in with the same effectiveness that YouTube, Facebook, or even TikTok do. Not a good business model These sites are like an evil and unsuccessful twin to the Internet, which hasn’t managed to expand outside of its native population of extremists. It hasn’t managed to raise significant capital. It exists without a sustainable business model and suffers from ongoing problems of user abandonment. Since Matze is clearly familiar with all this, he is trying to use his platform to draw in liberal users as well and buy influencers’ loyalty. After the most popular U.S. Conservative figures had already started using Parler’s platform, Matze has recently started offering $20,000 for any new liberal user with at least 50,000 followers on mainstream social media networks like Instagram. Matze also knows that radical figures feed off conflict which fuels impulses, and riles them up, and unites them. This is a principle of many far-right platforms. However, he also understands the need for pluralism and a diversity of opinions and conflicts which can be seen as necessary materials in order to successfully remain an outlet for a multitude of voices on platforms that are dedicated to freedom of speech.