Is Lemonade really worth $10 billion? Depends on who you ask

The Israeli founded online insurance company shares some striking similarities with auto market disruptor Tesla, but not when it comes to the bottom line

For many years, the Israeli industry's big dream was to have its own Nokia - a tech giant that is an economic and employment anchor, as well as a source of national pride. Teva came close to that, but ultimately the similarities between the two were mainly in their decline. But now, without any intention of doing so, Israel has gotten its own Tesla.

Lemonade may not have built an electric vehicle, but it is significantly disrupting the insurance market in which it is active. It is doing so with cheap insurance policies that are priced by an AI engine that ensures quick payouts when necessary. Like Tesla, it mainly appeals to millennials making it a favorite of momentum investors.

This momentum brought Lemonade, which doesn't operate in Israel but was founded by Israelis Daniel Schreiber (CEO) and Shai Wininger (President and COO), to an amazing valuation of $10 billion this week. Just as Tesla overtook the combined value of many of its rivals in the auto industry, Lemonade has long had a value greater than that of all Israeli insurance companies combined. 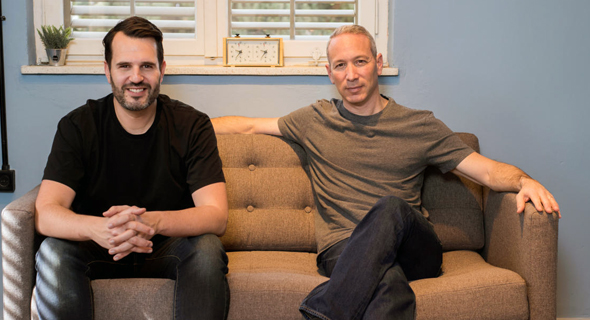 In fact, according to financial standards, Lemonade shares are even more expensive than those of Tesla. The Israeli-founded company is still far from being profitable, with its revenue in 2020 expected to be close to $100 million. As the company has no price to earnings ratio, Lemonade can only be judged according to the fashionable index of income multiplier. According to its income in 2020, Lemonade's current valuation gives it a multiplier of times 100, and times 90 on its expected revenue in 2021. These are unprecedented figures even by the standards of tech companies currently considering an IPO with an income multiplier of times 10, i.e. one billion dollars of valuation per every $100 million of income. Tesla, by the way, is currently being traded at an income multiplier of times 25 of its 2020 revenue, and times 15 of its expected income in 2021.

On the back of its incredible valuation, Lemonade announced earlier this week that it would be embarking on an additional IPO, just six months after its first. The company plans to sell three million of its shares and generate $500 million, with shareholders also planning to offload 1.5 million shares. Among those shareholders is Schreiber, who will be selling $55 million worth of shares, Catalyst Investments and Harel insurance, which was an early investor in Lemonade and is now going to sell almost all of its remaining shares. SoftBank will not be selling its shares at this stage, and neither are Israeli VC Aleph, Sequoia Capital or co-founder Wininger.

The decision to take advantage of this opportunity is understandable following the tripling in value of Lemonade shares since the start of November. But what is the significance of the fact that a large portion of the shareholders are choosing not to sell stocks? They clearly believe that Lemonade will be worth a lot more in the future.

In fact, Wininger is so confident that a few hours before announcing the sale of additional shares he used his Twitter account to lash out at popular financial markets recommendations website Seeking Alpha, claiming that much of its negative content is written by investors who have shorted shares. "Most of the negative content in places like Seeking Alpha is written by random short traders trying to push stocks down using scare tactics and disinformation," Wininger wrote. In an apparent turn of heart, he later went on to delete the post, writing that: "I’m removing my rant about negative posts. You were right, I was wrong! ... must have woken up on the wrong side of the bed. Thanks for calling me on my shit."

Seeking Alpha writer Bill Maurer responded with a special post, explaining that Seeking Alpha contributors are required to disclose whether or not they are going to initiate a position in the stocks they write about over the next 72 hours before adding that Lemonade "stock certainly looks like it is in bubble territory."

Another similarity between Lemonade and Tesla is that with or without the analysis on Seeking Alpha, shorts make up 24% and 27% of their trading volume, respectively.

Tech entrepreneurs who have risen to prominence over the past decade are used to the VC industry bestowing them with compliments and easy money and they have a deep and almost blind belief that their creation is always worth more than its current value, or they have at least learned how to market it that way. That is the job of an entrepreneur because otherwise they wouldn't have taken the risk of founding the company to begin with. For Wininger, Lemonade is the second successful company he has founded after Fiverr. His first company is also traded on Wall Street, at a valuation of over $8 billion, although its income in 2020 was double that of Lemonade and it almost broke even in the third quarter of the year. Wininger didn't mind that Lemonade's surge since November can also be credited to positive recommendations published on Motley Fool, a competitor of Seeking Alpha.

Ultimately, the differences between Wininger and the short traders won’t be decided by a back and forth on Twitter, but rather Lemonade's results. The similarities to Tesla need to also extend to company profitability. Lemonade, which has amassed loses of $300 million over the past five years, needs to present clear financial reports that aren't based on the company's internal indexes and aren't explaining, for example, why the fact that the company generated income of just $17.8 million in the third quarter of 2020 isn't a representative metric. As long as that doesn't happen, Lemonade could end up only being remembered as one of the companies that represented the great disconnect between reality and the stock market in 2020.