"The core of every business’s success is love, passion, and care"

What makes a company successful? Of course, the company’s products must be innovative and useful, but what underlying requirements set a business up for success? According to Gigi Levy Weiss, founding partner of the seed venture firm NFX, the people who make up the company play one, if not the most, significant role in the prosperity of the business. Weiss has invested in well over one hundred startups over the course of his career and understands how important it is for founders to explain their ideas, answer difficult questions, and respond to criticism. Communication is key, and Weiss explains that all individuals should be able to communicate consistently at a high level. It is extremely easy to become lost in the numbers and strategies that go along with beginning a business, but in an interview to 20MinuteLeaders creator Michael Matias, Weiss emphasizes that the most successful companies have love, passion, and care at their cores.

What's your biggest passion, and what motivates you?

First, I'm a people person. As a CEO, I enjoyed working with amazing people developing products and strategies and solving issues. Now as an investor, I spend time with founders and bring value to their company, which I love.

So you form a partnership with your founders beyond just the noticeable check size that you're providing them.

How many companies have you invested in?

It's 70% the people because that's the most important thing. Then it's 20% the field and 10% the idea. However, there's a bunch of disclaimers around that. The first disclaimer is that there are fields that I don't invest in, so while it's only 20%, it's binary. If it's one of the fields I invest in, I give 20%, but if it's semiconductors that we don't invest in, then clearly that's binary. With the idea, if it's the right team and the right field, I don't care about the idea too much because that's going to change a gazillion times. However, if the idea is really bad, that's going to impact my analysis of the team. It is about balance, but the reality is that most of our decisions at the early stage are a lot around the team. 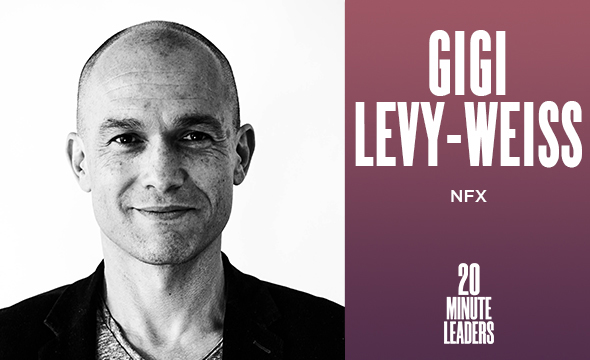 Out of the 120 angel investments plus 40 with the fund, how many do you feel like you've had a positive impact on the journey of the founder?

I think I’ve made a tremendous impact on everybody, but I know I am biased. There were a couple of points where I was there at the right time with the right answer and I saved the founders time or money or got them to the right place. The most important ones are the ones where I got involved during the tough times, the times where somebody wanted to give up because it was so tiring and difficult. I came in and gave them an honest analysis of why they should or sometimes why they shouldn’t continue because sometimes you have better insight and a different perspective. Every once in a while, I run into somebody that comes to me and tells me, "You know, you saved me three or four years of my life, and I owe you for that a lot more than I owe the people that told me to continue." At the end of the day, a lot of the advice that I give people is not necessarily about huge things, but a lot of it is about smaller things.

What's the channel of communication you use? Is it WhatsApp, messages, emails, phone calls? Or is it a weekly meeting?

It’s a combination of all the above. I have a weekly call with most companies and sometimes one every two weeks. I get lots of messages, and I try to respond to everyone promptly because most of the advice is time-based, and if you take too long, your advice becomes less valuable.

How do you make time to answer people?

As an investor, I’m working more than I ever have. That's a reality. For me, I made a commitment, and it doesn't matter who I am or how successful I am, I will always make time to respond. Everybody writing to me always gets a reply, and I try to make it very fast. And every time a company asks me a question, they're not the only one benefiting; I'm also learning something new.

Do you have a systematic approach to how you judge and evaluate these deals?

I read everything. I started what I call “email ping-pong,” which is basically playing email table tennis with founders where we ask questions.

Are these binary questions that dictate whether they make it to the next round for a meeting or not?

The questions could be about the team or the product; there's no cheat sheet. As the founders answer, I'm assessing what they say, how they say it, how they take criticism, how they respond when I'm unimpressed, and how they tackle difficult questions. You gain a ton of insight from these assessments. If they send me a deck and I send them a question about it and they take four or five days to respond, I begin to wonder how long it takes them to answer customers or investors. From every 10 companies, half are either in a field that I don't invest in or competing with something that I'm already investing in. Then, there's going to be around another three that will be disqualified in email ping-pong. I'll probably end up meeting 2 out of the 10. I get 10 almost every workday, and that ends up being around 30 or 40 meetings a month with less than one investment a month. So, it's a pretty crazy flow.

During the Covid-19 pandemic, you did something that's very contrarian to a lot of other funds around the world. Talk to me about that.

We had two options: wait and see what happens or try to challenge the industry. We chose the latter. We invested in seed companies because they're not dependent on the current recession or non-recession. It's the best time for them to be working on the product. Additionally, the innovation economy is the future, and we need to continue fueling it. We had standard documents that included everything the companies needed for evaluation and the percentage we were going to take. We promised initial feedback in three days and a decision in nine days. We're not saying exactly how much we got, but I can tell you that it's in the thousands.

How does one bring their highest energy to their work ethic?

I need three words that best describe you.