3D printer company Nano Dimension barely has any revenue, but it has completed no less than five funding rounds that amassed a massive total of $922 million in the past two months alone

"What do you think is the best price to buy?" That question appears on a YouTube channel aimed at youngsters trading on the Robinhood application and was asked regarding the shares of Israeli 3D printer company Nano Dimension, which has recently become a favorite among the channel's viewers. There are many such similar questions posted in response to a video that says the company’s shares make an excellent buy, which is another illustration of how social media has become the new forum through which stocks are being inflated.

Even if the entire tech stock market is not a bubble, there are certainly some deep air pockets in the sector, and they are being fueled by all the young investors flowing into the market and making purchases based on FOMO - the fear of missing out on the big party that can also be enjoyed during a time of lockdown and social distancing. Since November, this party is being held at the home of Nano Dimension, a company without significant income, especially when considering its value has risen to $1.4 billion. Profits are nowhere to be seen, but that hasn't stopped the company's shares from doubling in value during November and surging another 40% in December. Over the first two weeks of 2021, the shares rose by another 16%. The jump in price was accompanied by a significant increase in trading volume, which is currently at around 30 million shares daily compared to less than a million six months ago. 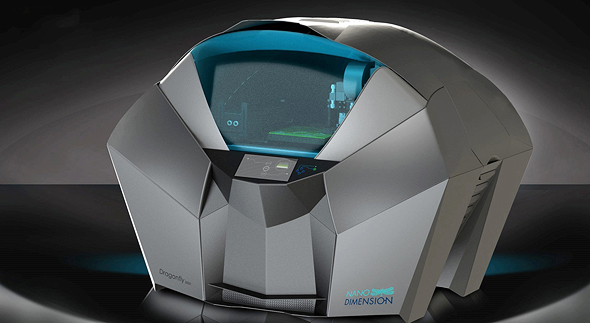 If this was a story of a sharp and speculative rise in a certain share it would have been just one of many. However, in Nano Dimension's case there is another important aspect, which has turned the company into a cash cow. In the two months that have passed since mid-November, the company has completed no less than five funding rounds that amassed a massive total of $922 million. All of the raises were implemented according to a prospectus the company had prepared previously and were based on the price of the shares at that time. The growing confidence of Nano Dimension can be seen in the increased amounts the company has been raising. At the end of October, it settled for a modest $50 million, while at the end of November it already raised $100 million. On December 6, the sum mushroomed to $180 million, with the subsequent raise on December 28 reaching $250 million and the latest funding round announced this past Thursday raking in a fantastic $332 million.

Nano Dimension is the ultimate realization of the American dream. Until May 2020, it was an insignificant company that was traded on the Tel Aviv Stock Exchange (TASE) at a valuation of just several tens of millions of shekels. Since 2016, it was also traded on Nasdaq, before announcing at the beginning of 2020 that it will be leaving the TASE claiming the costs of being traded on the platform are too high. That was around the same time as the outbreak of the Covid-19 pandemic and the subsequent spike in interest in tech shares. The past few months have been especially good for the 3D printing sector after many forums and social media groups of Robinhood investors turned their attention to it at the expanse of the autonomous vehicle industry. The optimism is based on the expectations that the sector will be able to recover after the painful blow it suffered during the pandemic. The optimists believe that this sector, which has to date developed slower than expected, will benefit from the interruption to the global supply chain caused by Covid-19, boosting the purchases of 3D printers due to a demand to create a local accessible manufacturing option for small parts, negating the need to order them from the other side of the world. This has resulted in the rise in the shares of all the big players in the sector, like Israeli company Stratasys, but none did so at the rate of Nano Dimension, and in none of them was there such a deep disconnect between the reality and the valuation.

Stratasys, for example, is a company with annual revenue of around $500 million,but is still not profitable. The company has $300 million in cash reserves and hardly has any debt. Stratasys is valued at $1.8 billion, just $400 million more than Nano Dimension which registered sales of $1.4 million and a loss of $27 million over the past nine months. In the third quarter of 2020, Nano Dimension reported revenue of just $438,000, a 72% drop year-over-year. Despite these figures, Nano Dimension is far from being a startup. It was founded by three former Indigo employees in 2012, two of which are no longer with the company. One of those is Sharon Fima, who went on to found MeaTech, which is developing technology for bioprinting meat using stem cells and is currently being traded on TASE at a valuation of $300 million.

The story Nano Dimension is currently telling its investors, a story they want to hear, is that it is gearing up to make acquisitions. In an interview he gave in the U.S. recently, CEO Yoav Stern said that he has spoken to no less than 35 potential companies, even though he says his company doesn't currently have any competition. Even if you deduct the company's current cash reserves, its valuation is still at around $500 million, and that for a company that has been able to generate minuscule income despite already selling its products for five years, which has significant losses and with a CEO who says that it has no competition.