Covid-19 has accelerated change in the banking industry, but that’s just the beginning

TAGS:
As we all have witnessed over the past year, Covid-19 dramatically accelerated the transition to digital services across multiple sectors and industries. One sector that has been more impacted than most is banking. The pandemic has forced banks and their customers to embrace digital tools and processes. And, because of lockdowns and social distancing, the number of digital banking transactions conducted via online channels is skyrocketing.

Indeed, in many cities around the world there is already a sharp decline in the number of physical bank branches as consumers transition to mobile-first and remote digital transactions. According to a new Boston Consulting Group survey, “one in four customers is planning to either use branches less or stop visiting branches altogether after the crisis." 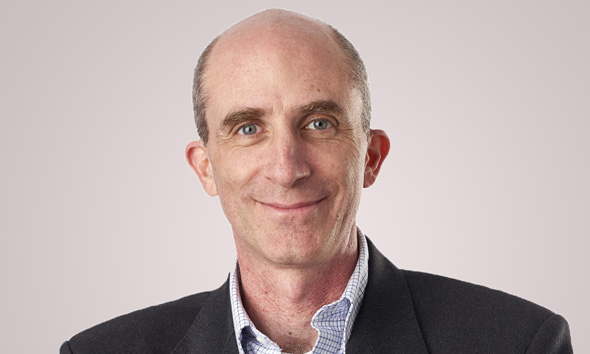 However, while Covid-19 has served as a catalyst for digital transformation in 2020, the banking industry is subject to deeper and more fundamental disruption by new entrants. One exciting example is Solarisbank in Germany, which has partnered with Samsung Pay to accelerate financial markets transformation and reimagine the consumer experience by making people’s lives easier in these challenging times.

Innovation in banking is driven by multiple factors, including technology, regulation and growing consumer expectation for instant and digital experiences. Let’s take a closer look at each of these factors:

1. Technology. Traditional banks developed their legacy banking infrastructure over the past several decades, with on-premise deployment of an outdated, difficult-to-adjust and expensive-to-maintain computing infrastructure. The rise of cloud computing has brought about breakthrough agility, flexible resource consumption models and lower cost structures for players who develop new platforms from scratch and are not stuck with legacy systems. Cloud-based infrastructure allows rapid deployment of new services.

2. Regulation. On the regulatory side, we are entering the era of Open Banking. Regulators around the world have been promoting opening up the banking systems to increase visibility, competition and participation of new entrants to better serve consumers and grant them control on their data. This is most pronounced in Europe with the adoption of PSD2, which forces legacy banks to allow 3rd parties to retrieve bank account information, or initiate payments, on behalf of the consumer.

3. Consumer expectation. Lastly, consumers are getting used to instant service. They much prefer simplified user experiences and mobile-first interactions, rather than having to visit their bank branch. Indeed, 60% of consumers would rather manage all their financial products through a single app vs. traditional banking, according to EY survey.

The slow adoption of cloud technology by legacy banks, coupled with the introduction of Open Banking and the inherent high cost of legacy infrastructure, have made the incumbents vulnerable. A wave of new fintech players, along with Big Tech, are now taking advantage of this “perfect storm” to offer new, competitive banking services. No less than $34 billion in funding went to fintech startups in 2019 alone.

The combination of cloud, regulation and consumer experience is giving rise to disruptors that are adopting varying business models and strategies, which we have bucketed here into three categories:

1. Neobanks. Similarly to incumbent banks, these challenger banks are fully licensed (i.e. have obtained banking licenses from regulators) and directly serve consumers and business. However, such players are fully digital, relying on the latest cloud-based tech stack and avoiding the need for physical presence because they have no branches. As such, they benefit from inherently better cost structure and agility for launching new services. N26 and Revolut are among the most notable European neobanks. Prof. Amnon Shashua, co-founder of Mobileye, is aiming to launch a neubank in Israel, the First Digital Bank, later in 2021. As neobanks attempt to replace traditional banks, they will need to gain the trust of customers, who must be willing to deposit their assets with new brands.

2. Over-the-top. Open Banking creates opportunities for fintech startups to leverage and “ride” on the infrastructure of legacy banks, offering apps that consolidate all consumer finance (be it bank accounts or debit/credit cards) for a unified and simplified interface. Such over-the-top players don’t need full banking licenses as they do not actually hold consumer deposits, thus removing significant regulatory burden. At the same time, an over-the-top app can have much broader visibility to the consumer’s transactions across all of his/her accounts and cards. A notable player in this segment is Curve. Over-the-top players will need to defend their stickiness since they do not own the underlying accounts and cards.

3. Banking-as-a-Service. Last but not least, technology evolution is giving rise to a new category of fintech as consumer-centric companies with extraordinarily broad reach, such as Samsung, have an opportunity to offer financial services to consumers. However, these companies lack banking operations, which is a hinderance. To address that, players offering Banking-as-a-Service have emerged. These are companies that provide the regulatory license and the banking technology in a white label format, allowing consumer-facing companies to easily and quickly introduce financial services to their customers. The aforementioned Solarisbank, a portfolio company of Samsung Catalyst Fund, is a notable European Banking-as-a-Service provider. By supporting and white labeling strong consumer brands, Banking-as-a-Service can quickly gain the trust of consumers.

Disruption is coming in many colors and flavors, and we have yet to see who the winners will be. Covid-19 has accelerated change in the banking industry, but that’s just the beginning. Banking will never be the same as it is finally becoming truly contextual, digital, and on-the-go.