TAGS:
Israeli Space Week continues with a plethora of events, including the Ramon Spacetech Conference sponsored by the Ramon Foundation and Calcalist. The conference was an opportunity for the burgeoning space tech industry in Israel, with leading experts in the field, academics, government bodies, and volunteers taking part in panels, lectures, and workshops promoting space tech and education. During the opening panel on Monday, former NASA Head Administrator Charles Bolden moderated a discussion between leading women in spacetech, including head of the Biden transition team for NASA and Head of the Smithsonian Air & Space Museum Dr. Ellen Stofan, SpaceX President and COO Gwynne Shotwell, and Her Excellency Sarah bint Yousef Al Amiri, who serves as the Emirati Minister of State for Advanced Sciences, is chair of the UAE Space Agency and the United Arab Emirates Council of Scientists, and also Deputy Project Manager of the Emirates Mars Mission. Each panelist described her contribution to the space sector and about being a leading woman in a field that is not yet as diverse as others in the tech industry. 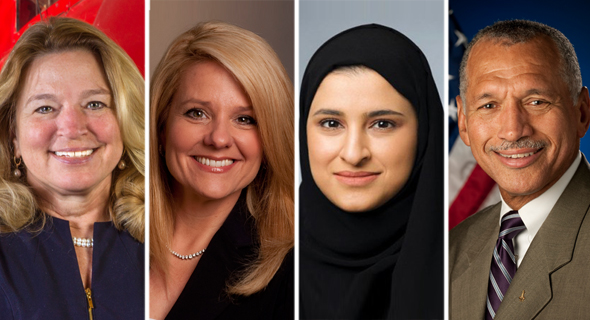 Shotwell noted SpaceX’s ambitious hopes for the future. “In 10 years we’ll see people start settling on other planets,” adding that, “people tell us we’re crazy every day, but we need to ignore that and push forward. We are trying to find a breakthrough in propulsion technology that allows us to go beyond the Moon, beyond Mars, beyond the entire Solar System. Certainly, within 50 years we’ll have a path that will allow us to fly to other worlds.”

Stofan added that opportunities for other countries to break into the space sector are growing. “This isn’t 50 years ago where there were only a few big countries. There’s room for other countries, including Israel, who is sending their first private astronaut to the International Space Station soon, to be part of this great adventure.”

She also related how she became an engineer since she was inspired by her father who worked at NASA as a rocket propulsion engineer, and how NASA and the global space industry are changing, incorporating more women and more diversity. “Women can be scientists. We can make huge contributions. It’s super important to have women role models in these areas.” February is set to be an exciting month, as three different countries have rovers heading toward Mars. “There's a sort of freeway between here and Mars, each spacecraft is right behind the other,” she said, with the United Arab Emirates’ Hope orbiter reaching the Red Planet on Feb. 9, China’s Tianwen-1, an orbiter, lander, and rover set to land on Feb. 10 and NASA’s Perseverance which is carrying a robotic helicopter called Ingenuity, arriving on Mars on Feb. 18. The U.S. spacecraft will take the first-ever Martian sample and return it to Earth. “There’s a chance that four or five billion years ago there was life on Mars, or that it involved somehow. We want to study ancient life on Mars, and that possibility will help us understand the potential for life outside of our Universe. It’s really exciting.” 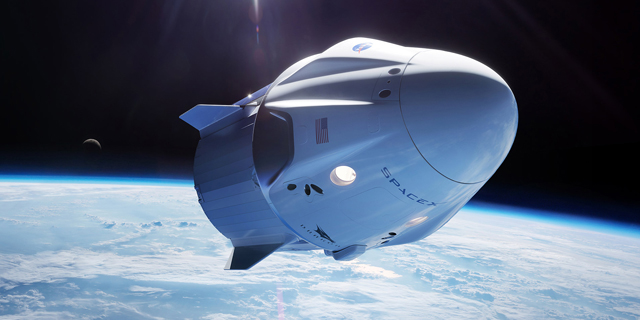 A SpaceX Dragon rocket docks with the International Space Station (illustration). Photo: SpaceX
Shotwell relayed SpaceX’s numerous projects, including the Starlink Program, of a constellation of low Earth-orbiting satellites for broadband networks, capable of bringing global coverage to any country on the globe. “Our Starlink satellites don't differentiate between what countries they’re flying over, and they have the capacity to put beams everywhere on Earth. We’ve already connected countries who’ve never had access before to broadband.” She also recalled the Starship program, which is an entirely reusable, two-stage-to-orbit, super heavy-lift launch vehicle consisting of a booster stage, named “Super Heavy,” and a second stage, known as "Starship.” “It’s being led by Elon Musk out of Boca Chica Village, Texas, and is a revolution in rocket technology. If you think about human exploration in space, it's best to use humans and not robotics. Think what would humanity be like if air travel wasn't what it is today. We at SpaceX believe that just like airplanes are reusable, we want spacecraft to be the same. You don't fly from LA to the UAE and then dump the aircraft, the aircraft comes back. We believe that rocket technology needs to work in exactly the same way.”

Although the technology is extremely expensive, with costs running to the millions of dollars, SpaceX is looking for a way to drive down the price by being one of the first commercial companies in the spaceflight sector, something that was reserved for governments in the past. “We want to produce products that are financially reasonable and are still in the testing stage. The Super Heavy booster will allow people to go to Mars and back, go to the Moon and back, and really kickstart human exploration. My passion is to explore beyond the Solar System, I want to find actual living beings that are out in the cosmos,” she said.

Her Excellency Sarah bint Yousef Al Amiri of the UAE spoke about the Mars mission she is leading. “This mission is the first endeavor of our country, and leaving the confines of Earth was challenging since we had a short amount of time,” noting the program only took off in 2014 and the team had about six years to launch on Jul. 19, 2020. “We looked at changing the approach to typical spacecraft design technology, both from an engineering perspective and a scientific one. We aimed to reduce the amount of time spent on design, increase the reliability without adding on additional burdens. This was a $200 million mission, and it’s relatively cheap compared to other Mars endeavors. Our teams in the UAE collaborated with the University of Colorado Boulder and worked on the development together from day zero. We amalgamated having systems engineers sitting together with scientists discussing how missions should involve over the next three months. This mission has taught us about expediting the process of expertise, and utilizing a different approach of developing missions for space exploration.” From a regional perspective, she noted the importance of encouraging Arab youth to pursue higher education, and particularly STEM, recalling the Arab Spring which brought a wave of riots and violent upheavals to the region. “A lot of youth were misused by various groups, rather than developing their smarts for science, they were marginalized by their communities and turned to violence. The UAE is largely made up of people under the age of 35,” she said, adding that on the Mars mission, 84% of people on the teams were women. In addition, she spearheaded the Arab Pioneers Program to train young engineers, and change young people’s lives in an often volatile region. 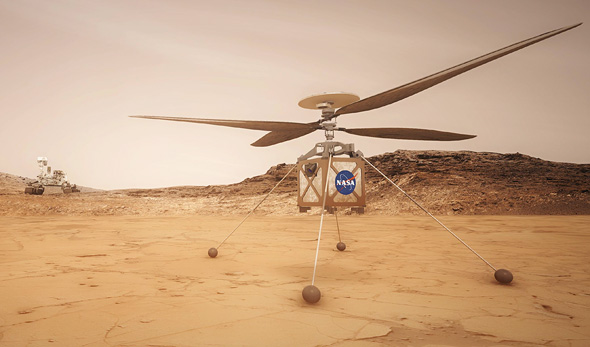 “All this is good news and means that the cost of space is going down. It means that in a few years, we’ll have more data to play with and more spacecraft floating around. This will instigate the space commercialization in the region at a lower cost, and we have to thank SpaceX for starting and creating this NewSpace sector, where before it was largely nonexistent.”

Stofan added that most science teams at NASA or in the U.S. are made up of 80%-90% men. “But what you see is a cultural thing, it isn’t an ability thing. Women are just as capable. We need our teams to be diverse, to reflect our actual populations.”

“Space is inspiring, space is for innovators, space is for entrepreneurs, we want women to know that there's a place for you to explore and move humans beyond Earth to the Solar System,” she said. When asked whether SpaceX will start to look to outsource some of its technologies, Shotwell answered: “We’re a vertically integrated company, and we build our technology in house, but we also look outside SpaceX, and buy or trade with any key piece of hardware or technology if it's not strategically important to be built by the company. We spin system designs easily, and work on very quick timelines,” she said, noting that SpaceX is trying to keep in line with U.S. regulations for national security reasons. “The State Department keeps very tight control on rocket technology, so it’s very hard to establish international support with other global space tech startups.” Bolden, who was the first African-American head of NASA concluded the panel by saying that through space tech, as humans look to find better solutions to combat climate change, global hunger, and more for space, it could bring about world peace, closing with a quote by Martin Luther King Jr. “The richer we become materially, the poorer we become spiritually. We haven’t learned the simple art of living together like humans.”
Buzz