“I work for a very long time before I trigger an investment, but when ready, I'm quick and decisive"

Finding an individual who sticks to and abides by her own core values can be difficult to find in any industry, but Irina Meyer, an Emmy award winner and venture capitalist, has never strayed from her central principles. Meyer began her career at Bank of America doing technical risk assessment before leaving the company to join ABC. Here, Meyer helped develop the Oscars Digital Experience, an interactive digital media platform that bridged at-home viewers with stars on the red carpet. After winning an Emmy for her involvement with the program, Meyer switched paths yet again and founded her own one-woman investment firm. In all her endeavors, Meyer strives to place herself in the best situation possible, even if that means walking away from people or an opportunity. Speaking to 20MinuteLeader creator Michael Matias, Meyer explains how whether it’s in the business or Hollywood industries, she has tried to stay true to herself and how she hopes that she can contribute to a more positive social environment.

How did you become so successful?

I follow my passion and do what feels right to me. I also walk away from the wrong people, and any time I fail or I'm in a bad situation, I push forward. Anytime I do win, I pause and share my success with other people who also need a break. I also keep learning.

How did you transition from Bank of America to ABC Motion Pictures?

After the 2008 crisis, I realized that Bank of America was deeply corrupt, and it created such an incredibly devastating trickle effect. Even though four months prior I’d been promoted to AVP, I decided to walk away from that environment because it did not align with my values.

What are the values that guide you?

I make sure my work contributes to something good. I do not give away my work for something meaningless or something with a short-term pragmatic effect. I aim to create a better social environment and promote creativity for the betterment of all people. Lastly, I never focus on short-term or mid-term financial gains because I believe when you do the right thing and work with the right people, the money will follow you. It may not be immediate, but eventually, it will.

What does it mean to work in digital media and create innovation over there?

Digital media is the channel people use to connect with whatever they love. When I was overseeing The Oscars production, my role was to bring The Oscars experience to the people via digital media. People at home could now be a part of the show via their electronic devices. 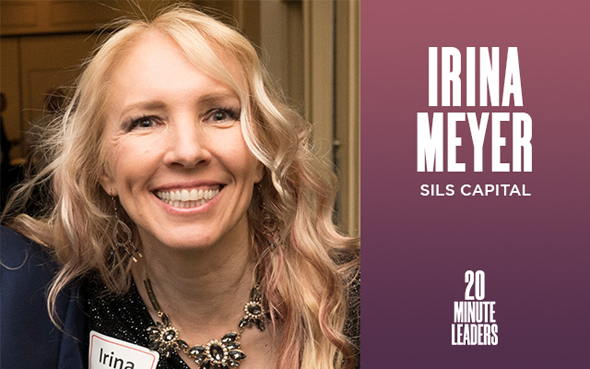 So what does it mean for me to sit at home and be present at the Oscars?

For example, you get invited by receiving the golden envelope. You can opt to go and see where the stars drink champagne; decide the dress the trophy girl wears, which will be a competition among 10 different upcoming designers; or be present at the catwalk where the winner will be announced. On the red carpet, you have digital media hosts who talk to viewers and fans from home and answer their questions.

It was for outstanding achievement in interactive media, and the product was the Oscar Digital Experience.

You're investing internationally as opposed to focusing on a specific geographical area. Is speaking six languages a part of it?

No. I learn languages for years before they eventually become useful, but in the end, it all comes together.

It's unconventional to branch out as I have. I have investments internationally including the U.S., Israel, Switzerland, and recently Bulgaria. But these are calculated investments. I look at companies that interest me, the type of innovation they are working on, the groups I need to work with, and the portion of my portfolio I want to be dedicated to a specific area. This takes me a while, but once I’m ready, I am decisive and execute.

So how do you go and find those deals so that when you want to be decisive and execute you have access to the best deals?

I've created an extraordinary network over the years. I spend a lot of time, perhaps over 80 percent of my time, doing pro bono work for other investors. I get back the most interesting deals that these people are working on, and they share them with me. It's not only with private individuals either. Partners in VC firms will reach out to me and say, "Hey Irina, our fund is investing. Would you like to have some space in the round?" I’ve worked for companies for years without being an official advisor, but that’s how I can help my companies gain value, get to the next level of financing, and reach new audiences. Everything that I do is collaborative; I will share the gems that I find, and I will help others. Usually, I do not expect anything in return, but over the years, some of these relationships have become mutually beneficial. Oftentimes, things will not go through, and I'm completely okay with that. Lastly, I'm never afraid to walk away from something that doesn't work or be outspoken when something is subpar.

Irina, what is the one thing that you're most passionate about? What gets you so excited every single morning when you wake up about the work that you do?

I believe as an individual I can make a huge and positive impact in society, whether it's through volunteering, mentorship, helping fledgling entrepreneurs achieve their dreams, or even helping budding producers get an internship in one of the studios. These are the things that drive me. Giving back and lending a hand without getting anything in return means much more to me than any form of payment or anything else.

What three words best describe you?