Young investors, with their growing volume in trading, especially in tech and cleantech shares, are approaching a critical mass and are beginning to disrupt the old order

The kids have changed the rules. That is the most accurate way of describing what has happened with the shares of a company named GameStop over recent days. The obscure stock, which just four months ago was being traded at $6, has since seen its price increase more than tenfold. Much of the surge has occurred during 2021, with the share climbing 50% last Friday and another 50% on Monday, forcing the halting of trading due to extreme volatility on both occasions.

Contrary to what one might think, GameStop isn't a new share or part of a red-hot sector. It has simply found itself caught up in a generational battle between old and young Wall Street investors, the veteran establishment of institutional bodies against the stampeding herd of young Robinhood investors, who buy shares without thinking about it twice through an app that allows them to do so easily and at a minimal cost.

What started a year ago as a hobby during lockdowns has recently become a phenomenon that is leading to the changing of long-standing Wall Street rules and causing many to wonder if the world is once more heading towards the bursting of a bubble similar to that we experienced in the year 2000. It is safe to say that the shares that have become the favorites of these young investors are indeed becoming disconnected from their true economic value. But what is happening at this time is even more significant than that. The young investors, with their growing volume in trading, especially in tech and cleantech shares, are approaching a critical mass and are beginning to disrupt the old order. What has taken place with the shares of GameStop recently is a great example of this situation and can be compared to a group of kindergarten kids storming a prestigious office of suited businessmen and toppling over the tables and chairs. 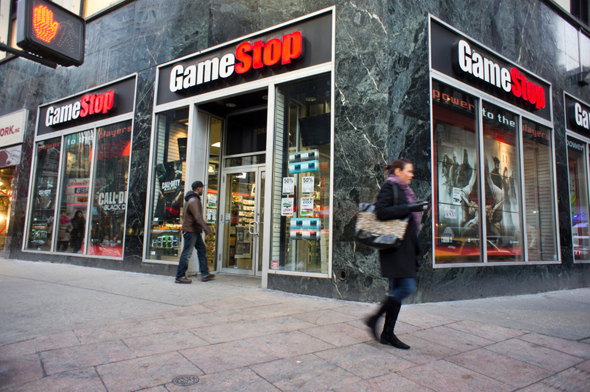 GameStop runs a chain of physical arcades and even experienced some difficulties since the outbreak of the Covid-19 pandemic as it was forced to shut down some of its stores. The company has also got a debt of $500 million. The above led to a massive shorting of the shares, and at one stage it was the stock with the most open short positions on the entire market, reaching almost 140% of its average daily volume. But that is when social media entered the fray, including users with usernames such as DeepFuckingValue. These users started pumping GameStop shares on Reddit, TikTok and Twitter, displaying screenshots of their buying orders or graphs with icons of rockets flying into space.

This all peaked last week when it was announced that Ryan Cohen, the founder and former CEO of e-commerce company Chewy, which some would also describe as a bubble, will be joining GameStop's board of directors. Chewy went public a year-and-a-half ago at a price of $22 per share and is currently being traded at a little over $100, giving the online pet food store a valuation of $44 billion. Its income may be growing quickly, reaching $1.8 billion in the last quarter, but nevertheless it is still losing money.

The far from exciting announcement regarding Cohen's joining of the board sent GameStop's shares to the moon, resulting in the relatively rare phenomenon of a short squeeze this past Friday, a rise so significant in the price that it forced those who shorted the share to buy it in order to reduce their losses.

Friday's surge caused yet another Wall Street rarity, with short sellers Citron Research essentially giving up and tweeting: "GameStop $GME buyers at these levels are the suckers at this poker game," and predicting that the stock would soon go back to $20.

GameStop isn't the only stock to experience a 'short squeeze' recently, with Israeli company Nano Dimension also part of that list, and to a lesser extent Israeli-founded insurtech company Lemonade, which has seen its shares drop by over 15% during the past two weeks after reaching a market cap of over $10 billion courtesy of the 'kids.' It seems that the next target for a short squeeze is famous U.S. chain Bed, Bath & Beyond, which saw its shares rise by 36% on Monday. One of the most popular social media posts on Monday was titled "I'm not selling until it reaches 1,000", and that is for a share that only crossed $100 yesterday. The kids are managing to get the better of even the hedge funds, who are considered to be the most sophisticated actors in the market due to their tendency to short.

Expanding the number of investors in the stock market is generally a positive development. One of the few positives to have come out of the Covid-19 pandemic is the increase in the share of private investors, better known on Wall Street as retail investors, who went from accounting for 15% of trading volume to over 20%. The stock market has created over the years a significantly greater return than traditional saving accounts and involvement in the market contributes to wealth creation. In theory, the entrance of the young investors can help balance the disparity that has only gotten worse since the outbreak of the pandemic. However, should these investors continue to act like a herd and make decisions according to TikTok, they will be exiting the market just as fast as they entered it, but in a far more painful manner.