As part of the agreement, companies from the Gulf's defense sector will also take part in Israeli exhibition in June

The defense relations between Israel and the Gulf States were kept secret for years. Now, after Israel signed an agreement to establish full diplomatic relations with both the UAE and Bahrain, Israel's defense sector companies will be openly participating in IDEX, a biennial arms and defense technology sales exhibition and the largest of its kind in the Middle East.

An official Israeli delegation is also set to travel to the conference, and it may be led by Minister of Defense Benny Gantz, although that is dependent on Prime Minister Benjamin Netanyahu visiting the UAE first as he has barred any ministers from traveling to the region before he does so. 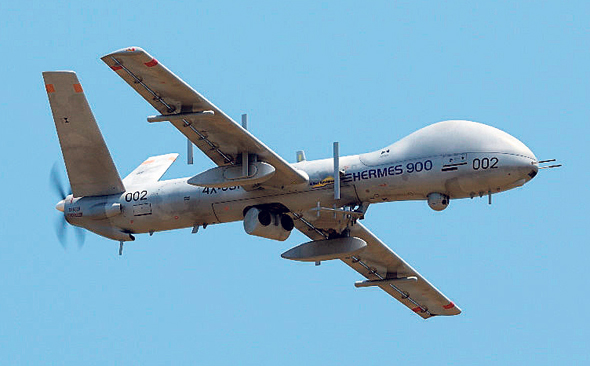 Israel Aerospace Industries, Elbit Systems Ltd., and Rafael Advanced Defense Systems Ltd. will each be setting up their own displays at the exhibition after receiving permission from the Israeli Defense Export Controls Agency to showcase significant weapon systems. Discussions regarding the actual sale of these systems to interested countries in the Gulf are still ongoing.

Israeli companies like drone firm Aeronautics Ltd. and Logic Industries Ltd. have previously sold defense equipment to the UAE, but due to the sensitivity of the deals at the time, they were done in secret and via foreign companies. In addition, only Israelis with foreign passports were allowed to travel to the UAE to train the local users of the purchased equipment. Following the establishment of diplomatic relations, Israelis will be able to conduct such business in the UAE directly and in the open, no longer having to use middlemen.

The participation in IDEX was secured after organizers signed an agreement with the Avnon Group, the organizers of The Israel Defence Exhibition (ISDEF). As part of the agreement, companies from the Gulf's defense sector will also take part in ISDEF 2021, which is scheduled to be held in Israel in June.

IDEX is a five-day event held at the Abu Dhabi National Exhibition Centre which prior to the Covid-19 pandemic would attract 100,000 visitors from across the world to view exhibits and displays by over 1,000 companies from 60 countries. The upcoming event is expected to be smaller due to coronavirus, but unlike similar events, hasn't been canceled.