The Israeli startup aims to add visibility, control and security for DevOps in cloud-native environments

TAGS:
ARMO, which develops a platform that secures cloud-native workloads with in-memory protection coupled with built-in visibility and control, announced its launch out of stealth on Wednesday having secured $4.5 million in seed funding from Pitango First. The company plans to use the funds to expand its go-to-market efforts and commercial offering of its technology.

According to the company, the growing adoption of cloud technologies by enterprise companies has accelerated the use of Kubernetes as the de-facto containers orchestration platform. This results in an issue of limited visibility, control and poor security of cloud-native workloads which existing solutions fail to solve. 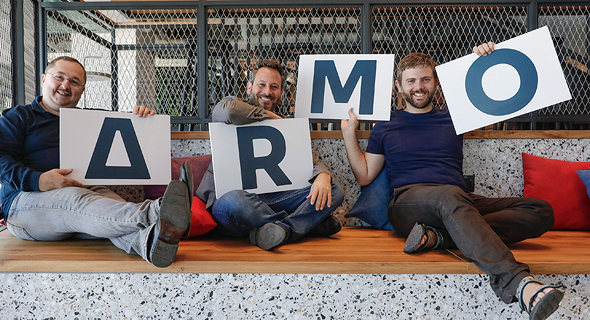 ARMO has developed a solution named Workload Fabric that provides DevOps teams with a new approach to cloud-native workload and application deployment that infuse inherent security and visibility into applications and creates a virtual control plane that can be easily deployed in any cloud-native environment.

"Increasingly sophisticated cyberattacks, such as the recent SolarWinds attack, have underlined the critical need for runtime-based security within the application memory to protect against threats that typically evade existing anomaly detection and policy-based solutions," read the company's press release. "ARMO Workload Fabric provides an in-memory security layer, and governance layers, such as data flow compliance, transparent data protection, and secured tunneling and networking. In addition, the platform seamlessly integrates into the DevOps pipeline at the CI/CD phase, eliminating operational complexity."

ARMO was founded by cloud and security industry veterans Shauli Rozen, Leonid Sandler and Benjamin Hirschberg. Sandler and Hirschberg bring their experience from building the video security solution for NDS, which was acquired by Cisco for $5 billion. ARMO was recently selected to participate in Intel Ignite, Intel’s startup growth program.

"With the growing complexity and highly dynamic nature of modern applications and cloud environments, changing even hundreds of times a day, security gaps like software vulnerabilities and excessive privileges, are becoming harder to monitor and remediate. This highlights the importance of incorporating control and security capabilities at runtime,” Rozen, the company’s CEO said. “Existing runtime technologies such as side-cars and RASP fall short when it comes to security, performance and deployment. I’m thrilled to announce ARMO’s launch to offer the first solution bringing security, visibility, control and compliance to cloud-native environments.''

“It’s been exciting to watch ARMO gear up to launch, and we look forward to seeing it grow,” added Ranny Nachmias, General Manager of Intel Ignite. “The company offers a refreshing new approach to workload control that is all the more critical at a time when enterprise companies need to be able to keep up with the rapid pace of digital transformation in complex environments.”

"The growing misalignment between the adoption of cloud-native and Kubernetes by larger enterprises and the fragmented and costly first-generation solutions such as side-cars, container security, etc. has created a need and opportunity for a new generation of solutions," said Yair Cassuto, Partner at Pitango First, who joined ARMO’s Board of Directors. "Seeing ARMO's novel approach and how it enables the desired continuous control, deep visibility and tight security for any cloud application at extreme simplicity, has led us to join and invest in the company.”

Israeli startups that are working toward saving the environment
Recommended videos