Less than 20% of salespeople improve their work performance through competition, while most prefer short-term challenges, finds startup Enerjoy that uses AI to measure employee motivation

One of the most common assumptions about salespeople is that they are competitive. That’s the reason why companies hold competitions between sales representatives in order to improve their performance. However, it turns out that isn’t entirely correct. Less than 20% of sales representatives improve their performance under competitive conditions, according to data from Enerjoy, a startup has developed a platform based on artificial intelligence and machine learning to boost motivation among salespeople.

According to the findings, some 35% of salespeople improve their performance through cooperation, not competition, while the rest succeed better through personal challenges and not by pitting them against their colleagues. “When a sales manager conducts an internal campaign that is competitive in nature - like awarding an employee for conducting as many sales as possible within a short time frame - 80% of the employees will at best be indifferent but at worst their performance will be impeded,” said Enerjoy’s co-founder and CEO Dror Cohen. 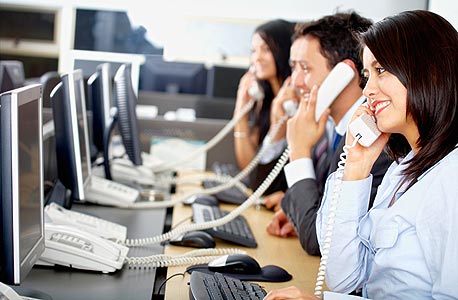 Managers should give their employees positive feedback to boost productivity
He believes therefore that incentives should be customized for each employee, and separate frameworks should be created for those who thrive off cooperation while individualized competitions should be tailored for those who do thrive on competition. Although this data specifically relates to salespeople, it can be applied to any position where an employee is required to reach a quantitative goal, such as in operational teams. However, it cannot be deduced from that data alone that professionals are entirely like salespeople, since the former’s output is not necessarily based on quantified figures but rather on mental efforts. Another interesting statistic found that most salespeople (70%) improve their performance through group challenges and achieve peak performance when operating in small groups of two or three people. In other words, when an activity requires cooperation and offers incentives to employees, it’s recommended to divide them up into small groups. Moreover, the challenges must be short term in character, for a few hours or days, since most representatives (60%) improve their sales performance in the short term, the data found. When managers are interested in incentivizing their more competitive employees, it’s fine to provide them with more feedback compared to other employees, but for others that could be considered too critical, discourage them, and achieve the entirely opposite outcome. Similarly, an employee who feels as if they are running short on time, will not reach their set goals in the long term.

So how can employers boost employees' motivation? “Immediate positive feedback. According to studies in organizational psychology and behavioral economics, we’ve seen that immediate, positive, brief feedback has an excellent effect. It’s a proven fact across all operational levels, and is effective on both strong or average employees. We have also seen a direct correlation between team performance and feedback, for example a team that receives plenty of constant positive feedback from their manager will yield much better results,” Cohen said.

That being said, it is recommended to diversify positive feedback. It doesn’t have to necessarily relate to performance. “It’s important to provide feedback on effort and not just for results, which is something that is often very difficult for managers, but it works and we see a direct correlation with performance results.”

Any activity that is designed to motivate employees may also include material incentives, but Cohen believes that less than 25% of people are motivated only by material or external incentives. For 75% of people, an external incentive (such as a prize) isn’t enough. Similarly, many people prefer prizes that aren’t monetary in character or converted to a salary. “In our systems we have prizes such as a day off, permission to bring your dog to work, an Apple Music gift card, or money that could be converted to an employee’s salary - fewer than 20% of employees chose that option.”