The Deep Learning Revolution: $30 trillion in market value in the next 15-20 years

"During the next decade, tech experts believe that the most important software will be created by deep learning, enabling self driving cars, accelerated drug discovery, and more," writes Liron Rose

There is no doubt that artificial intelligence (AI) is transforming the world. With machines now being able to learn from experience, they are entering every aspect of our lives, undertaking tasks that previously required human intelligence. From virtual personal assistants like Siri and Alexa, Netflix and YouTube’s recommendation algorithms, to self-driving cars. These revolutionary innovations are achieved by deep learning, a subset of machine learning, which uses programmed neural networks, inspired by the human brain, which analyse data and draw conclusions from this data, similarly to humans.

Deep learning origins can be tracked to the 1940s, but the major breakthrough came in the 21st century, mainly for two reasons: 1. The big data revolution - The deep learning model algorithm is based on analyzing large amounts of data. Big data enables the storage of data, in a much more accessible and easy way.

2. Computing power - Deep learning requires substantial computing power, so its implementation is subjected to supercomputing developments. High-performance GPUs have a parallel architecture that is efficient for deep learning. When combined with clusters or cloud computing, this enables development teams to reduce training time for a deep learning network from weeks to hours or less. 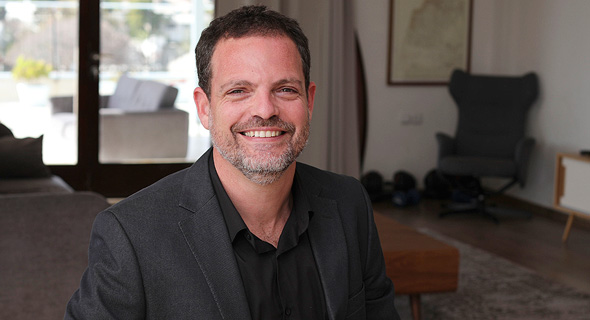 Deep Learning is creating the next generation of computing platforms

Conversational computers powered by AI and smart speakers answered 100 billion voice commands in 2020, 75% more than in 2019. Waymo's autonomous vehicles have collected more than 20 million real-world driving miles across 25 cities, including San Francisco, Detroit, and Phoenix. Consumer app TikTok, which uses deep learning for video recommendations, has outgrown Snapchat and Pinterest combined. In fact, deep learning technologies have been powering all large scale internet services, creating the next generation of computing platforms. However, the deep learning models are not perfect and there are some basic functions of the human brain that they are failing to mimic. These problems lead to the conclusion that deep learning, as we know it today, is not the last word in the field of artificial intelligence technology, and in the coming years further developments in the field are expected, which may create new investment opportunities. $30 trillion in market value in the next 15-20 years As AI training cost grows from $1 million to $100 million per project, specialized processors such as GPUs or TPUs will account for a majority of the incremental growth. The upcoming “deployment phase” for deep learning will democratize access to AI, benefitting not only large internet companies, but every traditional organization in the world. During the next decade, tech experts believe that the most important software will be created by deep learning, enabling self driving cars, accelerated drug discovery, and more. While advances in hardware and software have been driving AI training costs down by 37% per year, the size of AI models is growing much faster, as fast as 10x per year. As a result, total AI training costs continue to climb. We believe that state-of-the-art AI training model costs are likely to increase 100-fold, from roughly $1 million today to more than $100 million by 2025. ARK Invest, one of the leading tech investment professional groups, estimates that data center spending on AI processors will scale more than four-fold during the next five years, from $5 billion a year today to $22 billion in 2025. Although it is only part of the whole picture, ARK estimates that deep learning will add $30 trillion to the global equity market capitalization in the next 15-20 years. Just to explain these numbers, we expect new trillion dollar companies to arise throughout the current decade, several of which have already been established in the last few years. The author is a serial entrepreneur, venture capitalist and has advised tech companies for 20 years