TAGS:
We are privileged to live at a time when diversity is not only appreciated but encouraged. Yet despite the national conversations surrounding gender diversity in the workplace, the world of Venture Capital has remained almost exclusively a boy’s club. Sure, every VC these days loves to attach the words “diversity” and “inclusiveness” to their LP presentations but look behind the perfectly designed memos and the reality is stark. A comprehensive data set of every VC in the U.S. since 1990 shows that, while the lingo may have changed, the diversity stats have remained pretty stable with women comprising only 13% of decision-makers at U.S. firms.

And while in Israel we love to pride ourselves on being lightyears ahead of the rest of the world when it comes to inclusivity (egalitarian in our ethos since the days of our turbulent inception) we are just as bad in terms of VC diversity, with a mere 8% of female partners in Israel.

This kind of gender disparity would be disturbing in any business, but it holds hefty weight when it exists in the VC industry, one with such an enormous impact on the economy and society as a whole.

Investors tend to support founders that mirror themselves, be it in gender or race. Betting on a company takes trust, the kind of “trust” that is gained far more easily when the founder looks like you do. Following this logic, it is no surprise that funding for female-led startups in 2020 declined to an embarrassing 2.3 percent.

An increase in gender diversity in the VC ecosystem would naturally translate to an increase in female founders gaining access to capital. It is simple math: diverse investors result in diverse portfolios, and diverse portfolios support diverse communities. As Barak Rabinowitz from F2 Venture Capital comments that “A team of investors that reflects the population will have much greater chances of finding that elusive team market fit,” and isn’t that the goal of every VC firm?

In fact, it has been proven that diverse teams of investors not only make better decisions but make far better investments. A research report published in Harvard Business Review concluded that the more similar the investment partners of a VC are, the lower their investment’s performance. One example is the success rates of acquisition and IPOs which were 11.5% lower on average for investments by partners with shared school backgrounds than those from different schools. The same trend was shown with shared ethnicity, which reduced investments’ comparative success rate by 26.4%. it is undeniable that this trend applies when it comes to gender diversity too.

The lack of female representation in VCs automatically trickles down into the startups in which they invest, making the ‘all-boys’ mentality, not an isolated problem, but one with reverberating effects. Francesca Warner, co-founder of Diversity VC,states that “without a VC industry that is truly diverse and reflective of the society it is investing in, the startups they're funding can't really be expected to promote and deliver best practice around diversity."

Gender diversity is not only better for the global community and tech innovation, but also produces financial gains for the VCs themselves. It is time for VCs to break out from bro-culture and encourage diversity beyond mere lip-service.

There are many ways for VCs to do this: By providing female executives with opportunities to develop the skills and knowledge needed to assess startups, firms can open doors for more women to pursue senior roles in their firms. By retaining and nurturing talent, and creating meaningful opportunities for career growth, firms can encourage their junior female executives who may be hesitant (after all, they only see white men at the helm).

The notion that women do not desire senior roles in a VC is preposterous. When you let the daughters of tomorrow know that this route is open for them, you will find more banging on the door than you can imagine. 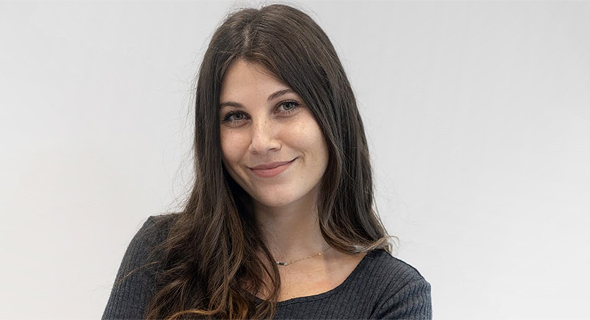 Yaffa Abadi is a Content Manager of F2 Venture Capital, a blogger, and a former business intelligence writer and researcher