Time to agree on how to interact with ET

"It remains counter-intuitive as to why we have yet to develop a comprehensive set of universally accepted and binding protocols for how to both send out and respond to other potential civilizations," says Dov Greenbaum

TAGS:
The Mars Perseverance Rover, launched in July of 2020 successfully touched down on Mars on February 18, 2021. Part of NASA's flagship multi-billion-dollar Mars 2020 mission, the rover will be accompanied by the Mars Helicopter. Together these expensive tools are designed to assess early habitability of the planet and seek out evidence of ancient life with the ultimate goal of seeking out the origins of life potentially on planets other than Earth. Bringing back informative samples collected by the rover, with a stated objective of further researching independent life on another planet, could cost yet another billion dollars.

Most scientists will agree that there is a finite probability that some form of life exists somewhere else in the universe. To this end, humanity has spent decades of manpower and billions of taxpayer dollars seeking out evidence of extra-terrestrial life and even attempting rudimentary communication. The 1972 and 1973 Pioneer 10 and 11 spacecrafts respectively, now hurtling to the edges of our solar system, both included gold-anodized aluminum plaques designed to explain who we are to anyone that happened upon them. For the same reason, the interstellar spacecrafts, Voyagers 1 and 2, both carry 12-inch gold-plated copper phonograph records that display identifying information about our species and images and sounds of our society encoding within them. 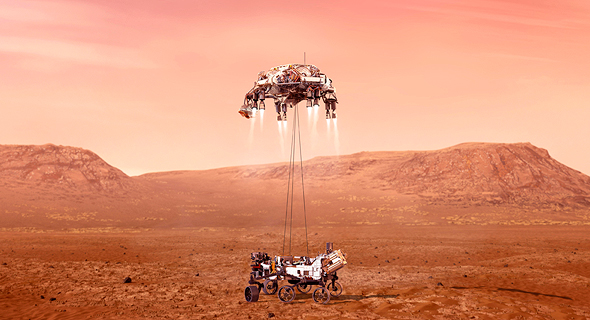 For decades NASA has also been involved with the mostly passive Search for Extraterrestrial Intelligence (SETI) until the US Congress officially cancelled the relationship in 1993, there is now interest in formally revising that collaboration. And even while NASA was no longer officially a partner with SETI, the National Science Foundation (NSF) funded Arecibo Observatory has been a mainstay of SETI research from the 1960s until its recent collapse late last year.

In addition to Arecibo, SETI also uses the Allen Telescope Array, privately funded and designed specifically to seek out intelligent life. Accordingly, in addition to the efforts by the US government, there are numerous other actors, private, public and academic worldwide that are involved in the search of extra-terrestrial life both intelligent and otherwise.

Given these huge efforts, it remains counter-intuitive as to why we have yet to develop a comprehensive set of universally accepted and binding protocols for how to both send out and respond to other potential civilizations. This is especially the case given the potential risk associated with broadcasting our existence to a potentially unfriendly universe. Our own history is proof that we are rarely kind to discovered civilizations, and yet we continue to broadcast anthropocentric signals, directed and undirected, that are even now reaching a distance of 100 light years from Earth. There are thousands of star systems within the current scope of our signal leakage.

Life beyond our own need not be intelligent. Through examining the night sky and visiting our nearest neighbors we may stumble across biosignatures of many forms of non-intelligent life. But, regardless of what life we ultimately find, there ought to be a universal consensus regarding how we interact with that life. Granted we are not approaching these issues and concerns ex nihilo: COSPAR, the Committee on Space Research, has long promulgated its pre-detection protocols for planetary protection to protect non-intelligent life, albeit non-binding for government actors and even less authoritative for non-government private actors.

Similarly another NGO, the International Academy of Astronautics (IAA), has developed a somewhat outmoded step-by step set of instructions in the event of a credible finding of potential life: The Declaration of Principles Concerning Activities Following the Detection of Extraterrestrial Intelligence, adopted in 1989 and last revised in 2010 and a similar draft proposal, with even less legal weight, for sending out signals to planets potentially harboring life. Given how data is now shared across the globe, these protocols are woefully inadequate.

Whatever form any official protocols take, they will need to accommodate scientific as well as social, legal and ethical considerations and be grounded in the reality of the current political and cultural climates. The UN Committee on the Peaceful Uses of Outer Space (COPUOS), while likely the best international body to enact any binding protocols, arguably lacks the incentive to follow through, especially as no life has yet to be found, and such efforts may serve to weaken the authority of the committee, given how much of the scientific community, while actively searching for ancient life, counterintuitively shows disdain for the search for intelligent life.

Further, as a consensus driven organization, it will be difficult to develop protocols that all actors agree on, or that would be effectively binding for private non-state actors.

Ultimately, it is unlikely that the largest space faring nations will commit to formal supervision over some of their space-related activities, for fear that their other activities in space would get caught up in the slippery slope of judicial oversight.

Perhaps then the best system would be a binding agreement that would require nations to create their own national laws and oversight systems to protect life in space from us, and to protect us from whatever is out there. The 1967 Outer Space Treaty similarly requires its signatories to develop national laws.

This is important work. After all, in the cost benefit analysis of developing prudent rules vs the destruction of novel life, or the danger to own, it seems reasonable to at least start the conversation.

Dov Greenbaum is a director at the Zvi Meitar Institute for Legal Implications of Emerging Technologies at Israeli academic institute IDC Herzliya.

There's a new wave of Israeli startups out there: meet the pioneers in B2C, B2SMB, and Passionware