“Everyone’s flocking to our games, but without restaurants and cruises our core proposition was impacted”

Social casino company Playstudios has arrived on the Nasdaq at a particularly stressful time, specifically for the gaming sector. The company which develops social casino games, went public by merging with a special purpose acquisition company (SPAC) just a short time after Israeli-based Playtika went public, and an even shorter time after Huuuge began trading on the Polish Stock Exchange. SciPlay, which began being traded in 2019 can be added to that list as well. All of those companies have a few things in common: they all develop social casino games — mainly slot machine ones where the player doesn’t earn any real money, only extra playing time — and all have significant operations in Israel. While Playtika is clearly an Israeli company, Playstudios, SciPlay, and Huuuge all employ hundreds of Israelis.

Playstudios’ Israeli operations are based on the activities of local company Shaker, which it acquired in 2016. Shaker didn’t start its path in the gaming industry, rather it attempted to build virtual meeting rooms, an online bar called Shaker. After a few years, the company decided to build a virtual casino that would simulate a trip to Las Vegas, back in the days when travel was still permitted. When Shaker CEO Yonatan Maor met Playstudios founder and CEO Andrew Pascal - in real-life Las Vegas - they bonded and that is what led to the creation of their joint game, and the acquisition of Shaker in a deal estimated to be worth several millions of dollars. The game ‘POP! Slots’ is still Playstudios’ flagship game. 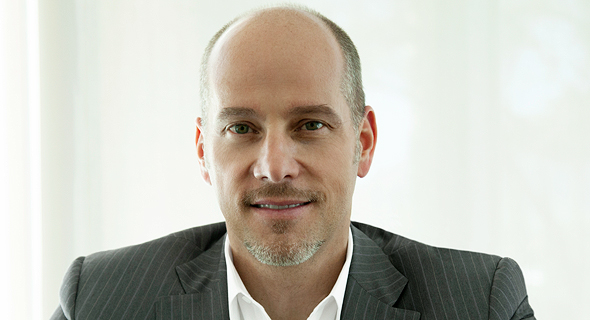 Playstudios founder and CEO Andrew Pascal. Photo: Playstudios
The question, however, is whether Playstudios’ stocks will be the first of the lot to take off. It’s still too early to judge the fate of Playtika’s and Huuge’s stocks which have only been trading for a short time. Veteran SciPlay began to record gains over the past few months, after experiencing a slow shuffle over the past two years. It seems that while private investors are still not racing to invest in social casino gaming companies, the investors’ community of institutional and professional investors are backing the social gaming industry, and do race to invest. Pascal told Calcalist during a joint interview with Maor: “If anything, it symbolizes the deep faith that everyone has in this industry’s future.” Andrew, you searched for Israeli talent in the social casino field and met Yonatan and Shaker, or was it the other way around? Andrew: “We had a mutual investor connect us and knew that we worked in the same field. We found that we were both interested in social casino gaming. We had a similar mentality and shared ambitions, and in the beginning just talked. Afterward, we figured that we needed to do something together.” One of the things that was most appealing to Shaker was the fact that Playstudios, unlike other social casino companies, held licenses to use brands of known casinos, like MGM. Some social casino companies try to cover up their slot machines or bingo games mechanics, by hiding them under as many layers of the game as possible. Playstudios wears that relationship on its sleeve twice fold: it uses branding and similar designs, and uses the PlayAwards system, a type of player loyalty program. Players can win in-game prizes and redeem them into real-world goodies in real-world Las Vegas, things such as free drinks, meals, concert tickets, hotel stays, and more. The prizes are location specific. How many of your players actually go to Vegas to redeem those prizes? And how did you deal with the coronavirus (Covid-19) pandemic which is preventing those who want to travel to Vegas? Andrew: “Naturally, players who are attracted to our games, are also attracted to Vegas. Not everyone can or wants to travel there and it’s something that we constantly examine as we expand our portfolio outside of the social casino area, such as what global partners we want to continue collaborating with and what prizes we want to offer our players. Like everyone else at the start of the pandemic, we benefited from the many people who flocked to play, but we were more negatively affected by the circumstances than our competitors because suddenly, all those concerts, restaurants and cruises we offered as prizes no longer existed and could not be redeemed. Seeing the decline underscored just how central to our model the prizes we offer are. Suddenly, we saw what it meant for our players who couldn’t redeem those rewards.” How did you deal with that? Andrew: “The prizes are still available, and whoever collects them will continue to do so, and once the pandemic ends they can spend them. Obviously, we extended their expiration date.” 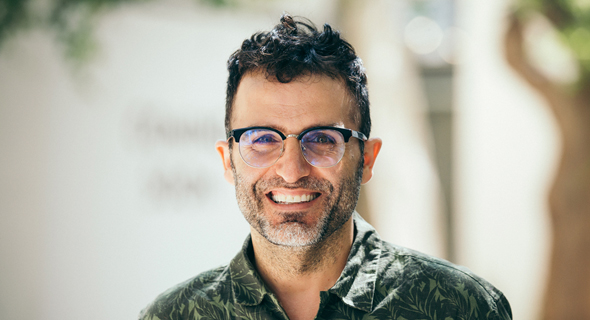 Playstudios-Israel CEO Yonatan Maor. Photo: Playstudios
Do you feel as if your game became a type of digital tourism for some people? Since players can’t fly to Vegas, they can at least play one of these games? Yonatan: “Yes, and we also saw that certain social aspects of the game saw more use. More people spent time in the virtual casino, and spoke to one another more often.” Have you had any regulatory problems with the awards system? Social casino games do not legally fall under the definition of gambling, because you can’t win money, only additional play time. In the U.S. there are currently several attempts to define play time as “something of value.” So, if play time is seen as having value, then certainly prizes do too. Andrew: “Our plan is examined carefully to ensure compliance with the law, and we work hard to explain to the local regulatory authorities in different parts of the world our model, and also adjust it to what is required.” According to Pascal, Playstudios’ model changes easily according to geographic location to comply with local laws.

Yonatan: “The prizes are given for loyalty points. Luck has nothing to do with it, you don’t need to win anything just play the game, and because of this aspect our model will never fall under the definition of gambling.”

Your partners, like the entire tourism industry, face big business challenges now and it remains unclear when those will be resolved. Andrew: “We are committed to our partners. We will help them, and are already doing so. We were partners in establishing the emergency assistance fund for employees in the Las Vegas tourism industry, which has helped them continue paying for their healthcare expenses. We hope that we can also help them promote and revive the industry in the city.”
Buzz