There are signs of a bubble, but the urgency is also the result of past experience and the understanding that such a wide window to the market can’t remain open for long

The IPO window that opened for tech companies over the past year is still not shut, but the strong and frosty winds that are already blowing could well see it slam tight. Israeli company Kaltura and U.S. company Compass, co-founded by Israeli Ori Allon, both published on Tuesday their prospectus ahead of their IPOs. In other times this may have been an unusual day, but not in the current IPO fever which has reached a magnitude unmatched in decades, both in the U.S. and Israel. 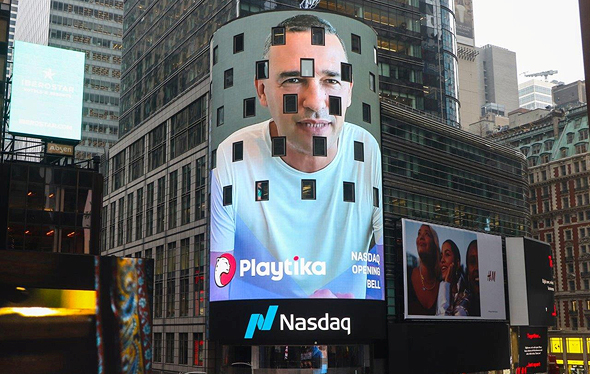 Playtika CEO Robert Antokol. Photo: Courtesy
A $1 billion valuation used to be an imaginary scenario for Israeli companies. Only a select few, like Mobileye, have managed to go public at such a valuation to date. Even Wix, which recently became the highest valued Israeli company on the market, didn't dare dream of a $1 billion valuation when it went public in 2013. The floodgates were blown open by Lemonade and JFrog last year and there are now close to 20 Israeli companies that are at some stage of preparation for going public at more than a $1 billion valuation. In fact, it seems like it was almost not worthwhile to go public at a sum any lower than that over the past year, with such companies, as promising as they may be, likely to struggle to garner the attention of investors.

Considering the number of companies with such high valuations, with the vast majority of them coming from the tech sector, the natural reaction of many investors is to cry "it's a bubble!" The tech market is indeed being hyped up, especially since the outbreak of the Covid-19 pandemic, which showed how complicated our lives would be without the technology that allowed us to move almost everything online. But still, the fact that tech IPOs became a rarity for many years following the dot.com bubble shouldn't be ignored.

Even after the past year's surge in IPOs, the number of public companies being traded in the U.S. is at a historically low number. It is a similar story in the Tel Aviv Stock Exchange, which is blossoming after years of companies being dropped from trading whether due to their move to New York or for various regulatory reasons. In the U.S., for example, there were close to 8,000 companies traded on the market during the final quarter of 1999. In the final quarter of 2020 there were just 4,800 companies on the market according to Jay Ritter of the University of Florida, who is known as “Mr. IPO” for his work on initial public offerings.

Even with the past year's increase, the number of publicly traded companies hasn't grown dramatically from the low of 4,500 registered in 2017. The flow of IPOs almost completely dried up following the bursting of the dot.com bubble and the 2008 crisis, which resulted in interest rates dropping allowing companies to easily raise money from VC and private funds without having to go public.

But in the past few years, a new breed of entrepreneurs with promising and successful ideas has risen, and many companies became too big for the private market. Companies like WeWork and Uber, which grew on the back of the steroids provided by the private market and reached valuations of tens of billions of dollars, received a frosty reception from the markets when they finally decided to go public. That taught investors that when a company hits a certain size it is better to fund its growth in partnership with the public --to share the years of accelerated growth and not just hit the market after they have already ended while the company was still privately owned.

Israeli tech companies are a perfect match for the market's new reality. On the one hand, local entrepreneurs have already worked out how to build startups with revenue of over $100 million, and on the other hand, their dreams are still big enough to attract investors.

It is no coincidence that 10% of the world's unicorns are Israeli or founded by Israelis in the U.S., like in the case of Ori Allon's Compass. On a side note, the prevalence of unicorns, with more than 500 tech companies globally being valued at over $1 billion as of the end of 2020, is another sign that the balance between the private and public markets has been disrupted over the past decade. Unicorns are mythical creatures in fantasy worlds, but in the past decade they have become an everyday creature that walks among us. There is no doubt that in the current wave of IPOs there will be companies that disappoint those who invested in them, but it is likely that those firms will only arrive later on as the party is about to end. At this stage, we are still dealing with the cream of the crop. Especially when it comes to the companies taking the traditional IPO route rather than going public via a SPAC, a route selected by companies that are marketing a dream that they can't back up with their results.

Over the next few weeks, many Israeli companies will be filing prospectus' with the U.S. Securities and Exchange Committee. There are signs of a bubble that bring back unsettling memories of the start of the century when five or more Israeli companies would go public on Nasdaq in one day. But the urgency is also the result of the experience gained since then and the understanding that such a wide window to the market can’t remain open for long. The winds of inflation are already beginning to blow, the interest rates will change direction and private money will have additional attractive investment routes. Therefore, now is the best time to go public for companies that have displayed long-term growth, revenue of several hundreds of millions of dollars and a clear route to profitability. If there is something that Israeli entrepreneurs have painfully learned, even if only as employees and not founders, it is how fickle the IPO market can be. The past week, which was characterized by increased volatility, only stressed the fact that there is a need to hurry and catch this open window before it slams shut.