TAGS:
Israel’s sole satellite communications provider, Spacecom, doesn’t only work with Israeli satellite television provider, Yes, to supply Israelis with entertainment, it also utilizes its highly-advanced Amos-17 satellite to provide health and educational services to underserved communities in Africa. Spacecom is a satellite operator and service provider which possesses its own fleet that streams broadband television and internet services from space across Europe, the Middle East, Asia, and most recently, Africa. The company is publicly traded on the Tel Aviv Stock Exchange, and is one of the oldest and first to join the Israeli space tech ecosystem. While populated areas rely on cable and fiber optics to provide broadband services due to the lower price, satellites are rapidly becoming cheaper, and may be a more reliable alternative as they are constantly able to transmit data and aren't affected by terrestrial conditions such as natural disasters and power outages. The Amos fleet are geostationary satellites, meaning they are located above the equator, over the areas above Spain, Ukraine, the U.S. East Coast, and Africa. 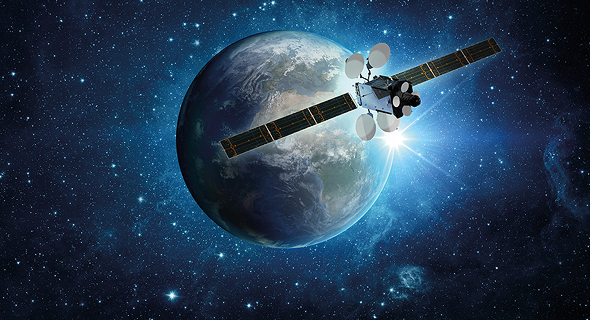 Spacecom's Amos-17 satellite can be used for a variety of applications (illustration). Photo: Spacecom
Spacecom’s newest offering, its Amos-17 which was launched in 2019, is the company’s first digital satellite. While analog satellites transmit audio and video signals over the airwaves similar to radio, a digital broadcast can transmit entire “packets” of compressed data, increasing the efficiency and clarity of broadcasts. Amos-17 is equipped with three different transmission bands, and can transmit data at different speeds and frequencies. “This is a valuable asset to have in the communications industry. Governmental or military data could be particularly sensitive, and require the need to be sent on different channels,” CEO Dan Zajicek told CTech. Amos-17 doesn’t require an extra transmission dish either, which can be very costly. Instead, the satellite is a “repeater,” meaning its antennas are adaptable and can receive radio-frequency signals from a variety of ground stations. Why is Amos-17 an ideal platform for telecommunications companies? “Amos-17 can manage smaller pieces of data and give customers a better user experience, cutting out interferences. Using a single satellite with the same beam can cause interference, but our satellite is digital and allows us to shut off those interferences,” Zajicek explained. In an age where cybersecurity concerns run rampant, the satellite also maintains a very advanced level of encryption to ensure that information isn’t vulnerable to hackers. 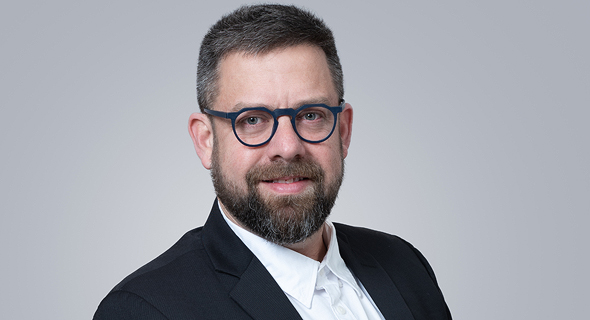 Spacecom CEO Dan Zajicek. Photo: Spacecom
Closing the digital divide in Africa Recently, Amos-17 has partnered with several African countries to provide internet connectivity and services to remote locations. The vast African continent has many challenges in terms of infrastructure, and many places lack electricity and internet connections. Improving such dire straits by sending a variety of satellites or constellations into space would require excessive funding, which isn’t always feasible. “Our satellite is especially designed to bridge these gaps. We want to reach unserved people, and anticipate that we can help close the bandwidth-gap between Africa and the rest of the Western world,” Zajicek noted. As an Israeli company, Spacecom believes it is uniquely equipped to assist Africa due to Israel’s close proximity to the continent, and can oversee and manage the satellite’s operations from nearby. It launched the Digital Community Platform (DCP), a cloud platform aboard Amos-17 that is powered by solar panels, and can provide connectivity and a variety of applications.

The Amos-17’s cloud platform can function as a “school” in the morning, a “clinic” in the afternoon, and as an “internet cafe” in the evening hours. “All you really need is a dish which is connected to the platform,” he said, explaining that one small piece of the satellite can particularly help impoverished African countries. 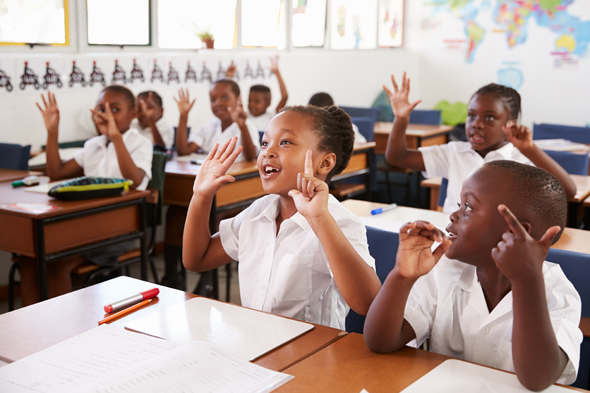 Amos-17's cloud platform that be used to teach children virtually in Africa. Photo: Shutterstock
To help treat and diagnose patients located in remote areas, the company partnered with Ignite Power, a Pan-African developer of vital infrastructure projects such as solar power, to provide clinical services such as taking ultrasounds, providing medical diagnoses, and communicating with doctors remotely via video. Instead of commuting patients across large areas to receive medical services, which can take hours or days, doctors can use a portable clinic for telehealth. If the patient then needs treatment, he or she can later commute to the nearest medical facility.

As for education, Amos-17 has an e-learning platform which can be managed by countries’ governments, who can transfer educational materials to teachers in remote areas, train new educators, and monitor lessons. “The satellite becomes a remote classroom, and all of the data in the cloud can later be downloaded and analyzed by educators,” he said, and was carried out in for a Mozambique for a medical clinical facility.

Governments can also get on board, and issue birth certificates and manage population statistics, enabling them to govern remotely, and provide services for residents who don’t necessarily live in major cities. 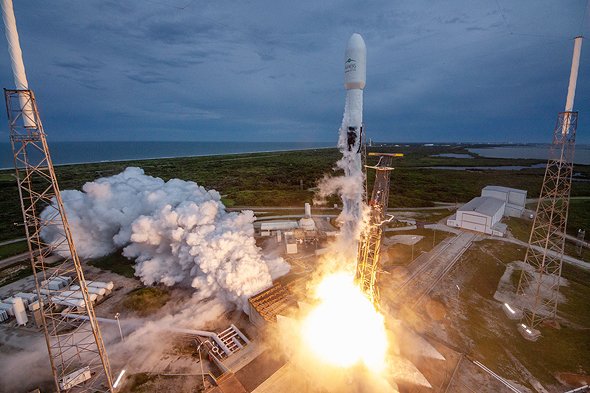 Spacecom's Amos-17 was launched into space in 2019. Photo: Spacecom
What makes Amos Spacecom stand out against other Israeli space tech companies? “While there are companies that build equipment or components for satellites, Spacecom is the only satellite provider in Israel. We are very agile at adopting new technology,” he said. However, the company did experience some setbacks due to the pandemic, since its operations in Africa were on halt for several months. Zajicek relayed that Spacecom hopes to grow its business, and is looking forward to closing some promising deals this year. How will the NewSpace sector help expand the local Israeli space tech market? “I think there are a lot of initiatives in the Israeli space tech market, and although Israel’s satellite usage is minimal, its contribution to other countries’ is immense. Spacecom wants to enable Israeli space tech companies to use our satellites to bring their technologies into space, and help them better understand and develop their services,” he said. “We plan on becoming more active in the local ecosystem.”