Will Israeli taxman go after expat techies who came home during the pandemic?

Despite repeated recommendations from the OECD, the Israel Tax Authority is refusing to back down from its stance that it is entitled to tax people relocating during the Covid-19 crisis.

It is believed that around 100,000 Israelis returned to the country since the coronavirus outbreak began after having lived abroad for a considerable amount of time, usually for employment purposes.

The OECD recommended last April that such citizens should continue to pay tax in the countries they permanently reside in, not in their native countries where they sought refuge. It repeated the stance in January, stating that "because the Covid-19 pandemic is a period of major changes and an exceptional circumstance, tax administrations and competent authorities will have to consider a period where public health measures imposed or recommended by the government do not apply when assessing a person’s residence status." 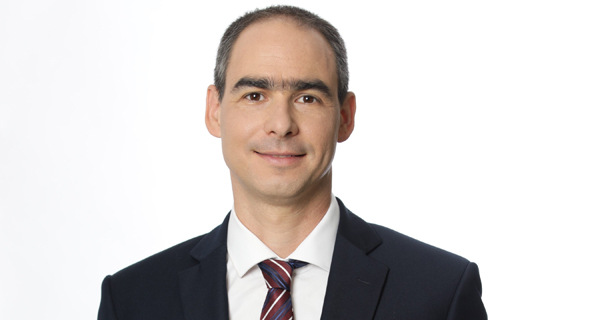 The Israel Tax Authority is nevertheless refusing to budge, with Adv. Yoad Frenkel CPA, partner international tax at Ziv Sharon & Co. law firm and the former Exchange of Information Manger, International Tax Department at the Israel Tax Authority, telling CTech that this could potentially have major repercussions for the thousands of Israeli expats, many of whom work in the tech sector, who have returned to Israel amid the pandemic and may now be required to pay tax in two countries.

"This pandemic brought about a situation whereby many people got stuck in countries they traveled to for vacation or temporary work. There were also cases that people returned to their home countries because their families were there or because those countries dealt better with the crisis," said Frenkel. "Pretty early on we saw people coming back to Israel. I have clients from Italy, China, Hong Kong, and from the United States that returned to Israel because it was pretty successful in dealing with the first wave back in March-April of last year. There was a trend of people coming to Israel and continuing to work remotely from here, especially people in the tech sector."

According to the Income Tax Ordinance, residence is defined by the number of days spent by a person in Israel: if a person spends more than 183 days in the country, or if they spend 30 or more days in Israel in one tax year and 425 days or more in the tax year and the two years preceding it, they count as an Israeli resident for tax purposes. In addition, there is also a "center of life" criterion, which evaluates a person's permanent residence, whether they have family members in Israel, location of assets, social and economic affinities, and more.

Frenkel explained that the OECD wasted little time in issuing guidelines to its member countries back in April of last year, but while countries such as the U.S., UK and Germany chose to adopt them, or come up with similar guidelines of their own, Israel's Tax Authority has refused to accept them, saying they aren't binding. According to Frenkel, the authority has yet to come after Israeli techies who moved back to Israel amid the circumstances and as a result of their time in the country in 2020 are required to pay tax in Israel. However, the fact the authority hasn't come out and announced its intentions is a cause for concern.

"Back in April of last year we didn't know if this would be temporary. Now we can say it is not temporary, and the OECD is saying again that you should neutralize the time in the source country for the purposes of fiscal residents, for individuals, corporations, private income and a permanent establishment. What is interesting in this update is that they bring the guidelines of some of the tax authorities in the world and you see that the majority of countries do apply the guidelines," said Frenkel.

Frenkel added that he foresees many difficulties and disputes arising from the Israel Tax Authority's stance, and that these may ultimately only be decided in the courts. "I worked in the authority until 2010 and I must say that when you look at their conduct in the last decade, it has become rigid. It has become tough," he noted. "The Israel Tax Authority acts according to the premise that if you don't pay tax anywhere in the world, the default is paying tax in Israel, and this symbolizes the approach of the authority, which has become difficult. And if you paid anything abroad, you should prove it to us and if you didn't, we should get everything."