Axonius successfully raised $100 million at a valuation of $1.2 billion last week, becoming a unicorn just four years after being founded

Israeli VC YL Ventures, which specializes in early-stage investments in cybersecurity companies, has sold its holdings in Axonius Inc. for $270 million on an investment of just $25 million. YL Ventures first invested in Axonius in 2017 when it provided $3 million for its seed round and continued to invest in every funding round since to maintain its stake in the startup. The VC recently sold its shares to ICONIQ Capital, Alkeon Capital, DTCP, and Harmony Partners.

Calcalist revealed last week that Axonius had successfully raised $100 million at a valuation of $1.2 billion and became a unicorn just four years after being founded. Yoav Leitersdorf, Managing Partner at YL Ventures, explained to Calcalist the thinking behind the sale of the shares at this time. "We began investing in Axonius already back in September 2017 with a $3 million investment in the seed round. We maintained our stake by investing $25 million in total, but in the latest series D round we decided to sell all our shares for $270 million, making a $245 million profit in three years. We made a 37-fold profit on our investment in the seed round and an 11-fold profit in total." 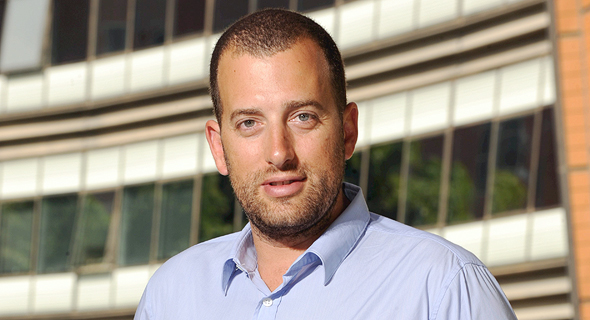 YL Ventures has over $300 million in assets under management, but Leitersdorf admitted that the profits made on the Axonius investment are a once in a lifetime occurrence. "I have never made a $245 million profit from a single company over three years," he said. "This is the biggest return I've had on investment, although it might not be my highest multiplier ever."

The investment in Axonius was made from YL Ventures' third fund, which has already easily made a significant profit. "This is a $75 million fund that has made a $270 million return," he noted. "Axonius is an amazing company that doesn't really have any competition. It controls the market, has an amazing team, a strong management, and is displaying the highest growth imaginable. But we decided to sell because we are a seed fund. By exiting now we did our part for our investors and well exceeded what is considered to be a good return on an investment. Some people may say we could have made a bigger profit had we waited, but the risk increases with time. The market is in a crazy situation right now with crazy multipliers and crazy valuations both in the public and private markets. I experienced the dot.com bubble and I saw what can happen. Bubbles can pop and the market can fall. We did our job for the investors. From a valuation of a few million dollars when we first invested, Axonius reached a valuation of more than $1 billion and we made a very impressive profit."

Axonius was founded in 2017 by Dean Sysman (CEO), Ofri Shur (CTO), and Avidor Bartov (Chief Architect). Its platform integrates information from connected devices such as desktop computers, laptops, mobile devices, and IoT devices, enabling IT and security operations teams to manage and secure them at scale. By integrating with over 200 information security and management solutions, Axonius' platform can be deployed in minutes, giving customers a reliable and comprehensive picture of their assets and devices, discovering information security gaps, and automatically validating and enforcing the organization's information security policies.

“The transition from early-stage to late-stage investors just makes sense as we drive toward IPO, and it allows each investor to focus on what they do best,” said Dean Sysman, co-founder and CEO of Axonius. “We appreciate the guidance and support the YL Ventures team has provided during the early stages of our company and we congratulate them on this successful journey.”