The company's founders talk about their fresh $4 billion valuation, their aversion to SPACs, and the decision not to chase profitability

TAGS:
Nissim Tapiro (51) and Alon Huri (44), two of the co-founders of Next Insurance, how does it feel to be a digital insurance company that was founded only five years ago and is already worth more than Israeli industry leaders Clal Insurance and Migdal combined?

“It is not a new sensation, when we completed a funding round at a $2 billion valuation back in September we already surpassed some of the leading Israeli insurance companies. The air around us is no more rarefied, we may be headquartered in Israel, but we are an American insurance company and over there we are still a little fish in a large pond.” 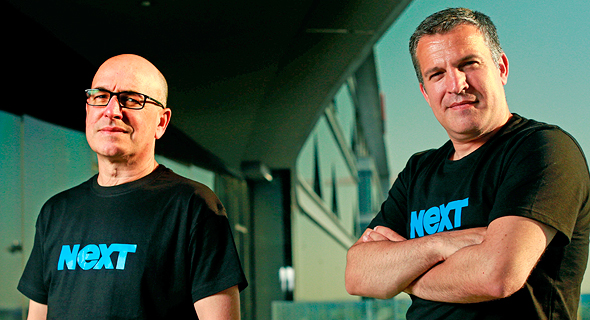 How did you double your valuation from $2 billion to $4 billion as you announced yesterday with the completion of a new funding round led by FinTLV Ventures and Battery Ventures? What justifies such a leap? You can’t avoid the sense that there is a bubble at work.

“People said the same things about there being a bubble when we raised at a valuation of $1 billion a little over a year ago as they are now when it’s four times that amount. Our valuation is closely linked to the small business insurance market’s realities, and we are still far from realizing it in its entirety. It is a $130 billion market in the U.S. alone, which is where we are focusing our efforts at the moment since even if we only see a sliver of that, we’re talking about many billions of dollars. The company has been experiencing strong momentum over the past six months and our figures totally justify the valuation. Last month we acquired AP Intego, which is set to double our revenues to $400 million a year after we reached $200 million last year, we reached 200,000 clients, we released new products to the market, and we also have a significant internal indicator, which is how many clients have more than one insurance policy with us, a number that has multiplied tenfold in the past year. The increase in our valuation is backed by the figures and by the $250 million we raised in the most recent funding round, adding to the $250 million from the previous round, reaching a total of $881 million raised, which is set to finance additional acquisitions and recruiting of hundreds of new employees both in Israel and in Palo Alto.”

There’s one figure that you omitted: the profit line.

“Being profitable is not our goal at the moment. We can turn profitable at the flip of a switch - we can simply take our foot off the gas and curtail our growth. But we are now in an accelerated growth mode. We will hire 350 new employees this year, 100 of them in Israel.”

Despite the funding rounds’ size, they didn’t contain a secondary element that would enable you as founders as well as the company’s employees to realize any of your holdings. Did you change your approach in the latest round?

“We look at employees welfare holistically and secondary sales are a part of that. All of our employees receive shares, we are very generous both in salaries and in options. When they will get a chance to actualize that is a different story. Without confirming that we carried out a secondary sale, clearly few workplaces can offer employees a fourfold increase on their holdings.”

Is it possible that your lackadaisical approach to cash has to do with the fact that you already completed a tidy exit with the sale of Check to Intuit for $360 million in 2014 so that the fact that you are all worth about a billion shekels on paper isn’t as exciting?

“We did well at Check and are happy about what transpired, but that was something totally different. Try as we might, the model there was unstable and didn’t completely work, at Next, the horizon is much grander.”

It seems like these days any company, even those with lower revenues, or no revenues at all for that matter, can get billion-dollar valuations from SPACs. Why not go public now?

“This isn’t our first company, we are not here to take the money and run and that’s why we’re not being dragged into the SPAC conversation. One of our dreams is to build an Israeli company with tens of thousands of employees. We might have gone for it if we thought we had reached a glass ceiling. But we can see the figures coming together to reach a $7 billion to $8 billion valuation. It can happen in a year or in three years, but it can also reach the tens of billions of dollars. It may appear sexy and perhaps it is attractive to others. Going public is in our roadmap, but we don’t see it as something urgent at the moment. Being a publicly-traded company can also hold you back because you operate on a quarterly basis, what we want to do now is to grow rapidly.”

But if the heyday ends, it will harm you too. What kind of effect will downrounds have on companies that are now raising capital at dreamlike valuations?

“We are trying hard to create something of substance and not just circulate hot air. We think and talk in traditional economic terms, but there will always be opportunists around. The focus shouldn’t be on valuations, but rather on the fact that enormous sums are being injected into companies’ bank accounts, and if, heaven forbid, there will be a drop, those companies will actually benefit because they have accumulated mountains of cash. If you look at the capital market, there was an opportunity for a correction during the Covid-19 crisis. True it did fall by 30%, but then it bounced back. That means there is something real going on on the economic level. If this was the case of a 2000 or 2008 bubble, no amount of government assistance would have prevented a crisis.”

Speaking of Covid-19, you offer digital insurance that is easy to purchase from home, the crisis worked to your benefit. Can this level of growth be kept up in the long run?

“The emergence from under Covid-19 will be accompanied by a period of recovery, similar to what came after the Second World War. The digital transformation trend in insurance will not slow down. Less than 5% of small business insurance is currently handled digitally, with the vast majority still involving hand-written processes that last for days or even weeks. During the pandemic, we realized that a large portion of policies are still signed manually and traditional insurance companies, that were unable to come into the office, were effectively shut down. We also witnessed how inflexible they are: we make dozens of changes on average to our products every week, whether that be in actuary or pricing, while the insurance companies, even the most advanced ones, make three changes on average every year.”

“It’s not a matter of age, it’s more about fields of activity: service professions such as accountants, gyms, and construction. We offer competitive prices relative to the competition, in many cases we are cheaper, but our goal is not to offer the lowest price, but to be the fairest and to offer all types of policies under a single roof, instead of each company having to work opposite several insurance companies. We offer general liability: professional, auto, equipment, loss of work capacity, and other employee insurances. Our vision is to become the home for small business insurance and meet all their demands. This also ensures that nothing falls through the cracks, and clients aren’t forced to juggle several insurance companies. We also work closely with insurance agents, but in our case, they receive a rapid digital response so that policy offers are received in minutes and not by fax after several hours. Claim arbitration is also carried out within days compared to the standard 10-day period that is the industry average.”

So you were able to find an ignored niche that didn’t interest the large insurance companies?

“That was one of the reasons we decided to go in the direction of small business insurance after we sold Check. We identified a big opportunity in a field that none of the insurance companies was focused on or had developed an expertise in.”

But if you recognized the niche, won’t others follow suit?

“The competition will have a very hard time competing with the giant matrix we created from the get-go. There are 1,300 types of businesses, each requiring five different types of insurance. Another challenge is the difference in regulatory requirements between different states. In the U.S., for example, some states require insurance for companies with more than two employees and others for more than five. There are also differences when it comes to the actuary. What was amazing is that that was our vision from the start and it took us to incredible heights.”

But if you end up ‘stirring the giants’ how difficult will it be for insurance companies that handle billions of dollars a year to assign a few hundred programmers to the task and provide digital solutions that will compete with yours?

“The behavior of the insurance companies really surprised us, particularly in light of our experience with our former company Check, which operated in the fintech space. In that case, relations with the big players and the banks were tense. We conducted most of the communication with them via lawyers. In the insurance sector, meanwhile, we were embraced from the very beginning, including some companies that invested in us, because they realize that the insurtech revolution is here to stay. They also realize that from a DNA perspective, they can’t take part in it. Even if a large insurance company puts 600 programmers on the job, it won’t turn them into a startup.”

What’s next? If insurance companies can’t develop a digital product on their own, they’ll simply acquire you.

What is the reality like compared to your expectations when founding the company? After all, you had already experienced a good measure of success.

“We could never imagine being where we are now. Despite our past success, we couldn’t imagine the rapid pace that things unfolded at.”