Combining financial technology and human support, Empathy is launching its app for users across the U.S., guiding families through the logistical and emotional complexities experienced with loss

TAGS:
Serial Israeli entrepreneurs Ron Gura and Yonatan Bergman launched their newest startup on Tuesday, naming it Empathy, a platform helping families navigate the journey they face after losing a loved one. The company announced the launch of its application on iOS and Android for users across the U.S. and also a $13 million seed round co-led by General Catalyst and Aleph. General Catalyst has previously invested in the likes of Snap, Stripe, Lemonade, and Melio. Additional investors include Eyal Gura, Ron's brother, and Lemonade co-founder Shai Wininger. Gura and Bergman began their work together at The Gifts Project, acquired by eBay in 2011, and over the last decade have held various leadership positions including at PayPal, eBay, and WeWork. Gura set up WeWork's R&D center in Israel, but retired from the company due to the dramatic changes it underwent and once he realized that its future in Israel, and in general, is unclear. 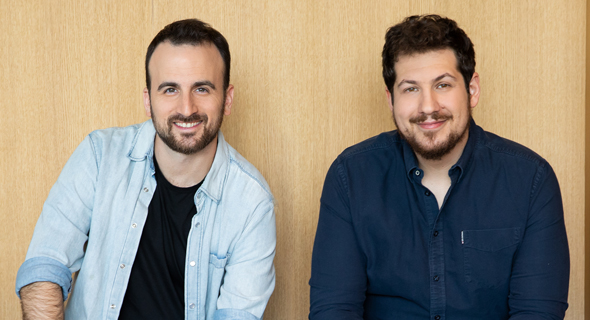 Empathy co-founders Ron Gura (right) and Yonatan Bergman. Photo: Dedi Elias
"I've been thinking about this idea for 10 years. Loss and mourning is something I dealt with personally when one of my employees at eBay, named Mark, lost his wife. Two months later he still couldn't recover from it and I realized that he was dealing with it all the time," said Gura. "I began learning about the topic after leaving WeWork and understood that I wanted to address it. We will be the social workers for all U.S. families." "We must talk about loss and death. Death is the final consumer sector that has remained neglected from an innovation standpoint," Gura added. "There is no other sector that doesn't have any services, applications and technology, and this is only because of our aversion as humans with dealing with death and the chemical-based denial we have from addressing issues related to the end of life. We believe that like with many other sectors, technology can help by providing transparency, lowering prices, making information accessible, securing documents and providing a platform for partnership between suppliers and family members." At least three million Americans die each year, leaving many grieving families in distress, not just from their loss but from the logistical nightmare that follows. According to Empathy, in the weeks and months following a death, these families spend over 500 hours, on average, dealing with immediate needs, like arranging a funeral and validating a will, as well as long-term processes such as account cancellations, estate administration, benefit claims, and property cleanout. Technology makes this bureaucracy more efficient - freeing families to deal with emotional repercussions. "Our product is aimed at the mass U.S. market. The loss industry is built to serve the rich and take advantage of the middle class and there is a lot of exploitation because of the total lack of transparency and the weakness experienced by people during the toughest moments of their lives," said Gura.

"It’s the inherent optimism of human nature that causes us to avoid talking about death,” he added. "But because we don’t discuss it, we miss out on important opportunities to innovate and provide families with technology that can help them manage some of life’s most challenging moments — and this leaves families overwhelmed and underserved. Logistics are made hard by grief, and grief is made harder by logistics. Software can and will play a huge role in helping families deal with loss and will hopefully drive a much needed change in the industry at large."

Combining technology and human support, Empathy provides a digital companion application built to empower bereaved families. Empathy’s software streamlines end-of-life bureaucracy, minimizes tedious tasks, and automates processes involved in the administration of an estate. Simplified steps assist families in completing action items, making informed decisions, and avoiding common mistakes. The experience is personalized for each user to ensure families are not overwhelmed by an excess of information. Human support is available to provide users both emotional and practical assistance, creating a hybrid experience to help families navigate arrangements and grief. “The Empathy team is directing their vast experience in consumer software to significantly improve how people handle the burdens that come with death,” said Michael Eisenberg, Co-Founder and Equal Partner at Aleph. “When grieving, many families do not have the bandwidth to deal with tasks and bureaucracy. By combining financial technology and emotional understanding, Empathy has built a product for the next-of kin with compassion at its core.”