The Cardano ecosystem venture fund is set to provide the Israeli company with around $500,000 to develop its enterprise-grade fintech solutions

Israeli fintech startup COTI announced on Tuesday that it has secured an investment by cFund, the Cardano ecosystem venture fund. Cardano is a cryptocurrency network and open source blockchain project headed by Charles Hoskinson. Cardano developer house IOHK announced last July that it has set up a $20 million “cFund” alongside Los Angeles-based Wave Financial. The fund targets startups and early-stage businesses that use Cardano and other IOHK tech initiatives, with commits ranging between $250,000 and $500,000 for either equity or token stakes. COTI is set to receive funding of around $500,000.

COTI prioritizes the provision of enterprise-grade fintech solutions capable of empowering organizations. The company provides partners with the option to build their own payment solution and digitize any currency they want. 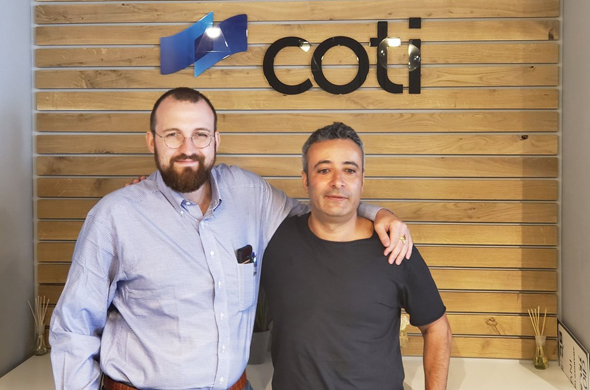 COTI CEO Shahaf Bar-Geffen (right) and Cardano founder Charles Hoskinson. Photo: COTI PR
“I’m honored to have the cFund as investors and supporters in COTI - we don’t take such a vote of confidence lightly," said COTI CEO Shahaf Bar-Geffen. "We’d like to thank Charles Hoskinson, Jeff Pollack and the executive team of Cardano, alongside David Siemer of cFund, for putting their trust in COTI and its technological abilities by making the fund’s symbolic first investment in us. Cardano has one of the biggest and most engaged communities in the space and we are excited to join this family as partners." As a new fund managed by Wave Financial and anchored by IOHK, cFund primarily aims to support projects synergistic with Cardano. After months of conversations and a comprehensive due diligence process, the cFund team signed off on the VC investment for COTI. Both teams have worked together in the past, resulting in COTI creating the first iteration of ADA Pay in 2019. COTI will upgrade that solution to accommodate the Shelley mainnet, expected to be released on the Cardano network over the coming weeks. “We have tremendous respect for the COTI team and we are excited to deepen our relationship with this investment," said Cardano Founder Charles Hoskinson. "COTI has been a great partner across several projects already, and we plan to leverage their advanced fintech architecture to enable future finance applications on ADA.”
Buzz